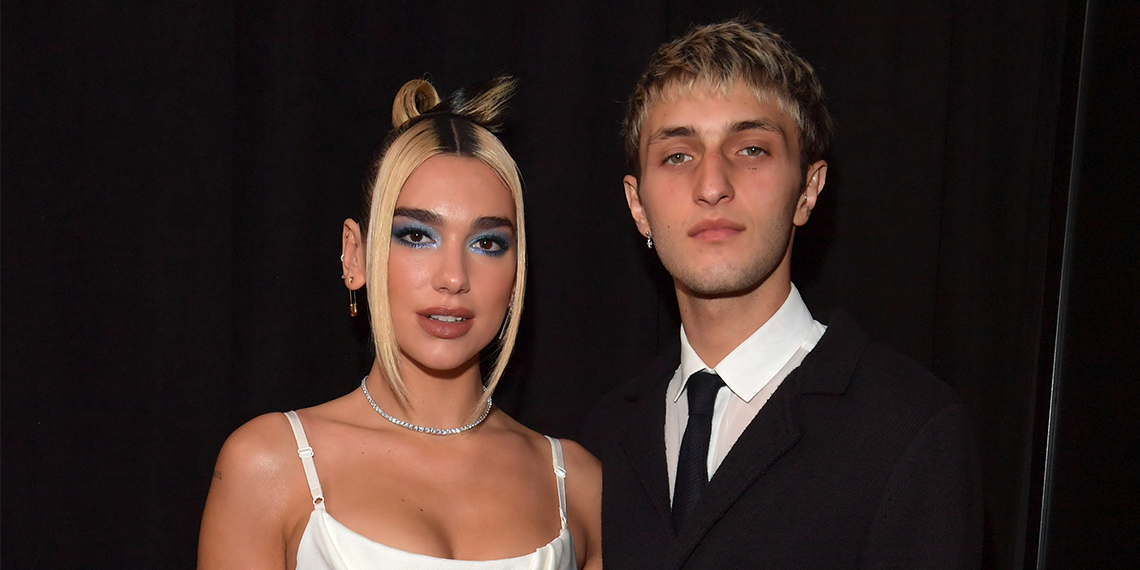 We’re barely a week into 2021, and already we’ve gotten multiple high-profile celebrity relationship developments. Remember back in the early pandemic days, when it felt like no one was doing anything worth talking about? Yeah, not anymore. Over the weekend, we learned that Zoë Kravitz is divorcing Karl Glusman after just 18 months of marriage, and rumors that she is now dating Channing Tatum were swiftly debunked.

Then on Monday, the internet lit up with the news that Harry Styles and Olivia Wilde are likely together. Styles is currently starring in Wilde’s upcoming movie Don’t Worry Darling, and new photos show them holding hands at the wedding of Jeff Azoff, Harry’s agent. These two stories, coupled with the New Year’s Eve bombshell that Pilot Pete and Kelley called it quits, have given us quite the pile of celebrity couple headlines to sift through in the first week of the year. But where do we go from here? We’ve still got 361 days to go, and there are sure to be many more celebrity breakups, new couples, engagements, and divorces before the year is done. Here are some of our very early celebrity couple predictions for 2021.

My first order of business for 2021 is channeling all my thoughts and prayers into the hope that Scott Disick will leave Lisa Rinna’s 19-year-old daughter alone. These two were first seen together on Halloween, and we hoped it was a one-time thing, but they’ve still been spending time together, and they marked the beginning of 2021 with a trip to Cabo. You know it’s bad when the pandemic vacation isn’t even the most cringeworthy part of the situation.

Throughout quarantine, Ben Affleck and Ana de Armas have been providing us with more content than 90% of celebrities, mostly thanks to their daily Dunkin’ walks and the paparazzi being permanently camped outside the gate to Ben’s house. In case you missed the backstory, these two met pre-pandemic while filming their upcoming movie Deep Water. The movie is scheduled to come out this August, so I definitely don’t think they’ll call it quits before then, and despite my natural cynical tendencies, I actually think Ben and Ana might be in it for the long haul. It wouldn’t shock me if we see an engagement ring at some point this year, but I’m not expecting a breakup any time soon.

If you don’t watch The Real Housewives of Orange County, you probably don’t know who these people are, but stay with me, because this is some genuine mess. Braunwyn and her husband, who have seven children together, went on a relationship roller coaster in 2020, which included announcing a separation, sharing that their marriage is open and that Braunwyn is dating a woman, and Braunwyn ultimately coming out as a lesbian. Though she told GLAAD, “I’m not attracted to men, and I never have been,” she and her husband are currently planning on staying together. To each their own, but this week even more eyebrows were raised when Braunwyn (who currently has a girlfriend) said that Sean is allowed to date other people, but she would be “heartbroken” if he fell in love with someone else. While her fellow RHOC castmates have been pretty judgmental, I’ll just say that I don’t see this current arrangement lasting the year.

I’m really going out on a limb with this one, but I just have a strange feeling that Leo is finally ready to settle down. After years of keeping his sights set on the sub-25 crowd, he’s spent the last three years with actress and model Camila Morrone. That’s a pretty long time, and they were seen together in Boston on New Year’s Eve, so it’s not like they’re only hanging out when he’s on a yacht. Granted, at 23, she still fits into his standard age range, and she won’t hit the 25 mark until June 2022, so they could make it through this whole year before Leo gets his usual age-induced cold feet. Only time will tell!

For most of 2020, I was super on board with Dua and Anwar’s relationship. They seemed to have a great time spending early lockdown together in the UK, Yolanda Hadid clearly loves Dua, and overall, they just made sense together. But with Dua getting more and more famous, and Anwar spewing anti-vaxxer nonsense on Instagram, it may be time for her to move on to bigger and better things.

Get Together: Dua Lipa & Jonah Hill

This is a prediction that is based purely on vibes. Obviously, I have a feeling Dua Lipa may be single at some point this year, and Jonah Hill split up with fiancée Gianna Santos back in October. I can see Dua and Jonah hitting it off, and I could see her wanting an older guy after dating Anwar, who is four years her junior. I don’t know how well they know each other, but they were on an episode of The Tonight Show together in 2016, so chances are they’ve at least met. I’m not putting money on this one, unless I’m right, of course.

Taylor’s relationship with Joe, which began in 2016, has been way more low-key than her previous relationships, and until recently she barely even publicly acknowledged his existence. But the longer these two stay together, the more it feels like we’re approaching a big next step, and this feels like the year Taylor Swift finally gets engaged. Realistically though, I could see her keeping it a secret, so don’t expect too much information if and when it happens.

Get Together: Miley Cyrus & A Hot Rando Woman