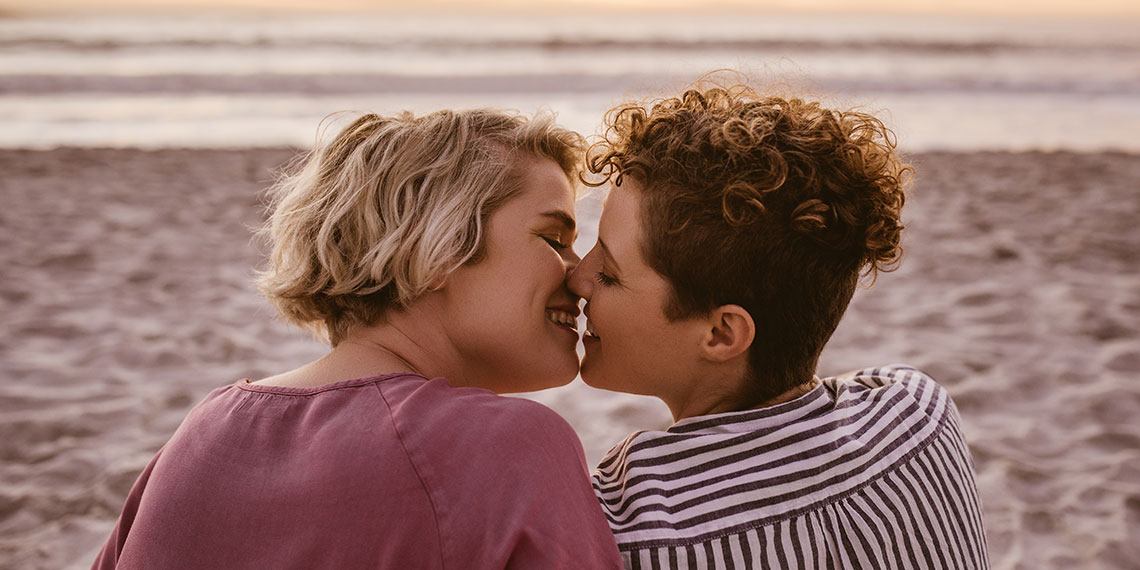 Straight girls LOVE to tell me how gross they think vaginas are. The thing is, the only vagina they’ve seen is their own (which is concerning that they are making that broad assumption based just on themselves… and also that they think their own genitals are gross). The people perpetuating the stereotype that vaginas are gross are lazy men who don’t want to have to reciprocate. Every vagina looks different, and yes it has a smell, but think of all of the cleaning rituals you go through before presenting your puss to someone. No girl is going to come to you on day 2 of her period and day 3 of not showering and expect you to chow down. Girls clean up for other girls just like they would for anyone else. One paragraph is not going to solve internalized misogyny, but trust me when I say that what you have been told about vaginas is wrong as sh*t. You’re telling me that filling your entire oral cavity with a whole flesh tube is less gross than licking a small button of joy? You lyin’, girl.

The rumor is that vaginas are so hard to please that you shouldn’t even bother trying. And we’re just supposed to live with that. However, anyone who has gone down on both men and women will tell you that eating pussy is lightyears easier than sucking dick. It’s actually infuriating how much easier it is when women are told that blow jobs are expected and getting eaten out is a privilege. You don’t get choked, you don’t have to swallow jizz, and you don’t have to deal with balls. There are thousands of articles on how to give a blow job, and all you have to do it just, like, put it in your mouth. You’ll be able to figure out a vagina no problem; it’s just that people don’t think women deserve pleasure. And that’s on patriarchy.

3. It Could Go On For Hours

P-in-V sex has a very predictable beginning, middle, and end. On the other hand, lesbian sex could go on literally forever. There’s no refractory period and no man falling asleep because he came and is over it; you can just keep going until you realize you’ve missed two meals and 16 calls from your friends who think that you’re dead. There may be a snack break in between, a couple minutes to talk about your feelings or compliment each other, and you’ll have to redo your hair once or twice, but other than that, sex ends when both of you say it does.

5. Anything Is Fair Game

There are no rules when it comes to lesbian sex. Whatever feels good, you do. It could be rubbing your clit on her leg, it could be getting fingered from behind, it could be a sh*t ton of nipple play. The goal in girl-on-girl sex is for both of you to have a good time, not to make a man jizz. If you are with a partner who also has a vagina, then they’ll understand exactly how different sexual acts can feel good. You won’t have to be embarrassed to do or ask for something that makes you feel good during sex. The pussy-bilities are literally endless.

6. Scissoring Is Real… Kind Of

Scissoring is a form of tribbing, which is when two vulvas/clits are rubbed together. Scissoring is one of the positions you can do when you are tribbing, but more than likely tribbing will be a little more ergonomic than scissoring. You can trib in a missionary style, cowgirl/reverse cowgirl, or any other way that both vulvas touch. It’s like how a square is a rectangle but a rectangle is not a square; all scissoring is tribbing but not all tribbing is scissoring.

Strap-ons are a fun addition to girl-on-girl sex for anyone who likes that penetration, but it’s possible for girl-on-girl sex to have no penetration at all. I’ll give you a second to process that. Sex isn’t just when something goes in something else; it’s when you are pleasuring or being pleasured by another person. So if that means one person just wants to get eaten out, then they can have that. And tbh, that doesn’t sound all that bad.

So if you have ever been curious about having sex with another girl or another person with a vagina, give it a try. What’s the worst that will happen? You’ll actually have an orgasm? Don’t let the rumors stop you from trying girl-on-girl sex. Just follow your heart. Well, in this case, I guess follow your vagina.