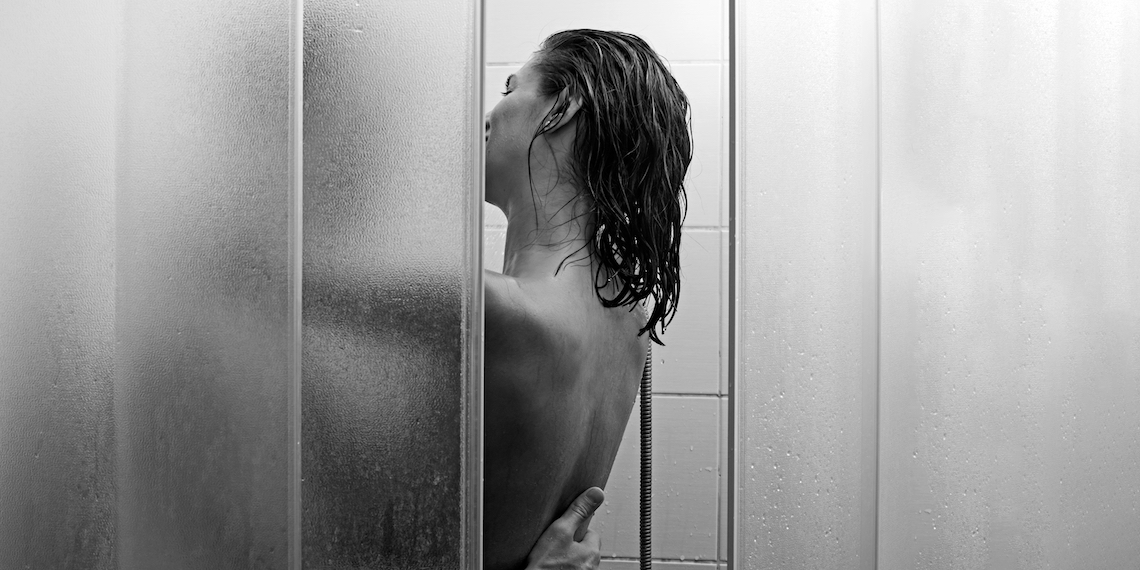 Like so many things that are *supposed* to be fun, shower sex is soooo overrated. It’s right up there with sex on the beach. The only people who like these things are people who haven’t actually done them. There are places sand should not go, people. Tons of movies have shower sex scenes that make it look steamy and sexy, but IRL, things just never work out that way. Hollywood, quit trying to sell having sex in a confined box as attractive. Looking at you, Titanic (car sex is also just inconvenient—they obvi cut out the part where Rose got a leg cramp and Jack finished in two minutes). Also, anyone gross enough to join the Mile High Club in a dirty airplane bathroom knows that it’s about saying you did it, not because your 30-seconds of sex was actually enjoyable. Unless of course, you’re Lala Kent with a PJ, then that seems more reasonable. Let’s stop pretending these things are fun. Here are all the reasons why shower sex is probably better left in the movies.

Most showers are not even equipped to handle two people, much less two people…doing things with each other. Where will you stand? How will you stand? Is there a height difference, because if so, you’re f*cked (but probs not going to get f*cked)? Unless the shower is a tub combo, there isn’t even a decent place to shave your legs! How will you balance? Inevitably, you will end up uncomfortable and probably with muscle strain, if not an actual injury.

Accurate depiction of shower sex, including the face of dissatisfaction:

Too Hot Or Cold

I can only be happy in the shower if I’m essentially being boiled alive. I don’t know why. Does it feel like liquid fire? NOT HOT ENOUGH YET. Either way, there is never enough water for both of you, especially if you live in a sh*tty apartment with zero water pressure. One of you will be too hot (not me, ever) and the other will be standing off to the side freezing to death. Fun!

5 in 1 shampoo be like: body wash, shampoo, conditioner, toothpaste and lube

As my friend put it, somehow “water makes things less wet”. Fact. If your natural lube is washed away, you can’t even effectively add lube without the same problem. Cool, so you’re in an awkward pose, in the cold, and now you’re chafing. Lovely. Nothing like a rug burn on your genitals. Plus, this puts you at risk for sex injuries.

Condoms are more likely to break due to the friction and no lube (see above), or just slip right off. Nothing like ruining sex with the possibility of having a child to ruin your entire life. Oh? You thought shower sex would be fun? Here’s 18 years of money-sucking hell and not being able to leave your home without paying someone to babysit! I should really teach a sex ed class, I think I’d be amazing at it. YOU WILL GET PREGNANT AND DIE.

fell and hit my head in the shower and had to be rescued stark naked by my dad. what did i do in a past life honestly i’m done

This comes off the awkward positioning issue. Slippage. Let’s say you find a position that works. What if your foot slides? What if you fall over? Is he trying to hold you up, because that’s probs gonna be a serious injury risk? Let’s say he slips and misses. That, my friends, is how you break a dick. Slipping in the tub/shower kills more people than sharks, *fun fact*, so maybe just have sex on the bed like a normal person, and don’t risk your life while doing it.

Even if you have waterproof makeup on, you’re probably going to somehow be waterboarded in your attempt to make this work. Nothing is more attractive as having makeup running all down your face. This NEVER happens in the movies, but you don’t look cute in the shower, sorry. And you’ll emerge a scary monster and blame yourself for his not being able to perform.

Can someone else confirm that girls have 3 types of showers; a “quick body wash”, a “hair and body shower” and then a proper “exfoliate shave, moisturise, hair mask, face mask, singalong” like it just DEPENDS ON THE TIME AND OCCASION

Look, I’m in the shower to get clean and clear my thoughts for 20-40 minutes. You would either have to shower before, or kick the other person out to shower afterwards. What’s the point? Like, I need to wash my hair (or wear a shower cap–not cute), deep condition, wash, exfoliate, wash my face, maybe do a face mask, shave, and then moisturize. It is a process. Now I have to schedule time to be dissatisfied AND do all this too? It’s completely pointless, and I have sh*t to do. And any attempt to do these things in a sexy way mostly results in getting shampoo in your eyes, or again, waterboarded.

So, while shower sex looks fun when your favorite movie stars are doing it, it’s just not practical. We’ve probably all tried it once out of sheer curiosity/horniness, but it’s really not worth it. Stick to dry land, and you’ll be both safer and happier.