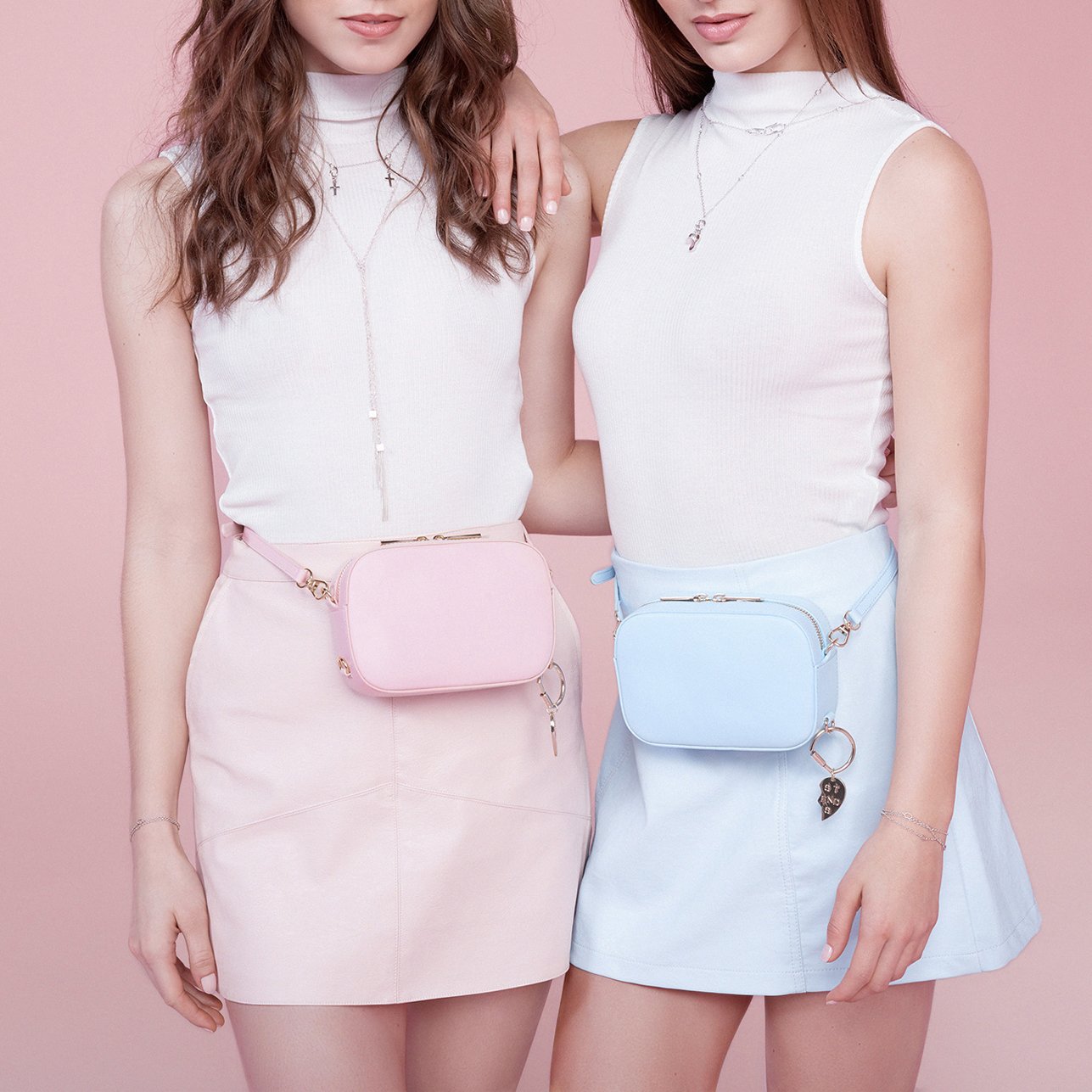 I’m really fucking tired of people acting like the 90s and early 2000s revival is some huge new trend. Like, we’ve all been using our Rachel Green obsessions as an excuse to go braless for a few years now. It’s not a trend anymore, it’s just a part of who we are at this point. Anyway, if you’re going to keep claiming you were born in the wrong decade (but still insist on Snapchatting literally every single move you make), you might want to invest in a fanny pack, or a “belt bag” as designers have been calling them. Here are seven fanny packs you should totally buy before they all sell out when darty season rolls around. I’m also fairly certain that most of these will be able to fit that disposable camera you paid $30 for at Urban Outfitters, but haven’t used yet because it’s a pain in the ass to carry around and, oh yeah, you can’t even get film developed at an actual drugstore anymore.

This fanny pack kind of looks like something a tourist would wear while visiting The Wizarding World of Harry Potter at Orlando, but I’m going to let that slide because it’s pretty cute and fits in with the whole “I pretend to know a lot about astrology” aesthetic we’re all slowly slipping into (like fanny packs, another relic of the past). Fill it with crystals and Adderall, and thrive.

If you don’t have a Pop and Suki bag yet, you should def get one before your favorite influencer to hate-follow gets one first and ruins it for you. These are like, the most Instagrammable things ever. Each of their fanny packs come with the option of free customization, so you can get your name, your Twitter handle, or whatever TF you want printed on the bottom. You have to buy a Camera Bag first, but the $9 fanny strap makes it a fanny pack. Duh. Anyway, you can also buy backpack straps, or use the crossbody one it comes with to feel like you own a million different bags.

3. Shop Betches You Can Put Your Weed In Here Fanny Pack

I mean, this one’s pretty self-explanatory. Under the assumption that 95% of all fanny packs contain weed, we decided to call it like it is and make a fanny pack that you can totally put your weed in. It’s perfect for festivals and nights out.

This See by Chloe bag is actually a pretty good investment if you think about it. It can be worn as a belt bag or as a crossbody, so it’s kind of like you’re actually buying two bags. It will almost makeup for all of your unnecessary Ubers and the workout class membership you never use.

This Herschel belt bag kind of sets the standard for fanny packs that anyone can use. I can picture this on a barista from Williamsburg who’s like, kind of hot, just as much as I can see a sorority girl rocking this on bid day. It’s the perfect accessory for any scenario in which you may want to bring Fireball nips. (Or some for of alcohol that smells less like your sophomore year of college. Up to you.)

This belt bag low-key reminds me of Angelica Pickles’s mom from The Rugrats, and I’m weirdly into it. Like, I kind of want to wear it with an oversized blazer, a bold red lip and a side ponytail. Like a few of the fanny packs on this list, this one is also convertible, as you can remove the strap and use it as an envelope clutch. How clutch. (Ew, sorry for the dad joke.)

This fanny pack is cool because it’s holographic in a “this would look cute at Coachella weekend one” kind of way, and not in a “I’m tripping acid at a random music festival on a farm in upstate New York” kind of way. It also has a lot of pockets, which you’ll be grateful for when your friend asks to borrow your chapstick and five tampons don’t come flying out, too.