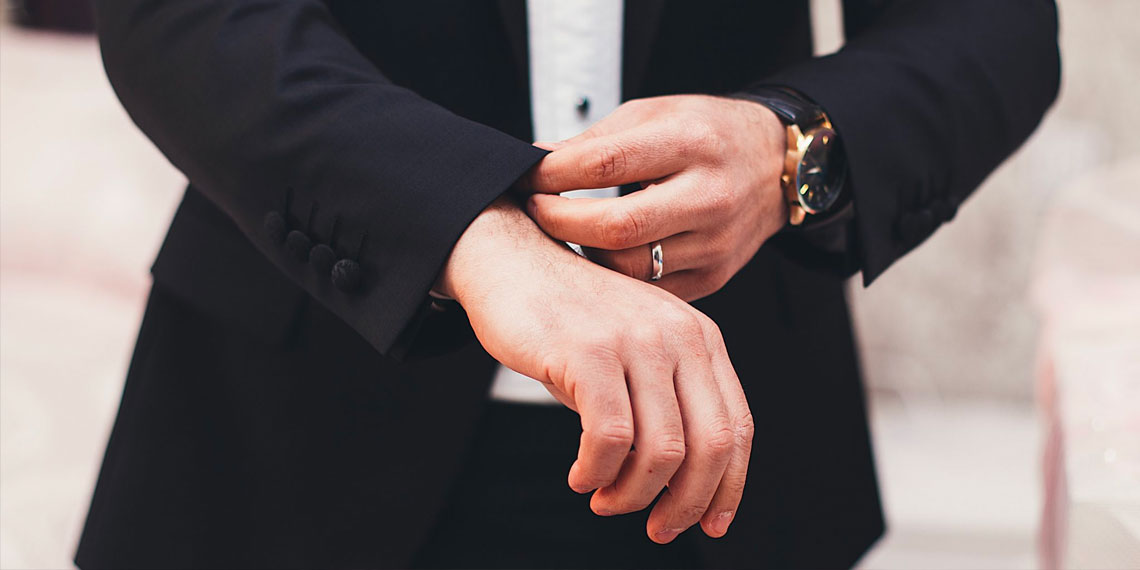 Nowadays, it seems like we only hear the bride’s perspective on wedding planning because, let’s be real, in most cases, it’s the bride who is calling the shots. But I’ve also seen my soon-to-be-wifey’s friends write off their future husbands’ opinions due to their immediate lack of interest in color schemes and calligraphy options. The majority of grooms know better than to question their future wives about all things wedding related and will do anything to avoid getting their head bitten off. However, that doesn’t mean he doesn’t have opinions and preferences. Marriage is about compromise, and it’s important to consider how your future husband feels. So, from all the silent grooms out there, here are some common (and important) things they want you to know while you’re planning your wedding.

1. They Don’t Need To Be Reminded On A Daily Basis Of Everything They Have To Do For The Wedding.

Yes, there are a million and one things to do leading up to your wedding day. Yes, your groom is highly aware of this. Trust that he will show up to every appointment or tasting (and if you can’t, you have a bigger problem than just wedding planning). He will also handle picking out tuxes or suits for himself and his groomsmen. Don’t assume the wedding isn’t a priority to him just because he hasn’t made a Pinterest board for it. Cut your future husband some slack—he bought a ring and proposed without your help. He will show up for the important stuff.

2. They Don’t Want To Argue About The Details, Especially The Guest List.

but it’s the only date my dream venue isn’t booked!

One of the hardest parts of planning a wedding is coming up with a guest list you both think is fair. Your groom doesn’t want to argue over which guests get a plus-one or who has more family members on the invite list. Don’t give your fiancé the silent treatment when he says hell no to inviting your entire sorority pledge class (think about it this way: the fewer people you invite, the less thank you notes to write).

3. If They Disagree With You, It Doesn’t Mean They Don’t Respect Your Opinion.

Similar to arguing about the guest list, there will be things you don’t see eye-to-eye on. Your groom might take a firm stance on having a band vs. a DJ, and it might not be exactly what you envisioned for your big day. But, like we said in the intro, compromise is key. One of my best friend’s grooms wanted the band to play the Eagles Fight Song during the reception, and this almost gave her a heart attack. She couldn’t even begin to see how this would be a good idea, but agreed to it anyway. It ended up being hilarious and everyone had fun singing along. Point is, it’s impossible to agree on everything, and he still respects the hell out of your taste even when you disagree, so give him the same courtesy.

4. It’s Only One Day And No Matter What Happens, The Rest Of Your Lives Together Will Be Even Better.

The average bride can spend one to two years planning for their wedding day. During that time, it gets hard to remember that it’s only one day and not the rest of their lives/marriages. It’s also one day that will go by very quickly. Your groom needs you to know that this is only a tiny piece of your story together and you will have so many more important and bigger moments to experience in the years to come.

5. They Fell In Love With You Long Before The Wedding Day And Will Still Love You Even If Everything Isn’t “Perfect”.

This goes back to the “it’s only one day” point above. Your groom already thinks the world of you. I mean, hey, he’s even given up his bachelor lifestyle to commit to you. Being with you is way better than playing hours of Fortnite on dual TVs with their roommates. So don’t sweat the small stuff. They will still love you if your florist accidentally uses the wrong color peonies in the bouquet or if your hair and make up team isn’t on schedule (even though they do wish you would spend less time getting ready). Their love for you is bigger than this day!

Devin Allen is an expert ex-bride who enjoys giving unsolicited wedding and relationship advice. When she’s not charging her crystal collection or meditating over her money candle, you will find her creating content for d.i.y.BreakUp. A company she co-founded to support called off engagements and weddings!