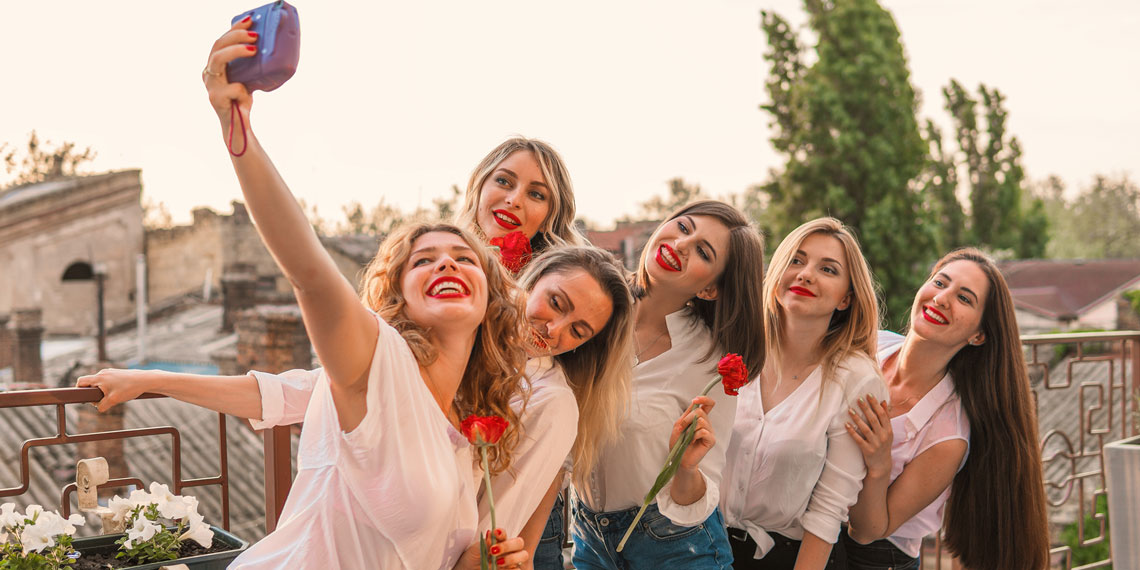 5 Things A Bride Should Never To Do Her Bridesmaids

Listen, I get that you’re excited to start planning your wedding. Pinterest is filled with ideas that almost actually make it look like bossing all of your friends around managing a team of bridesmaids will be a fun experience, filled with script fonts and floral robes. While bridesmaids are typically treated like shit in movies and TV shows, it’s important to remember that these betches are (probably) your actual friends that you’re going to need favors from for the rest of your life. So like, it’s pretty important that you don’t mess it all up and make them hate you. Bridesmaids can totally ruin your wedding by getting engaged or showing up pregnant, so it’s probably within your best interest to keep them at least mildly satisfied. Here are a few things to avoid doing to your bridesmaids while you become a total bridezilla.

1. Propose To Them In A Non-Instagrammy Way

At the very least, your bridesmaids are going to feel obliged to take a photo of the box of random shit you’ve given them asking to be your personal slave for the next 423 days. If you’re lucky, and they don’t have much else going on in their personal lives, the photo may even make it onto the main grid. Do them a favor and give them good stuff to photograph. Nobody wants to see another boring box with a miniature bottle of Barefoot Bubbly Pink Moscato and a poorly executed DIY frame.

I mean, this is the most obvious point there is. If there’s a Katherine Heigl movie about it, it’s safe to assume it’s a cliche. Everyone knows bridesmaids have to wear fugly dresses so the bride doesn’t really need to compete with anyone. Don’t overdo it, though. Remember that it’s your wedding too, and although your college roommate may have a better body than you, the heinous wrap dress you’ll force her to wear will live in eternal memory through all of your wedding photos.

There is a very finite amount of energy a bridesmaid can put into pretending to give a shit about helping you plan your wedding, so please keep that in mind. While some of your bridesmaids may be genuinely excited by the prospect of wedding planning in the beginning stages, this will fade as quickly if you don’t find a systematic way to enlist the help of your team of friends. Try limiting wedding-related talk to set times, like brunch, or specific spaces, like a private Facebook group (which also has the potential to be pretty annoying, so be careful with that one).

4. Force Them To Look Like Idiots At The Bachelorette Party

If you’ve ever even been out in a public place that serves alcohol during the summer, you’ve probably seen a gaggle of bridesmaids in ugly tank tops that say stuff like “bride tribe” traipsing behind a betch dressed in all white. (Unrelated observation: at least one of them always has a Coach wristlet in hand. It’s probably an older cousin or sister, or a coworker that was recruited for her impeccable handwriting skills.) Anyway, take that Etsy shop out of your bookmarks and order one of our non-embarrassing Betchelorette tanks instead.

5. Make Stuff Sound Like It’s Going To Be More Fun Than It Will Be

Your bridesmaids are not dogs that can be tricked into going to the vet with a treat. By that I mean, you need to stop acting like mimosas are the solution to everything. If you need your bridesmaids to help stuff and stamp your wedding invitations, don’t disguise the day as a Stuffing and Stamping Soiree. Cut the shit, provide drinks, and let them know that they’re probably going to leave with a few papercuts.