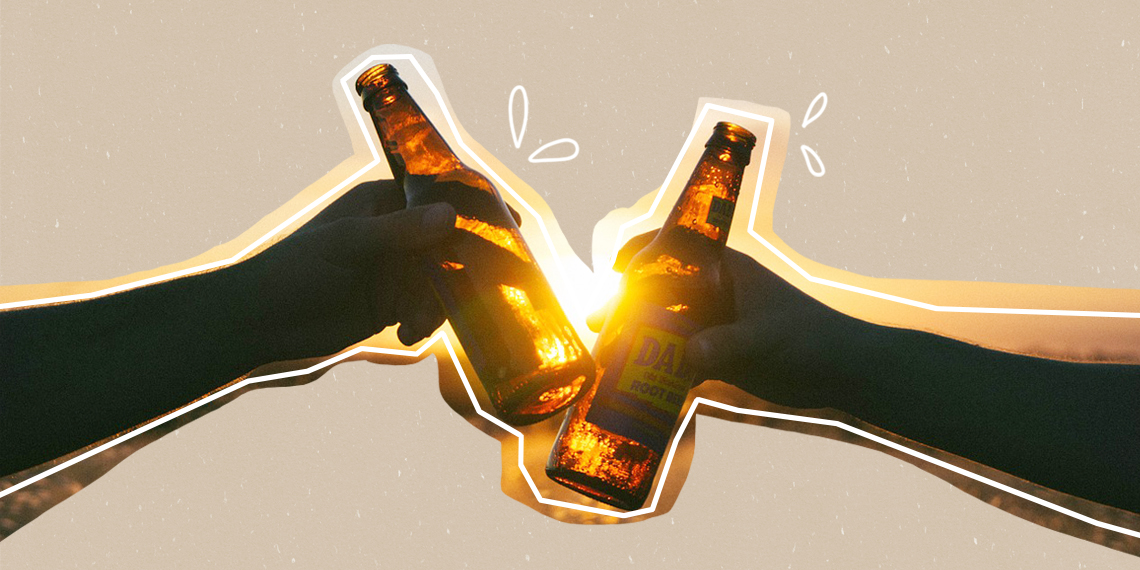 When I was a young and naive college student, every post-grad made me swear to live it up because everything goes downhill after you graduate. I assumed they meant that I should party a lot, so that’s what I did from day one until the night before graduation. I mean, when I was in college, all I had to do was not die, and boom, I’ve had a successful night out. Fast-forward almost three years, and I’ve realized the young adults who warned me about life after college were right. Adulthood sucks, especially in a city like New York, where everything is too small and too expensive. And what terrible excuse for a human being decided that paychecks will be given on the same day rent is due? Show yourself! Anyway, as much as being an adult has ~changed me for the better~, I still like to have a good time on a Saturday night, so here are five places in NYC for you to enjoy your hard-earned night out when you’re not 21 anymore. Blessed be the fruit.

Ok I know Sweet & Vicious like, can be kind of a college bar, but if you go before 3am, you can have a great time while avoiding the underage youths ripping shots and engaging in disgusting PDA. This place also has a great happy hour starting at 2pm daily that includes not one, not two, but seven flavors of margarita. If that’s not a hard sell, you need to reevaluate what’s important in life. It’s also in a truly perfect location, so you can either enjoy a delicious, cheap, après-work glass of wine or ball out on vodka crans at 2am. You do you. I like this place because the DJ seems to only play music from like, weird years in music (remember 2008? If not, that was the year “Love in This Club” came out), but I’m not mad about it. Admittedly, Sweet & Vicious is never the plan, but if we are in the East Village, it’s always where we end up. I like to think that happens for a reason, and that reason is I’ve never paid for a drink there. I don’t think it’s because I’m like, beer commercial hot, I think it’s just because there is always a crew standing near me and my friends with an extra few hundred bucks to burn and we are clearly okay with free drinks. Again, not mad about it. One of the most alluring qualities of this place is that it’s right in the heart of charming and sometimes gross Nolita, which means it’s like three blocks from Prince Street Pizza, Little Cupcake Bakeshop, and my booty call’s apartment.

I went to Pulqueria for a birthday party and when the Uber dropped me off in front of a nondescript red door on a random, lightless side street in Chinatown, I swore my days of UberPOOL were over because the driver clearly dropped me off lightyears away from the restaurant to keep my co-rider on a more direct route. LMK if you’d sign a petition to end that policy immediately. Anyway, plot twist: the weird, slightly creepy red door was the entrance to Pulqueria. (If my Uber driver is reading this, sorry for the bad rating.) Ok so, the inside of this place is not to be believed, as it is the exact opposite of its slightly terrifying surroundings. Not going to describe the interiors (you’re welcome), but this place is insanely chic and that is all I will say about the decor. Anyway, like I mentioned earlier, I was there for a birthday, so we had a Mexican feast of literally every item on the menu, several pitchers of margaritas, and the most incredible tres leches cake I’d ever tasted. Also, the only thing the birthday girl wanted on her special day was for everyone to get wasted and, because I’m such a good friend, I obliged. The margs were incredible and the tacos were…I honestly don’t remember, but I didn’t get food poisoning. So good thing everyone was sh*tfaced because after 10:30pm, half of the restaurant turns into a club complete with incredible music, dancing, a full-service bar, and beautiful people. I felt like I was in that Zoolander scene when Derek tells Hansel that he thinks he’s too cool for school, but news flash, he isn’t. If you don’t know what I’m talking about, you’re too young. Go to bed.

Join us this year for our special NYE Party Dec 31st! Latin beats from @damn__kiki

Ok I shamelessly love speakeasies. Judge me, I don’t give a sh*t because I have no shame in my game. They are always small, dimly lit, and filled with attractive strangers. What’s not to love? Plus, Soul is above a Five Guys in the West Village, which is a game changer if you ask me. If I can drink beautifully crafted cocktails on a velvet sectional all night and grab a burger on my way out—I think it’s safe to say I’ve struck gold. Here’s how I know Soul is a good time: I went there with my friend, her boyfriend, and another guy, who happened to be very attractive. It could have even been a double date, who knew at that point? However, he could not have been less interested in me and definitely made sure I knew that, and I still had a great time that night. We staked our claim in the back room, where they only played Kanye circa 2006 and didn’t let anyone else in after we sat down. If that isn’t good service, someone please tell me what is. Bottom line is Soul is fun and chic, so if you can hold your own in a swarm of Instagram models, whisper the password to the dude near the staircase and head on up.

Ok full disclosure, Feast is neither a bar nor a club. It’s a really small, posh restaurant on Third Avenue where the cocktails are overpriced and so small that they may as well be served in a thimble. But there’s something about this place that is just lovely, and that is the only way to describe it. Call me old but if having a delicious drink with a side of truffle mac and cheese is wrong, I don’t want to be right. Feast is where I go if I’m trying to impress a new boyfriend with my non-divebar taste (is anyone impressed? Text me back and LMK!) or if I’m done with dinner and am not ready to stop drinking/eating for the night. It’s right near Union Square, so if you don’t feel sophisticated enough to be here, there are a ton of sh*ttier options nearby to suit your plebeian needs. But back to Feast: the food is really good, the bartenders are all attractive and want to talk to you (but not in like an Uber driver kind of way), and the drinks are truly works of art. Did you know there are edible flowers out there? This place knows! If you want to have a late but chill and respectable evening, Feast is the game plan and I will meet you there.

Honestly, the only reason I even went here was because it looked like a blast in Midnight in Paris and I wanted to party like Zelda Fitzgerald. To my surprise, it is actually really fun and there were no tourists in sight! There is always a line out the door and around the corner, so if you want to skip it, you better be wearing something that’s the equivalent of slipping the bouncer a $100 bill. I was legit in jeans and lingerie and, yes, I hate me too. Like Feast, Bathtub Gin is a scene, but like, a completely different scene. It’s a swanky bar whose specialty is gin cocktails. As an expert in all things alcohol, I can say that gin tastes like nail polish remover, but the cocktails have so much other, better tasting ingredients in them that you don’t even taste it. The only not-so-amazing thing about this place is that it’s like, so far on the West Side that if you get there and realize you’re not cool enough to be there, you’ll have to spend a bunch of time and money getting home. But that’s a risk I’m willing to take.