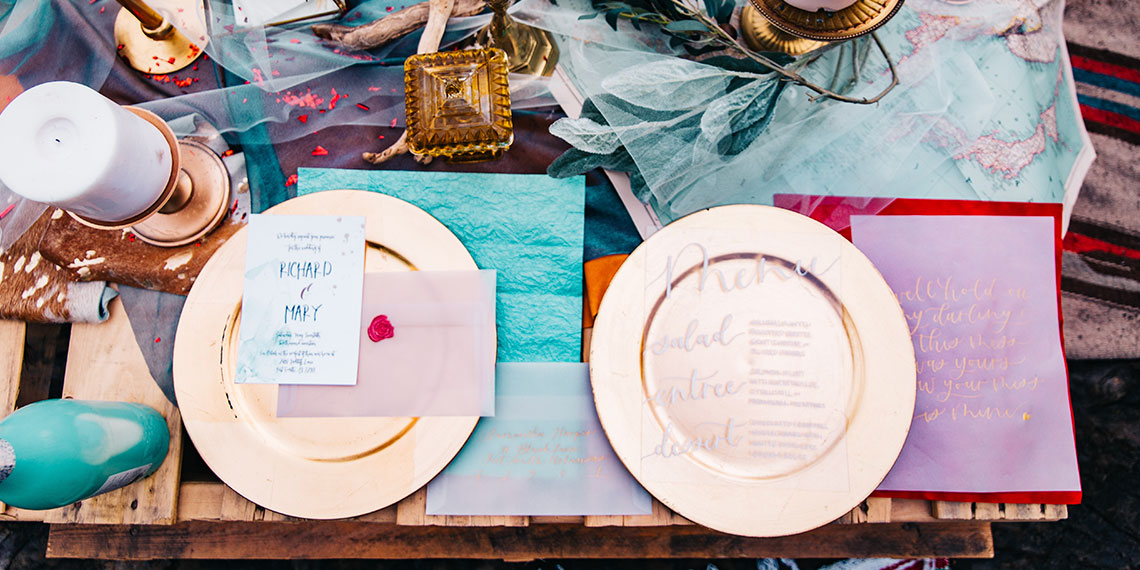 5 People You Don’t Need To Invite To Your Wedding

#Nonewfriends is the mantra you should live by when you’re creating your guest list for your wedding. Too often, couples let their guilt get the best of them and end up inviting people they don’t really want there. Let’s face it, there are going to be people on your proposed list that make you and your fiancé ask each other, “Do we really need to invite them?” Think of it this way: would you want a framed picture of you with them in your wedding dress hanging in your house in 10 years? If the answer is no, they shouldn’t make the cut. Here are five people you can definitely “forget to invite”.

1. The Sorority Sister Whose Wedding You Attended Five Years Ago

you just got unfollowed | @carlyaquilino

You were thick as thieves in college, pregamed semi-formal together, and you even visited her hometown during summer break one year. She got married right after graduation and you attended her wedding. Here’s the catch: you haven’t seen each other since then and the only reason she knows you’re engaged is because she follows you on Instagram. You may feel like a huge bitch by leaving her off the guest list, but if you haven’t spoken to her in the last year (happy birthday texts don’t count), axe her. Weddings are priced on a per-head basis, so not inviting her will save you a few hundred dollars. Since you don’t see each other on the reg, you won’t have to face her and explain that her invite must have gotten lost in the mail. Let go of the guilt and move on.

Just because you talk about your wedding with the people you work with doesn’t mean you’re obligated to invite them. Sure, they threw you a surprise party for your engagement and listened to you bitch about your fiancé’s lack of involvement in planning, but unless you regularly hang out with them outside of work, remove them from the list. They’ll probably be relieved not to receive an invite, especially if you’re getting married in a different state than the one you work in. If you’re struggling to figure out what to do about a specific co-worker, think of it this way: if you left the company tomorrow, would you still keep in touch with this person? If not, then they shouldn’t be at your wedding! It’s not in your job description to include everyone on the guest list, so invite who you want to invite.

It’s possible you or your fiancé will see names of people on the proposed guest list that you had no clue you were even related to. In some cultures, it’s tradition to invite every single relative to the wedding, regardless if you’ve met them or not. If that’s not the case and your mom is pushing to add Great Aunt Sylvia to the guest list, approach mom calmly and explain that you and your fiancé want to keep the wedding to close friends and family. If that doesn’t work, bring up the money factor. Again, weddings are priced on a per-head basis, so if you show your mom how much she’ll save, she’ll probably want Great Aunt Sylvia to stay home. Plus, her hip is bad anyway, so you’re kinda doing her a favor.

No, you don’t have to invite your cousin’s 2-year-old daughter who cries whenever her mom isn’t near her for 10 seconds. Asking guests to leave their kids at home isn’t an unreasonable request, especially if you give them plenty of notice. Who wants seven attention-hungry kids taking over the dance floor at your reception or hogging the late-night snacks? TBH, your guests who have children will probably be relieved that they can’t bring them along. It’s a nice excuse for them to enjoy some kid-free time for a few hours. It’s important you don’t put this explicitly on your invitation, though. Put only the parents’ names on the envelope and make a note on your website that it’s an adults-only affair. You can even offer childcare if you know that a guest has no other option than to bring them. Bottom line: if you don’t want kids, don’t invite them.

5. Anyone Just Because They Invited You to Their Wedding

This is not a reason to invite someone. It might feel awkward not to include them, but think about the situation in reverse: if you knew you were being invited to a wedding solely because you invited them to yours, wouldn’t you feel a little less welcome? Guests at your wedding should be people you want to celebrate your love with, not people who are there because you feel like they should be. If you strongly believe it will be more awkward later on to not invite them, that’s your prerogative, but you’re not breaking any wedding etiquette rules by leaving them off the list.

Overall, push your feelings of guilt aside and be selfish with your guest list. There’s no reason you should feel like you have to invite anyone (unless mom insists and she’s writing the checks), so take that red pen and start crossing off names. Your wedding only lasts a day, so why spend it with people you don’t want there?