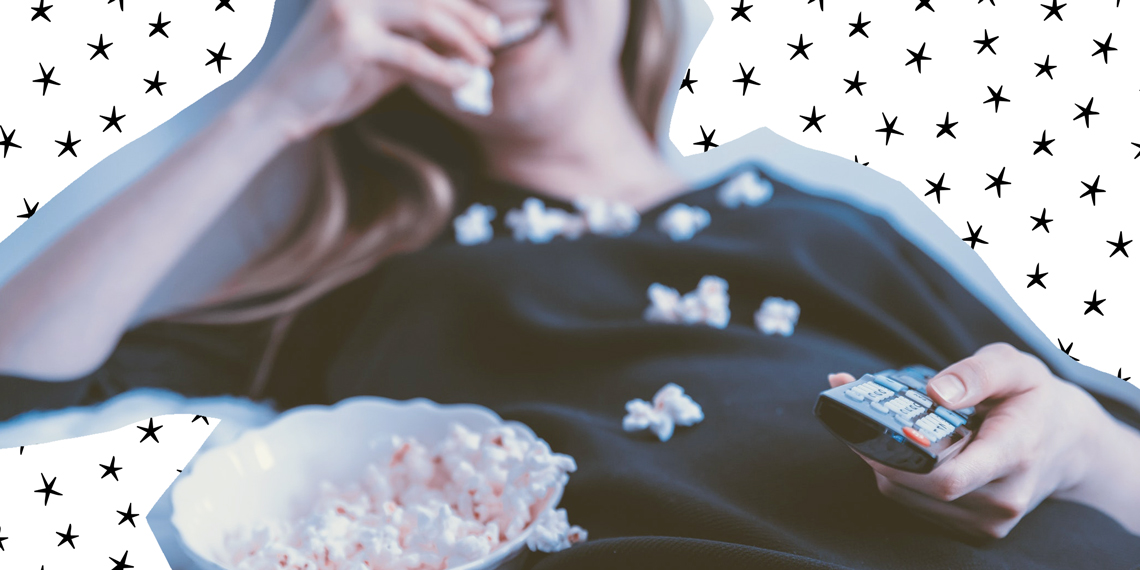 Are you obsessed with true crime? We’re launching a NEW podcast called Not Another True Crime Podcast where we’ll talk about crime, cults, conspiracy theories, and all that other good sh*t. Follow us on Instagram and Twitter @natcpod for more info!

According to like, the dozens of tourists I’ve seen walking through New York wearing f*cking parkas this morning, it is officially chilly weather season. (Yes, I know it’s in the 70s. Don’t ruin this for me.) For most people, that means it’s cuffing season, but for the real ones, it’s true crime documentary binging season. It’s officially time to quit pretending we don’t eat carbs and dairy and dedicate every waking second of our spare time to what truly matters: our obsession with stuff that terrifies the sh*t out of us. Here are a few new true crime documentaries Netflix has added, while you were busy Instagramming yourself drinking canned rosé on a flamingo float while you still had the chance.

The first season of Killer Kids just got added to Netflix. It’s a series about… you guessed it, murderous children. This show really hits the ground running; there’s a group of metalhead teens who sacrifice a girl to Lucifer just in the first episode. I mean, I don’t think I even really need to say much else about this.

For those of you who watched the first like, three episodes of Orange is the New Black and then got bored and bailed, there is finally a documentary just for you. First and Last is a Netflix original that details the first and last days that real people spend in jail. (Sidenote: where can I apply for a job where I just title documentaries? Is there any creativity involved? Or are they just like “F*ck it, the deadline’s tomorrow, let’s just call it something obvious.”)

This 2010 documentary was recently added to Netflix, but I’m still including it in this roundup because there’s a solid chance you haven’t seen it yet. Whatever. In 2010 we were too busy getting spray tans and wearing bodycon dresses to truly ride the true crime wave. Anyway, it’s about the insane media coverage of the Manacled Mormon case, where former beauty queen Joyce McKinney kidnapped and sexually assaulted a man while living in England in the ‘70s. Fair warning: you will fall into a Google hole after watching this. I won’t spoil it for you, but Joyce has drummed up some pretty insane headlines for us over the years, from having her pit bull cloned to plotting a burglary to obtain a wooden leg for her three-legged horse.

‘Inside The Criminal Mind’

Another one of Netflix’s new original series is Inside the Criminal Mind, which seeks to explain the psychological reasoning behind why people commit specific kinds of crimes. One critic has described it as, “like a SparkNotes version of the psychology behind true crime,” which I think was intended to be a negative comment, but has me SOLD! Each 45-minute episode dives into a different kind of criminal mind; from serial killers to kidnappers to crime lords. Even if this series doesn’t have the best reviews, it does have three solid hours of true crime documentary content, which is essentially a hangover cure in itself.

Damn, Netflix is really churning out the original documentaries. The streaming service added I Am A Killer last month. The series is basically like that part in Mean Girls where Regina George wrote “This girl is the nastiest skank bitch I have ever met. Do not trust her. She is a fugly slut,” next to her own picture in The Burn Book, except with death row inmates spilling the details of their capital murder convictions.  The first season has 10 50-minute episodes, so the binge-ability of this is solid AF.

Are you obsessed with true crime? We’re launching a NEW podcast called Not Another True Crime Podcast where we’ll talk about crime, cults, conspiracy theories, and all that other good sh*t. Follow us on Instagram and Twitter @natcpod for more info!