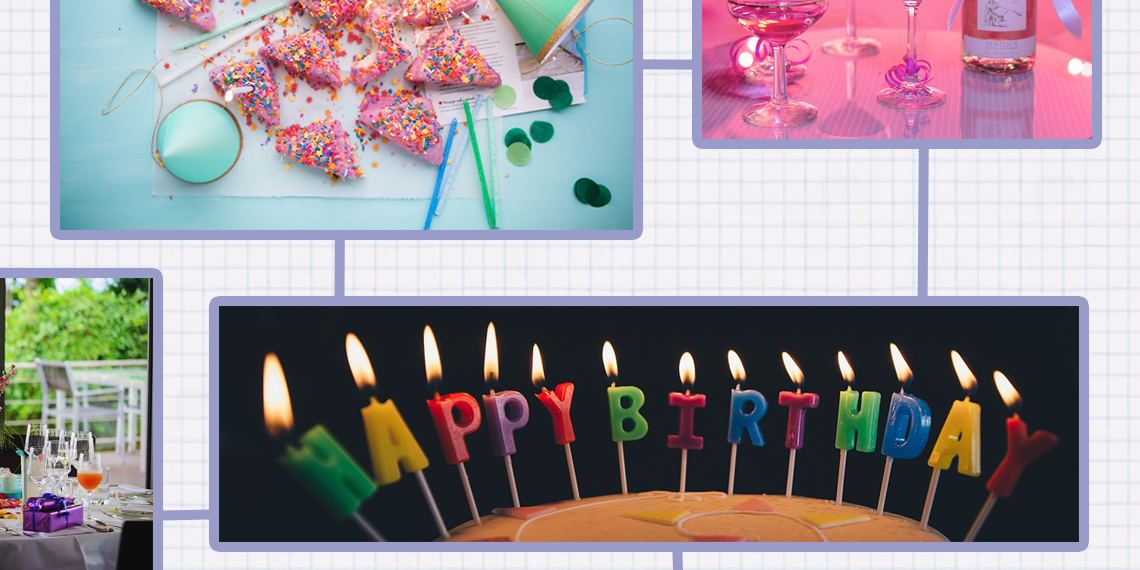 January is my birthday month, so to fellow Capricorns, hello, you are the best. But really, we’re like the only sign whose “flaws” are actually compliments, ie too focused, too ambitious, too pretty, etc. Geminis are like, oh you’re two-faced and you’re also batsh*t crazy. Anyway. Being in my birthday month means I have to figure out something to do for my birthday that does not suck. I didn’t even bother last year because I was so over it. First of all, you never have any idea how many people are coming. All my friends are coupled off like Noah’s f*cking Ark. If you invite your friends, you also have to invite their significant others–even the ones you don’t like. And then everyone brings random friends, roommates, etc. It’s like, I’m going to have 5 people or 40, not sure which. Instead of having a horrible dinner where you can’t get seated because your “entire party isn’t here” (even though I explained that my friends are flakes to the hostess no less than 11 times) and people lying about their part of the check, or a house party where you’re cramming 5-40 people in your studio apartment, here are some way better ideas so you can actually enjoy your birthday.

Find a cool, laid-back bar that has food, a ton of space, and cheap drinks. You don’t have to reserve a table and you can just hang out all night. Tell your friends, hey, I’ll be here from 8PM, show up whenever. If they want to eat, they can get it themselves ordering at the bar and put it on their own tab. No one will kick you out, you don’t have to worry about everyone sitting down, and all of your friends can get in even if they arrive late because there isn’t ever a line at the door. They may even have live music. It’s the closest to having a party in your own house, except you get to leave whenever you want, and someone else has to clean up afterwards.

I wanted to do a tour at a winery in Malibu for my birthday, but then it kind of burnt down (awkward). A wine tour is fun because if people don’t show up on time, you just leave them, so it’s really not your problem. It’s also usually kind of expensive, so you’ll weed out those people that you felt obligated to invite but don’t actually want to hang out with. There are so many different options, like the one in Malibu is actually a safari with animals (who thankfully are all okay post-fire, btw) AND drinking. It’s the dream! Think of it as a more exciting way to do a drunk brunch and also, everyone prepays so the check is not your problem at the end of the day.

I’m a huge fan of “I’ll be here, come if you want” types of events, mostly because I hate waiting for people. Having a party at the beach or a pool is soooo easy and casual, just bring some food and alcohol and tell your guests to BYOB as well. You can spend the day laying out, talking sh*t, drinking excessively, and swimming with no cares about reservations or your house being destroyed. As a January baby, I rarely ever even get this as an option (I mean, I live in LA, so sometimes it’s warm enough), but hey, with global warming it’s probably something to look forward to.

If you really want to call the shots, consider renting out a private room in a bar or even an entire venue for your birthday. You can pick the music, the drinks, how many people come, and no one can complain about late arrivals. You just stand around looking amazing having the best time, and your friends can come and go as they please. The only true downside is this is expensive. Consider teaming up with a friend whose birthday is near yours and doing a joint party to cut down costs, a la Stassi and Ariana. This is really the best way to do a birthday party IMO, but I cannot f*cking afford it. If only I “worked” at Sur.

Another way to weed out those people you don’t really want to see is to plan a birthday trip. Susan you sit next to at work won’t be offended you didn’t invite her to a trip with your besties to Vegas because, duh, she has 11 kids and could not possibly swing that. It’s the perfect way to cut down up your party list. Even better, book your hotel room with your boyfriend or bestie, and then just tell everyone else, hey, here’s where we’re staying, book your own room if you want to come. Don’t try to split a house unless you want it to be like the dinner check scenario but times a million. But hopefully it’s just your closest friends who you know will pay up ASAP, and aren’t terrible anyway.

Tell me in the comments some of your favorite past birthday ideas!