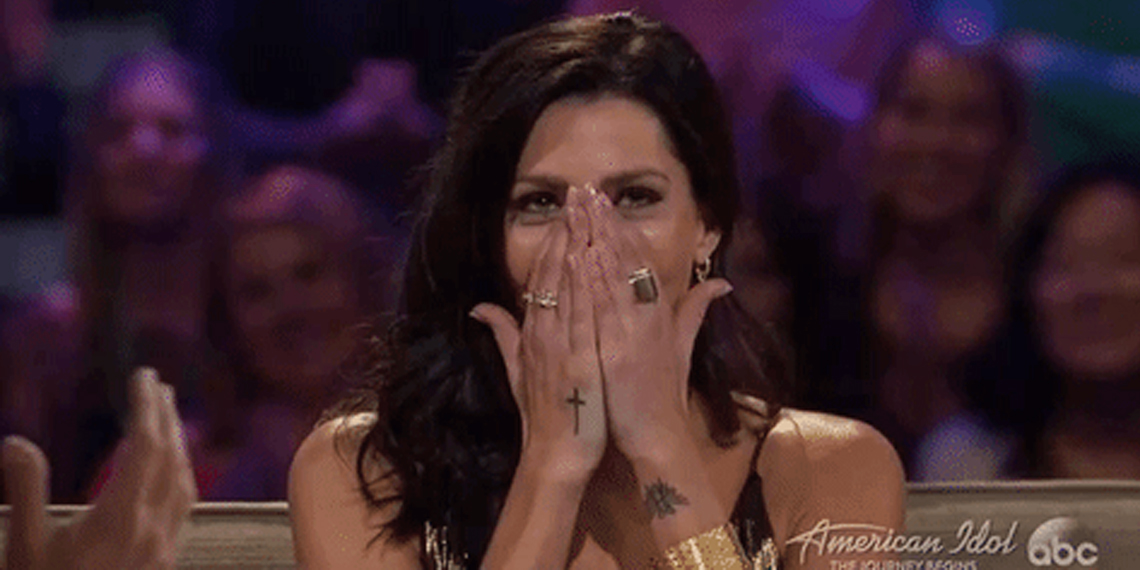 ‘Bachelor’ Contestants’ Go-To Mascaras That Can Outlast A Public Breakup

There’s a lot that can be learned from spending two to six hours a week watching The Bachelor (despite what my therapist tries to tell me). For example, if I didn’t watch, how would I know what’s in the latest FabFitFun boxes? Imagine what I’d be missing out on. RIDDLE ME THAT, THERAPIST. But the one lesson that’s been drilled into my head more than any other, episode after episode, is that these women do not come to play. And by “play” I mean in any way ruin the carefully painted-on face they show to the cameras. Dismissed night one before the girl who showed up wearing a giant fucking shark suit? She still looks better than me in my last professionally done headshot photo. Dumped on national television by the man who two weeks ago literally vowed to “choose you today and every other day”? She looks fucking flawless. Like, is there some sort of witchcraft happening on my TV screen? Because I do not for one fucking second believe these ladies just woke up like that. Nah. There’s something far more sinister going on here, like maybe that these ladies have extraordinary taste in makeup products. Luckily for you, betches, I do too. So here’s a definitive list of the best Bachelor-proof mascaras that will literally save your life, whether you’re dumped by a wet linguini noodle on national television or you just saw a cute puppy.

Perhaps one of the most  devastating moments in Bachelor history was when Becca got straight-up dumped on national goddamn television after saying yes to Arie’s proposal on The Bachelor finale. And I do not at all believe that Arie uses this footage to get it up before banging  Lauren B (yes I do). Anyway, after the finale Becca said the one thing she learned from this experience was that “it’s always good to have waterproof mascara on hand—with this show, you never know when you’re going to cry.” Yeahhhh, that’s what I’m taking away from this experience too… Becca said her favorite brand of cry-proof mascara is Too Faced Better Than Sex Waterproof Mascara, and I’m actually in total agreement with her on this one. It’s a cult favorite for a reason. Not only does it come in the best Betches approved color, black (duh), but it’s also suuuuper volumizing without making your lashes stiff and gross.

Ah, yes. What would a list of Bachelor-proof mascaras be without Human Fountain of Tears, Ashley Iaconetti? If you’re wondering why Ashley didn’t get the coveted spot of “cry-proof mascara” example, then shame on you because Ashley is so much more than a (literal) cry for help. For example, Ashley also has some insane eyelash extensions that should also be represented here. She’s well-rounded like that. Ashley did a makeup tutorial back in 2016 when she wasn’t wearing eyelash extensions, and she said she uses L’Oréal Voluminous False Fiber Lashes Mascara when she doesn’t have them in.

But since I’d venture the amount of time Ashley spends without her eyelash extensions in is about equivalent to the time I spend at the gym, let’s discuss some extension-friendly mascara options. As every Cosmo girl here knows, in order to make your extensions last as long as humanly possible, you’re supposed to avoid using mascara, period. That said, if you think any of these bitches are going to show up on live fucking television with one single ounce of their real faces showing, you better think a-fucking-gain. That’s where Maybelline Great Lash comes in clutch, especially if you have eyelash extensions but also if you hate revealing your true face (hi). For one, it’s not an oil-based mascara so it won’t fuck with the glue and loosen your extensions. It’s also super lightweight and looks natural so, like Ashley, you can pretend to be a chill low-maintenance girl (at least in front of the guy your pretending hasn’t friend-zoned your ass).

If you’re less of a perfectionist and more of a person in need of a keeper to supervise your every movement, then you’re gonna need a mascara that keeps up with your ratchet ass. Blinc Mascara is some good shit and will be the only thing keeping you from looking like Lace seconds after she face-plants into her marg when you’re out day drinking. Seriously. This shit does not budge, flake, or smudge, AND it’s tear-proof. Like, it can survive you openly weeping when your Seamless guy calls you to say your pizza will be a few minutes late. The only downside is that it’s not super buildable—this shit dries in literally 90 seconds or less so you better be quick AF when you apply it. But, like, if you’re already planning to black out and ruin your life while looking flawless, then who tf even cares?

ABC did not know what a GEM they had on their hands when they let Corinne Olympios grace all of our lives with her presence on Nick’s season, because that girl is a fucking wise-ass betch. Seriously. There’s no one I learned more valuable life lessons from than the nap queen herself. And one of those lessons is that love can wait until after you’ve napped. Honestly, inspiring. So when you’re napping on national television and then rolling out of bed for a shitty group date, you’re going to need a mascara that doesn’t rub all over your face when you sleep. We asked Corinne, and she said she uses Maybelline Total Temptation mascara.

If you’re a little bougie and want to invest more than like, $9 in waking up looking like you didn’t just claw yourself out of your own fresh grave, then you’re gonna want to buy Clinique Lash Power Mascara, because it is a goddamn game changer. It’s got an ophthalmologist-approved formula that lengthens the shit out of your lashes but, like, without any irritation. Also, it legit never smudges, even when you sleep. Blessings.

Images: Giphy (5); blincinc.com (1); toofaced.com (1); maybelline.com  (I);  clinique.com (1)
Betches may receive a portion of revenue if you click a link in this article and buy a product or service. The links are independently placed and do not influence editorial content.