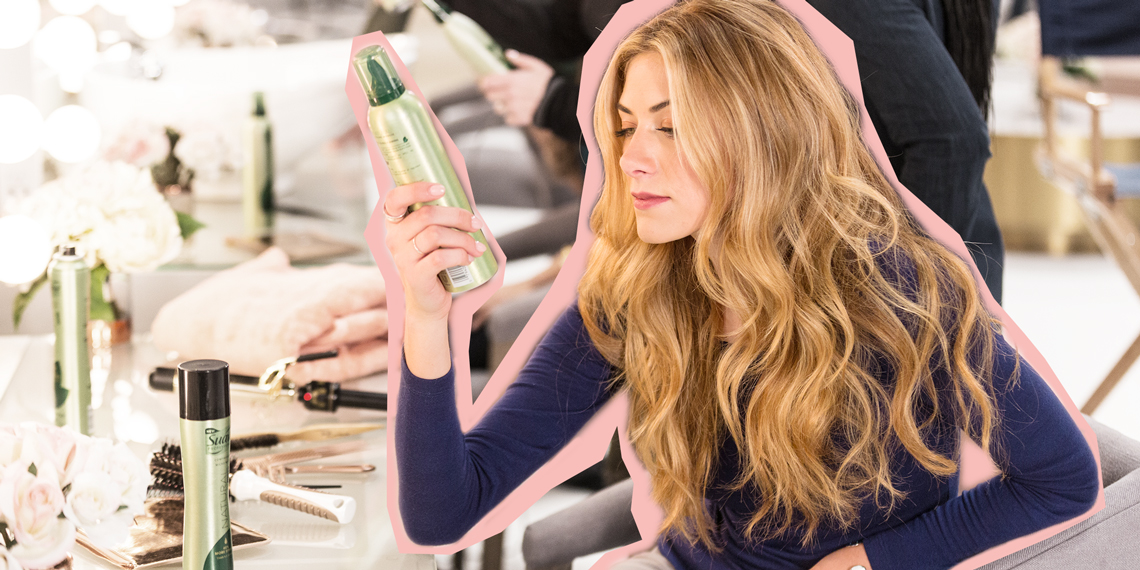 Anyone who’s been alive for more than, like, two seconds knows your hair can make or break your day. You might have been planning on staying in one night, but your hair is so good you make reservations with the girls to get dinner because you don’t want to waste a good hair day on your mirror. That’s why picking the right products for your hair is so important. But just because the latest celebrity to break out of the Disney Channel scene is in a shampoo commercial waving her five foot-long “hair” at you doesn’t mean you’ll look like her if you buy a bottle of the stuff. It’s kind of like how models on Instagram will take the “after” pic of their Transformation Tuesday post right in the morning when they wake up, and the “before” pic hours later after they’ve had a burrito. We all know what we see in photos isn’t always real, but sometimes the lengths people go to in order to appear perfect is a bit much, even for betches who love to exaggerate. Even some hair companies are using pretty crazy tactics that you’d never guess even were a thing in a million years.

Enter Suave, who just debuted a new campaign where they’re showing real results styled by the models themselves using only—you guessed it—Suave Professionals products. They’re cutting out the BS and shedding a light on the tricks other companies use, so you can be aware of what to look out for the next time you’re in the market for new mousse, hairspray, or dry shampoo.

Here are some of the most extra ways that some hair companies are trying to exaggerate the hair you see on screen.

Some shampoo ads use green screens to create the look of flowy, shiny hair. Look, we’re not saying that the model doesn’t have significantly better hair than you to start with, but much like using any Facetuning app for your selfies, your results aren’t exactly #nofilter. You know who else uses green screens? Movies that have explosions and scenes that are too expensive or too unrealistic to actually shoot. So don’t feel bad when you can’t gather your hair in a ponytail and tie it in a knot around a barbell to show your friends how strong it is. Unless you’re literally Rapunzel, you don’t need that anyway.

It’s not just using a green screen either—there are often prop masters behind the scenes who use fishing poles or rods to move the hair from both sides to create that “waterfall effect.” You know the one. It looks great, but when you think about all the people behind the scenes, it’s kind of funny. Like those memes where the girl takes the perfect Insta in a field of roses, and then the zoomed-out shot reveals she’s really crouching in a bush while her friend taking the picture is lying on her back in the dirt, snapping away. It’s like, yeah, the end product looks great, but is it really worth all that effort?

If you’ve ever seen a shampoo commercial where the model has volume that basically defies gravity, it’s not because she’s born that way, and it’s (probably) not because she’s using a Bump-It. Some companies actually pin Styrofoam balls on the back of models’ heads, and then cover the Styrofoam with hair to create the illusion of volume. #TheMoreYouKnow. If that’s not the definition of extra, I don’t know what is. Sure, these balls get the voluminous effect we all want, but I can’t help but feel like pinning a bunch of balls to the back of your head in real life is not exactly practical. It’s not like you can tell your date to only look at you from a 2D angle.

Another trick used to make hair look good in commercials is literally using fake hair. That’s right, they’re selling you a product for your hair while using something that’s not even the person’s real hair, so just think about that the next time you wonder why your hair isn’t perfect at all times. You know those shots where a model will be lying down with her hair fanned out flawlessly all around her? That might not be her hair—it could just be extensions. I knew there was a reason I could never recreate that iconic “hair fanned out around my face in a series of heart shapes” pic.

Suave’s not using any of these tricks for their new campaign, which we can respect, since this was all getting a little try-hard.

Now, before you roll your eyes and say “yeah, yeah ok. but there is no way Suave makes my hair look as good as my $40 shampoo,” take our word for it—it works. And that’s coming from people who said they couldn’t sleep at night knowing one of the Bachelorette contestants was going to use Suave on their wedding day. We stand corrected, Suave.