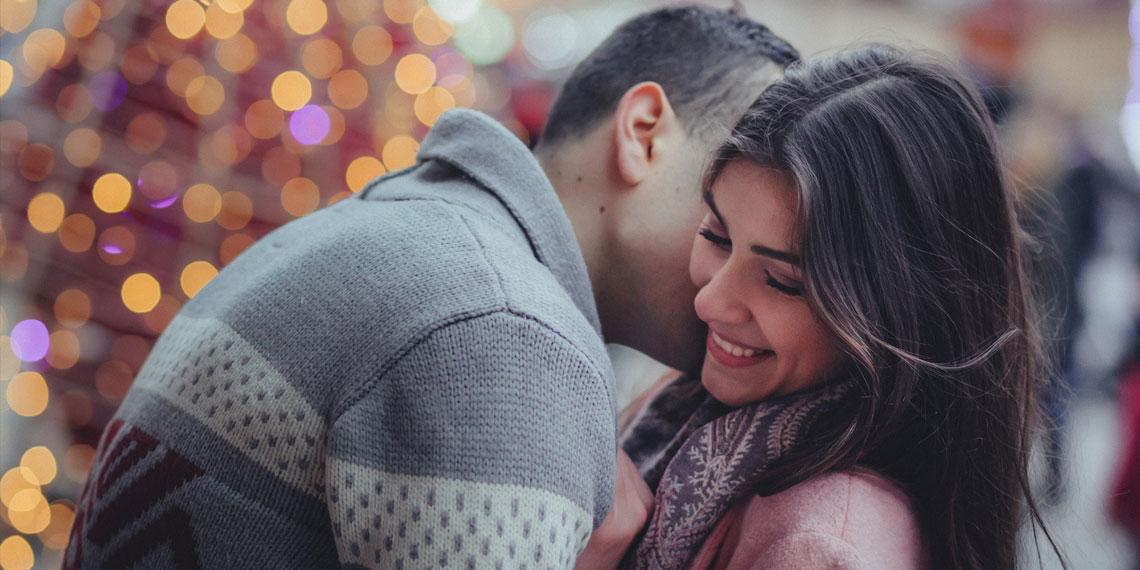 3 Signs You Shouldn’t Bring Them Home For Thanksgiving

Ah, it’s that time of year again. Even the most die-hard “summer is my season” person is forced to admit we’re heading into winter, fast. And that means whatever summer fling (congrats!) or winter cuff (less congrats because that’s very basic of you) you’ve picked up is now entering a weird stage. If they’ve stuck around this long, you can’t exactly keep them in the casual hookup zone. (And I’m assuming you like them if they’re still here, so why would you want to?) Faced with the prospect of Aunt Susan slipping you egg freezing pamphlets, it’s tempting to bring anyone home for Thanksgiving who’s willing.

But we both know that’s a bad idea. Anyone you bring home for Thanksgiving, you’ll be asked about for years to come. And your own memories of the holidays could well be tainted by a particularly good or bad visit. So, here are the signs your new relationship isn’t ready to be a part of your Thanksgiving. You’ll thank me later.

Your Sober Interactions Are Rare

Look, no one here is arguing that Thanksgiving is a sober event—far from it.  But, generally speaking, there are at least a few hours when everyone’s still lucid. (This is the portion of the day when your mother will glare at you for “smelling like alcohol.”) So, have your interactions in this relationship been mostly inebriated? If so, Thanksgiving is not a great time to discover that sober, the person you brought is actually boring AF, or worse, very rude and kind of racist.

This goes for all layers of a “mostly drunk” relationship. If you’ve been increasingly branching out into brunches and daytime hangs and it’s looking like this could be for real, that’s awesome and I’m genuinely very happy for you. But if you’re only a month into that vibe, seriously consider how much you know about this person. Is it enough that you want to answer questions about them once a year until eternity? Probably not. You should have been hanging out sober long enough that you’ve agreed upon a “how we met” story. One that glosses over the 16 vodka sodas and waking up his roommate to borrow a condom.

If you suspect they’ll say this to one of your aunts, definitely don’t bring them home for Thanksgiving:

You Haven’t Discussed Your Family

For reasons totally unrelated to my aforementioned alcoholic fun-loving tendencies, I have a minor breakdown at most large family events. Maybe it’s the uncle who can’t understand that ANY comment about my weight is not appreciated. Or my mother saying something that sounds like a compliment—but later reveals itself as an intricate jab. Either way, family time is f*cking tough.

So, who do you want there when that stressful point hits? Will they react poorly if and when you lock yourself in your old bedroom with a bottle of wine? Or will they tell you they’re on your side and commiserate with family sh*t of their own? Ideally, the person you bring home will be aware of underlying tensions, and ready and willing to calm you down. And the only way to prepare someone for family sh*t, sadly, is to have those conversations. If you don’t tell them what to expect, you can’t even really be pissed off when they’re surprised by it. (I mean, you can be, but you’ll have to apologize later, which sucks.)

So if you haven’t gotten into those deeper conversations—or you have, and you felt like they didn’t or couldn’t respond correctly—maybe think twice before bringing them home. Their feelings aside—and believe me, they’ll have some—it’ll be an added stressor for you. Don’t bring someone home if you’re just going to worry all night that you’re scaring them off.

They Haven’t Asked What You’re Doing

It’s November, people! Extenuating circumstances aside—i.e., they’re working through the holidays, they’re not close with family/not American and therefore this holiday genuinely isn’t a thing for them—they probably have at least one Thanksgiving invitation insistently re-appearing on Gmail. If they’re anything like me, their family has booked them out months in advance with regular death threats for non-attendance. (In case me writing this article doesn’t make it clear enough, my family is not exactly chill about holidays.) Part of the reason that people enter relationships is often for exactly this reason. They want someone to take home for the holidays. Or just someone to spend time with around the holidays and feel less cripplingly lonely when love songs play on the radio Spotify.

So, if the person you’ve been seeing has kept eerily quiet about the idea of going home for Thanksgiving, it’s a pretty sure sign that—sorry—they don’t see you being a part of it. This doesn’t mean the relationship is doomed. It’s perfectly normal not to want to involve your family with a relationship that’s still new. It’s just a sign of where they’re at, and something you should pay attention to—especially if you had thought you were in a more serious place.

So, if you’re with someone who’s been sending you calendar nudges for November 22, knows which grandmother expresses love through attacks on your character, and has seen you sober more often than drunk—by all means, invite the f*cker home. Shove it in your smug cousin’s face who brought home her high school sweetheart for five years and said “don’t worry, I’m sure you’ll find someone” while eyeing your fourth piece of pie. But if you think the visit will put undue stress on both your relationship and your time at home, it’s so not worth it. Not bringing someone home for Thanksgiving doesn’t mean you’re over. And in many cases, choosing not to spend it together means you have a shot at still being together next year. Choose wisely, and don’t forget the wine.