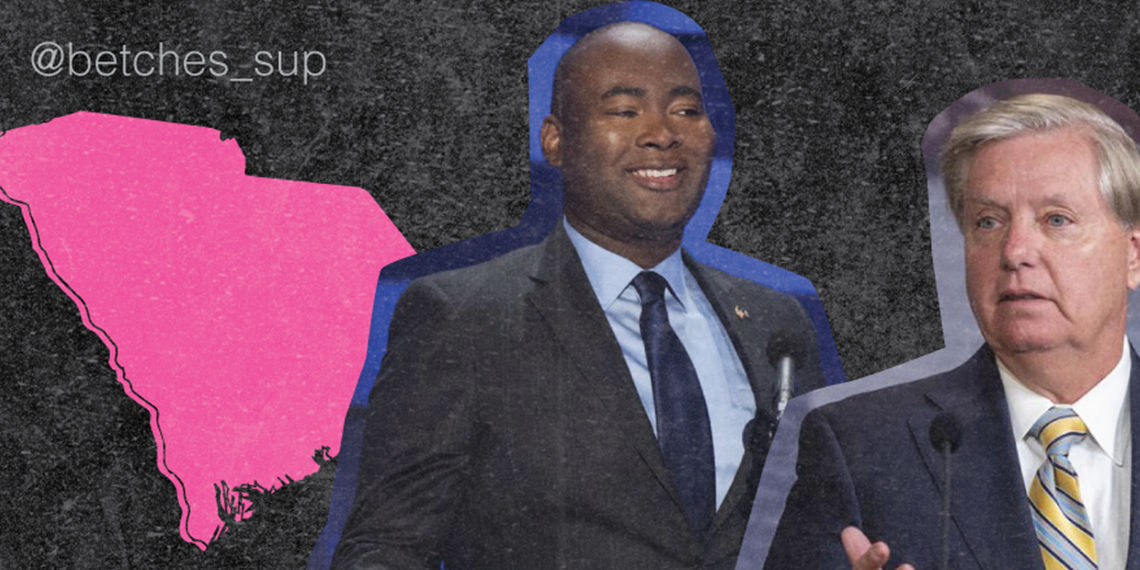 Everything You Need To Know About 2020’s Biggest Senate Races

When we talk about elections, we often put most of our focus on the top of the ticket. Obviously, who the president is is very important, but putting a Democrat in the oval office won’t mean much if Mitch McConnell still gets to keep control over the Senate. Meanwhile, the progressive change Dems have already brought to the House won’t mean as much if legislation doesn’t pass in the Senate.

Of the 35 seats up for reelection, Republicans are defending 23, and Democrats are defending 12. For the Senate to flip, Democrats need to gain a net of four seats on November 3.  They only need three if Biden wins the presidency, as the Vice President serves as the Senate’s tiebreaker.

There are a few really good signs that Democrats have a chance at taking the senate. Almost all Democratic challengers have raised a ton of money – which makes sense since everyone is pretty pissed at people like Susan Collins, Mitch McConnell, and Martha McSally — all three of whom rank as some of the country’s  least popular senators. Trump’s lethally botched response to the coronavirus pandemic has led to his record unpopularity — just as Senate Republicans have spent years hitching their futures to his wagon.

As a result, polls suggest Democrats could take Senate seats never expected to go blue in states like Georgia and Alabama. Let’s take a look at some of the most competitive races, and where each candidate stands:

Why is this state competitive? The Democrats barely won the seat in 2017, and only because Jones faced off against accused child molester Roy Moore — which might be the only way a Democrat can win in Alabama. Alabama is a solidly red state and typically favors Republicans — with strong loyalty to Donald Trump. Jones also prosecuted the KKK members responsible for the 16th Street Baptist Church bombing

So, what’s the deal? As of August, Tuberville is leading over Jones by about 10 points, and Trump has a massive lead over Biden in the state. Nothing is a done deal until November 3.

Who’s running? Former chairman of the South Carolina Democratic Party Jaime  Harrison is challenging Senator Lindsey Graham, and as of mid-August — the two were TIED.

Why is this state competitive? Trump’s waning popularity with even Republican voters puts his most loyal allies at risk in November. Graham, who famously called candidate Trump a “xenophobic, race-baiting bigot” before supporting him unequivocally as president.

So what’s the deal? A large percent of South Carolina voters polled said Graham is too supportive of Trump — but Trump won the state by nearly 15 points in 2016.

Who’s running? The incumbent is Republican Senator Martha McSally, and she is being challenged by Democrat Mark Kelly.

Why is this state competitive? Senator McSally was not elected but appointed to fill John McCain’s seat after losing to moderate Democrat Kyrsten Sinema in 2018. This is a special election because McCain was not supposed to be up for election this year. Kelly is a former astronaut married to former Rep. Gabby Giffords, who was nearly killed by a gunman in 2011 while representing Arizona in the House of Representatives. Kelly has a huge fundraising war chest and Trump-allied McSally is pretty unpopular in the state, so Kelly has a slight lead over her, emphasis on ‘slight.’

So, what’s the deal? Both Kelly and Biden have slight leads over their Republican opponents, but as we know, the polls don’t really mean anything. Experts predict that Arizona’s recovery from COVID will play a significant role in the election. McSally has recently scored points throughout the state by expressing her commitment to expanding the CARES act, which is the coronavirus relief bill. But shifting demographics in the state look good for Kelly.

Who’s running? The incumbent is Republican Senator Cory Gardner, who is facing the end of his first term. He is being challenged by former Governor and Democratic presidential candidate John Hickenlooper.

Why is this state competitive? Since Gardner won his seat in the 2014 Republican wave, the state has become increasingly blue. Clinton beat Trump by about five points in 2016, and the state legislature and governor are democrats). Colorado has a large immigrant population and strong ties to gun control, both are policy issues that are huge strengths for the Democratic party. Plus, Hickenlooper was a popular governor with name recognition in the state where protests against police brutality have emerged in every major city.

So, what’s the deal? Nothing is guaranteed until people vote, but Colorado seems like the most likely state for Democrats to take from Republicans in November.

Why is this state competitive? Senator Collins has served in congress for almost 30 years and is currently ranked the least popular senator in office, inching ahead of Mitch McConnell. She has gained national attention over constant “disappointment” with the Trump presidency but failure to withhold any support from the administration whatsoever. Between her voting for Kavanaugh and constant expressions of concern for the president’s actions with no follow-through, it’s pretty safe to say that people are sick of Collins’ sh*t.

So, what’s the deal? Even though Collins is the literal WOAT, she’s kind of the Senate’s cockroach and survives under the most treacherous conditions. On the one hand, Biden is leading Trump in the state by close to 10 points, which may affect down-ballot elections. On the other, Collins managed to hold onto her seat in 2008 despite Obama winning Maine by more than 17 points.

Why is this state competitive? North Carolina is a swing state that consistently has super thin margins, especially for Senate elections. Senator Tillis has a history of cutting unemployment benefits and opposing Medicaid expansion. These two issues are extremely important to North Carolina residents, especially considering rises in unemployment that are related to COVID-19. North Carolina turned blue for Obama in 2008 but broke for Trump in 2016, which some attribute to Democrats’ failure to offer voters of color motivation to turn out for Hillary Clinton.

So, what’s the deal? While Tillis’ weaknesses may make it seem like a done deal, the GOP is holding on pretty tightly to the state. Both Biden and Cunningham have small leads over their Republican opponents, but there is not enough distance that would totally give the state to the Democrats.

Who’s running? The incumbent is obviously the evil lizard man himself, Mitch McConnell, and his opponent is Amy McGrath.

Why is this state competitive? As Senate Majority Leader, Mitch McConnell is like, enemy number one. While Kentucky usually wouldn’t be in play, the Democrats have run a long campaign to fundraise for his opponent. However, after a competitive primary between Amy McGrath and Charles Booker, it has become abundantly clear that Democratic turnout is up in the state and that Mich McConnell’s seat might be in pretty hot water.

So, what’s the deal? While Kentucky is definitely a red state, the growth of the Democratic party within the state and national attention around the race might mean good news.

Why is this state competitive? Ernst’s job approval has slipped while her loyalty to Trump has risen as Iowans see her as increasingly disconnected from their needs. Greenfield was a 24-year-old mother of two when her husband died suddenly in a work-related accident, and she relied partially on government benefits that are a lifeline to so many communities, but the GOP is not known for supporting.

So, what’s the deal? Greenfield has polled ahead of Ernst, and her message of protecting things like Social Security benefits that Republicans like Ernst look to privatize could appeal to older suburban voters.

Why is this state competitive? Michigan is huge in the presidential election, especially this year. Democratic Governor Gretchen Whitmer has drawn attention on both sides of the aisle for her COVID response, which caused lots of praise from the left and resentment on the right (remember: protests about haircuts). Michigan also voted for Trump in the last election, but only by about 10,000 votes. Increased pressure on the state for the presidential election on both sides will probably trickle down to Senate races.

So, what’s the deal? In general, Michigan leans Democratic, and both the incumbent and Biden are leading in the polls. If Republicans want to flip the state, they will have to work harder than I did to learn the ‘Savage’ TikTok dance.

What Does This All Mean?

Even if you don’t live in these states, voting all the way down the ballot is crucial to make sure you are doing your part in 2020. This is super overwhelming, but while we obviously want to turn the White House and Senate blue, we also are defending the House and have to consider local and state officials.

If you’re interested in helping out in these states and aren’t a resident, there are plenty of ways to participate in these races. You can donate to campaigns and sign up to phone bank for Democratic candidates or check out Crooked Media’s Adopt a State program here. We also have a dope “Flip The Senate” sweatshirt and t-shirt here — 20% of sales (ex. tax and shipping) benefits the ACLU’s Voting Rights Project.