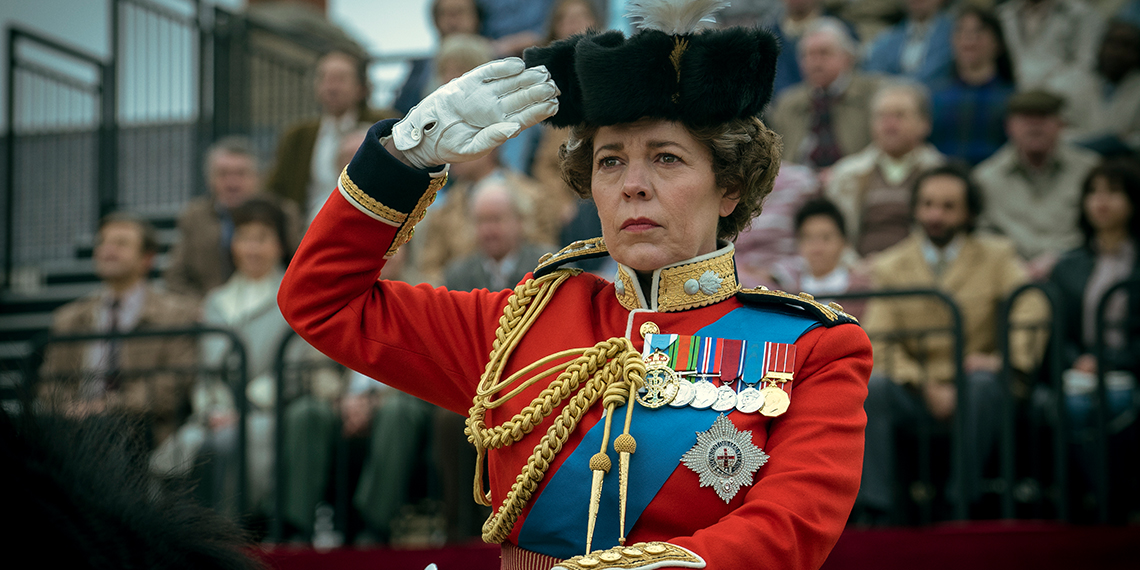 We’re now in the final months of 2020, and let’s face it, this year still sucks. In the spring, we were all focused on finding new hobbies to cure our boredom while we were stuck inside (RIP my needlepoint kit), but now, most of us have settled into our couches and just need something new to watch. Luckily, the stars have aligned to bring us a lot of exciting TV this fall, even after lengthy shutdowns for much of this year. Some of your favorite shows are finally coming back for new seasons, but we’re also getting a whole bunch of exciting new shows and miniseries. Basically, there’s a lot to look forward to, even if the real world is still a f*cking disaster.

Our latest true crime obsession, The Vow, is drawing to a close this week, but Netflix has conveniently scheduled a new season of Unsolved Mysteries to make sure that we don’t go hungry. Volume 2 of the hit show unpacks six new mysteries that remain—you guessed it—unsolved. The trailer for the new season is creepy AF, which, in the world of true crime, is all we could possibly ask for. Can’t wait.

Rising star Anya Taylor-Joy stars in this six-part adaptation of the hit novel. She plays an orphaned chess prodigy who has to deal with addiction and other demons in her quest to be the best chess player in the world. The trailer is full of brooding drama and 1960s vibes, so I have a feeling I’ll be watching this in one sitting.

As a bona fide Nicole Kidman stan, I was thrilled when I found out that she’s coming back to HBO after making me cry for two full seasons of Big Little Lies. This miniseries, adapted from the thriller novel You Should Have Known, stars Kidman and Hugh Grant as a couple who have to deal with the fallout from a “violent death.” It’s also produced by David E. Kelley, the mastermind behind Big Little Lies. Yup, this sounds like exactly what we all need right now.

Who’s in the mood to cry??? Due to COVID, the new season of This Is Us was originally pushed to November, but NBC saw how much y’all were struggling and moved it up to late October. It’s the little things. Season 5 kicks off with a two-hour premiere episode, which means you’ll probably need two full boxes of tissues at the ready—you’ve been warned. It’ll be interesting to see how they handle all the flashbacks and future scenes this season, considering that none of us even know what year it is anymore. 2015? Sure, sounds close enough to me.

The reason your boyfriend won’t let you cancel the Disney+ subscription is back! But actually, our favorite power couple the Mandalorian and Baby Yoda are back for a second season, and with that, hopefully there will be another round of fire Baby Yoda memes. He has some cute moments in the trailer, so it seems promising. But overall, the season looks intense, so maybe I’ll make an effort to watch it this year.

I don’t know how HBO still has new shows ready to go eight months into a pandemic that brought production to a halt around the world, but I’m certainly not complaining. This new British series follows a group of young associates competing for permanent positions at a high-stakes investment bank in London, and it basically looks like Euphoria, but set in the world of finance. This might not be the one to watch if you have trouble with your anxiety, but personally, I’m very excited. Also, Lena Dunham is an executive producer, so make of that what you will.

FX’s new partnership with Hulu this year is already producing good results, and their latest collab is this miniseries about a teacher who has an illegal affair with one of her students. It’s a story we’ve all heard before, but this looks like it’s going to be a thrilling take on it. With stars Kate Mara (House of Cards) and Nick Robinson (Love, Simon), I have a good feeling about this one.

Last fall, when Bravo announced that the next destination in the Real Housewives franchise would be Salt Lake City, the main reaction was “huh?” Turns out, this wintry spot in the mountains has everything you need for an A+ reality show. The women are rich, glamorous, and most importantly, ridiculous. I got a chance to check out the premiere episode early, and it does not disappoint. And even better, RHOSLC is one of the most diverse Housewives casts ever. You love to see it.

After season 16 was cut short in the spring due to the you-know-what, Meredith Grey & Co. are finally returning for their 17th season. Yes, it’s a lot of seasons, but if you’re still on the Grey’s Anatomy train, there’s no getting off now. Lucky for you, the season premiere will be a crossover episode with Station 19, which means it’s a two-hour episode. It’s really what we deserve after waiting so long.

One of Netflix’s top prestige dramas returns for its fourth season, and to quote Chris Harrison, this really might be the most dramatic season ever. As the timeline moves into the 1980s, we’ll see the introduction of Lady Diana Spencer, and in the trailer we see glimpses of her wedding, as well as her tumultuous relationship with Prince Charles. This season’s other top new player is Prime Minister Margaret Thatcher, played by The X-Files’ Gillian Anderson. And of course, we still have Olivia Colman and Helena Bonham Carter killing it as Elizabeth and Margaret, respectively. This season looks like it’s going to be wild, in the most refined way.

Big Little Lies creator David E. Kelley has two new shows this fall, and the second is Big Sky, a drama coming to ABC. This one looks worth it for the gorgeous scenery alone, but there’s also a gripping thriller plot to seal the deal. Two private detectives (one played by Ryan Phillippe, swoon) team up with an ex-cop to investigate the disappearance of two teenage girls. They soon find out that other girls have gone missing in the area, and it becomes a hunt to stop more kidnappings from happening. Looks creepy, I’m in.

The reboot trend is officially not over—sorry if you’re sick of them. This might be the thing that finally forces you to get a Peacock account, because the nostalgia is out of control. In this latest reboot, Zack Morris is the Governor of California, while A.C. Slater is teaching P.E. at Bayside. The old cast is obviously here, but much of the series focuses on a new group of kids at Bayside, who are a mix of wealthy and low-income students. Should be interesting, but let’s be honest, it can’t be worse than last year’s dreadful 90210 reboot.