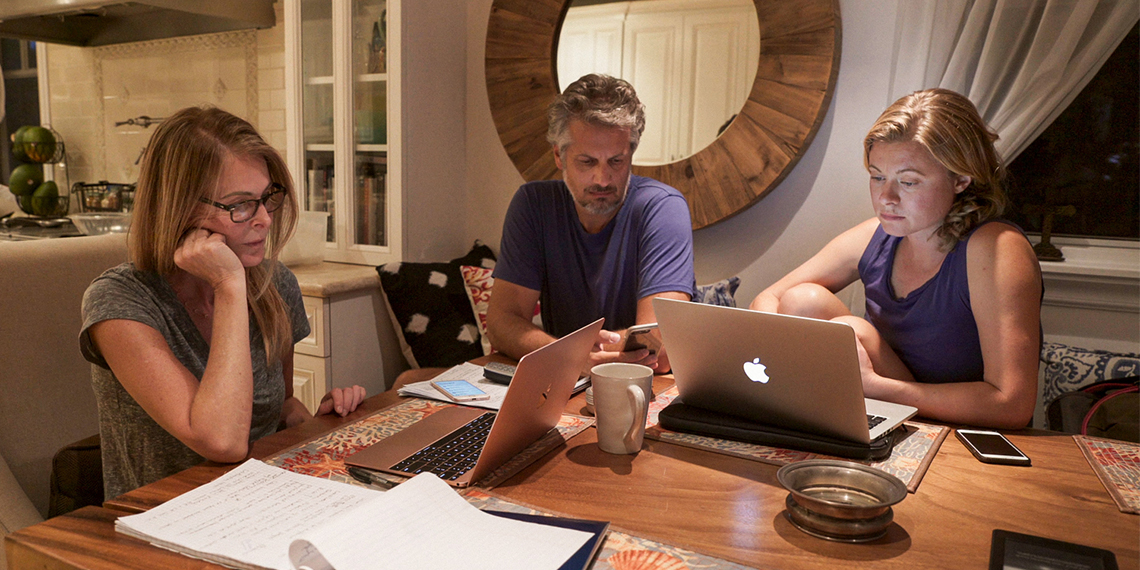 All The Questions We Have For ‘The Vow’ Season 2

The last six months have been a bizarre time for all of us, with limited social interaction, even less traveling, and a disgusting amount of TV. As a society, we’ve moved from one TV obsession to another, because let’s face it, we all have the time. Currently, I can’t stop thinking about The Vow, and judging from what I see on social media (and the fact that both my roommates are also hooked), I’m not alone.

The Vow, a nine-part HBO limited series, is an in-depth look into the NXIVM organization, which was all over the news in the last couple years after several of its founders and high-ranking members were sentenced to prison time for their shady practices. At the time, I didn’t know much about NXIVM—it was a sex cult, that woman from Smallville was involved, there was a creepy main dude named Keith. But in its first six episodes, The Vow has taken us down a terrifying complex path, complete with a shocking number of phone and video recordings, fascinating interview subjects, and a story that’s almost hard to believe.

While the original nine-episode season ended last weekend, HBO confirmed last week that there will be a second season of The Vow. I’ve seen some people complaining that they’re drawing it out too much, but personally, I’m very excited. The finale left off on a total cliffhanger, and there are more than a few topics that I still need some major details on. Here are some of the wildest moments from The Vow, along with things we need in season 2.

Before we even get to the really bad stuff, we need to discuss the late-night volleyball sessions. Basically, NXIVM first got people involved through costly seminars that focused on how you could harness your fears and emotions and be more successful in your life. Pretty standard stuff. But as people got more invested, the program quickly got more intense. For people working their way up, one of the only ways to get face-time with founder Keith Raniere was to show up to late night volleyball. Like, this sh*t started at 1am. There’s literally no one in the world I would wake up in the middle of the night and play volleyball for, so this was a huge red flag for me. In between games (matches? idk), everyone would sit on the sidelines and listen to Keith talk, and presumably try not to laugh at how ridiculous he looked in that headband.

One of the most unsettling moments came when Allison Mack, famous actress and eventual NXIVM ringleader, came to her first volleyball session and sat down to chat with Keith. With a camera right up in her face, Keith basically tells her how acting is a stupid profession, and she starts crying like she’s had some groundbreaking revelation. That man just sh*t all over her career, and she was like “wow, yes, more of this please!” Yikes all around.

As the ringleader of what was exposed as a sex cult, it’s not shocking that Keith was having sex with a lot of his followers, but some of the specifics are especially concerning. Going all the way back to the early 2000s, Keith was dating Barbara Bouchey, a high-level member of NXIVM. At the time, she thought they were in a monogamous relationship, but it turned out Keith was sleeping with several women whom he shared a house with. Barbara was obviously upset, but when she broke up with Keith, she intended to keep the business side of things normal. Keith wasn’t down with that, and he started ignoring Barbara and turned other high-level members against her. When she eventually left the group, she tried to get back a large amount of money she was owed, and NXIVM brought extortion charges against her.

Keith also had a relationship with Lauren Salzman, the daughter of NXIVM co-founder Nancy Salzman. Lauren, who was in the top tier of DOS (more on that in a second), was purportedly in love with Keith, and people interviewed in The Vow say that he had promised her a baby for years. This never happened, and while Keith was having a relationship with Lauren, he was also sleeping with many other women in the group. Basically, for nearly two decades he was just having sex with anyone he wanted, without much regard for the women who were literally in love with him.

Much of The Vow revolves around DOS, a secret subset of NXIVM specifically for women (still founded by Keith, of course). DOS revolved around a strict dominant/submissive relationship between members, and each new member became their master’s “slave.” Basically, it was like a cult-themed pyramid scheme, with Keith at the very top, and the female members branching off from him. For members of DOS, nearly every aspect of their life was controlled through texts with their master: permission to go to sleep. Permission to text other people. Permission to eat a specific number of calories. The calorie part, which is low-key reminiscent of Teddi Mellencamp’s accountability pr0gram, was designed to keep the women thin—just the way Keith liked them.

Members of DOS took lifetime vows, and were required to provide their masters with “collateral.” This took various forms from personal confessions and secrets to financial commitments to nude photos. New collateral was required frequently, and it was at the master’s discretion whether a piece of collateral was sufficient. Ex-member Sarah Edmondson, who is featured prominently in The Vow, was at one point encouraged by her master to use the deed to her home as collateral. While this collateral was framed as a necessary commitment to the vow the members had taken, in practice it was meant to create a deep vault of information that could be used as blackmail.

There are a lot of cringeworthy details about NXIVM and specifically DOS, but I’m not sure I’ve ever felt as uncomfortable as I did when Sarah Edmondson described the experience of being branded in Allison Mack’s basement. Members of DOS viewed the branding as a beautiful experience, but it sounds scary as hell. Things only got worse when Edmondson realized that the brand contained both Allison Mack and Keith Raniere’s initials—even though Keith claimed he had nothing to do with DOS. When Keith was confronted by a follower about his initials being on the brand, he responded that “no one would care” if it was the initials of Bill Gates or Abraham Lincoln. To anyone who is reading this, you do NOT have permission to brand me with the initials of Abraham Lincoln.

Earlier in the series, it was noted that NXIVM had a large following in Mexico, made up largely of wealthy, influential people including the son of a former President. This was casually referenced throughout the series, but in episode nine, we finally started to get a deeper look at Keith’s relationship with the Mexican branch of NXIVM. According to the press release about season 2, this will be a major topic moving forward, which is great. Personally, I still feel like I don’t understand exactly how this group of people got involved in NXIVM, and there’s clearly some dark sh*t to unpack there.

By the later half of season 1, it was clear that this story wasn’t going to be finished in nine episodes, and the season basically ended with many of NXIVM’s top people getting arrested. TALK ABOUT A CLIFFHANGER. With Raniere, Nancy Salzman, Allison Mack, the Bronfmans, and more behind bars, I’m eager to see how the legal battle plays out. In season 1, we didn’t get much info about the actual criminal case that was being built against the organization, so a little courtroom drama sounds like a nice change of pace.

Also, in the last couple minutes of season one, they played that chilling audio clip of Keith Raniere, speaking from prison about how we only got one side of the story. I’m really curious to see if Keith is interviewed in season 2, because I have a feeling he would have some choice words for people like Bonnie and Mark. Only time will tell!

Catherine Oxenburg was a main presence throughout the first season, as she worked to get her daughter out of the harmful D.O.S. group. We didn’t really get much closure on what happened with India Oxenburg, which is funny, because she now has her own series on Starz that premiered this week. Who knows if she’ll be involved with season 2 of The Vow, but I hope she is, because tbh I don’t have the energy to watch another NXIVM show right now (or a Starz log-in, for that matter).

We’ll have to wait until next year for more episodes of The Vow, but HBO already released a teaser trailer to make sure that they don’t lose our attention.