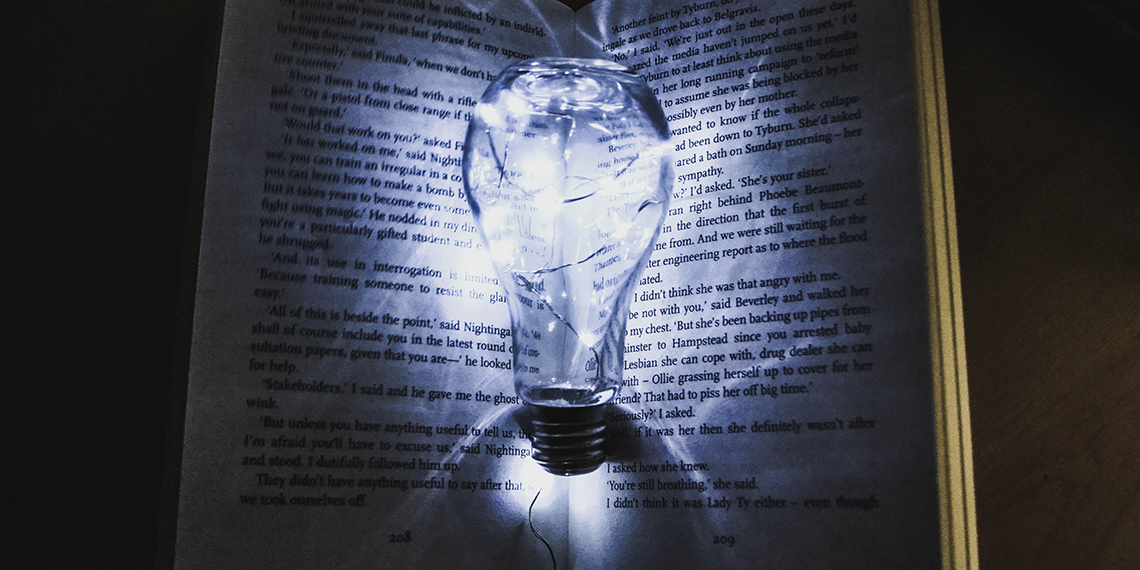 10 Thrillers With An Ending You Won’t Predict

At a certain point, you start to feel like if you’ve read one thriller, you’ve read them all. The characters bleed together, even the most “shocking” of twists can be seen from 200 pages away, and if you have to read one more word in the first person narrative, you’ll scream. I know because I’ve thought this many a time. Even the titles of every thriller are the same. The ____ Girl. The _____ Wife. Are we as a society just out of new ideas? Fortunately, no. I’ve rounded up the best thrillers I’ve read this year with an ending you actually won’t see coming. And I promise, no spoilers. Stock up just in time for Halloween, because these reads will seriously haunt you.

‘The Starter Wife’ by Nina Lauren

I know, I know The ____ Wife. I was suspicious myself because the title is so overdone, but let me tell you, this is nothing like the Debra Messing USA original series of the same name. It’s kind of like Gone Girl but not (you’ll see why once you read it). But, even though the ending of this book was one I’ve read before, the ride was not predictable. This one’s about Claire, who marries hot English professor Byron. Claire is seemingly happy with her husband, but finds reminders of his late first wife, Colleen, everywhere. When she suddenly gets a call from Colleen, she tries to find out what exactly happened and how deeply implicated her husband is.

‘I Know Everything’ by Matthew Farrell

I Know Everything was seriously haunting, and even though the twist itself has been done before, I promise you haven’t seen it done in this way. Also, there were so many twists that even if you predicted one of them, there’s no way you figured out every single one. When a rich woman dies in a car accident, it seems like an open-and-shut case for Detective Susan Adler. But then details start emerging about the accident, and the woman’s husband, who stands to gain everything from her death—and suddenly, things aren’t so simple. I can pretty much guarantee you that you won’t solve the murder before Detective Adler. Warning, though: do not finish this book at night, or else you will not be able to sleep.

‘A Stranger on the Beach’ by Michele Campbell

In this tale of alternating perspectives, you’ll be constantly questioning who’s telling the truth and who’s an unreliable narrator. In this novel, rich Caroline hooks up with blue-collar Aidan after finding out her husband is lying to her, and possibly having an affair. To Caroline, her affair with Aidan is just physical, an escape from her marital problems. But Aidan falls hard and fast—and doesn’t want to let go, either. How hard will he hold on?

‘The Perfect Wife’ by JP Delaney

So I read on the back that this was about A.I. and I was like “ugh, pass,” but then I gave it a try and was really pleasantly surprised. The book opens with Abby Cullen-Scott waking up in the hospital—only to quickly learn that she’s not actually Abby Cullen-Scott, but a robot made in her likeness to replace the real Abby Cullen-Scott, who died in a mysterious accident. Or did she? A.I. Abby has to race against the clock to find out what happened to Human Abby before the same thing maybe happens to her.

‘The Runaway’ by Hollie Overton

If you want a thriller that feels more grounded in reality than others, pick up The Runaway by Hollie Overton. Taking place in LA, it toggles between the POV of Ash, a formerly homeless foster teen, and Becca, her soon-to-be-adoptive mother who also works as a psychiatrist for the LAPD. All seems to be going well until Ash up and disappears, and it’s up to Becca to find her, with or without the LAPD’s approval or help. What at first seems to be a normal expression of teenage angst quickly reveals the dark underbelly of life on the streets.

‘Tell Me Everything’ by Cambria Brockman

Protagonist/narrator Malin starts college at an elite private school, and finds herself friends with a pretty diverse group of kids who all seem fun, but they all have their secrets. At the end of the book, someone will wind up dead. Throughout the book, you’ll discover what everyone in this group that seems to have it all is hiding. There are so many surprises in Tell Me Everything that I’m pretty sure it’s mathematically impossible for anyone to get them all.

‘The Perfect Son’ by Lauren North

Following her husband’s tragic death, Tess Clarke wakes up in the hospital after her son Jamie’s 8th birthday. She knows he’s gone missing, but nobody believes her. Nobody is there for Tess except her best friend Shelly, who suspiciously became a huge part of her life right after her husband’s death. Alternating between the past and the days leading up to Jamie’s fateful 8th birthday, Lauren North takes the reader on a race against the clock.

‘Lost You’ by Haylen Beck

Libby has wanted a baby for as long as she can remember. Her dreams finally come true when Ethan arrives, even though it’s at the expense of her marriage. A hardworking and dedicated mother, Libby never gives herself a break. But when her friends convince her she deserves a vacation, she thinks “why not?” and books a trip with Ethan to a resort. The first few days of the trip go great, until the end of the third day, when Ethan is kidnapped. Libby’s worst fear has officially come to life. But she can’t find Ethan without confronting her past and risking losing him forever.

‘The Swallows’ by Lisa Lutz

This isn’t a thriller in the traditional sense, but there is mystery and intrigue and by the end of the novel, someone ends up dead. Also, Lisa Lutz is one of my favorite writers and wrote one of my favorite thrillers, The Passenger, so I’m going to show her some love here regardless. Anyway. The Swallows takes place at a New England prep school that has a secret underground subculture fueled by misogyny. Sound familiar? But the girls at the school are getting tired of this system. When a new teacher comes, she gives the women hope that they can finally end this gross culture once and for all. But where there’s a boy’s club, there are generations of men who have benefited from a system of misogyny, and they don’t want to give that up without a fight. And boy, is there a fight—and, like I said, someone winds up dead.

‘Take It Back’ by Kia Abdullah

Take It Back is more of a legal thriller than a true thriller with, like, murder, but there’s plenty of suspense and mystery nonetheless. In this classic tale of she-said-they-said, the victim is a teenage girl with facial deformities, and the accused are four good Muslim boys from hardworking immigrant families. The quest for justice becomes the trial of the decade. As the accuser’s story unravels, readers are left trying to figure out what the truth is.

Images: Clever Visuals / Unsplash; Amazon (10)
Betches may receive a portion of revenue if you click a link and purchase a product or service. The links are independently placed and do not influence editorial content.