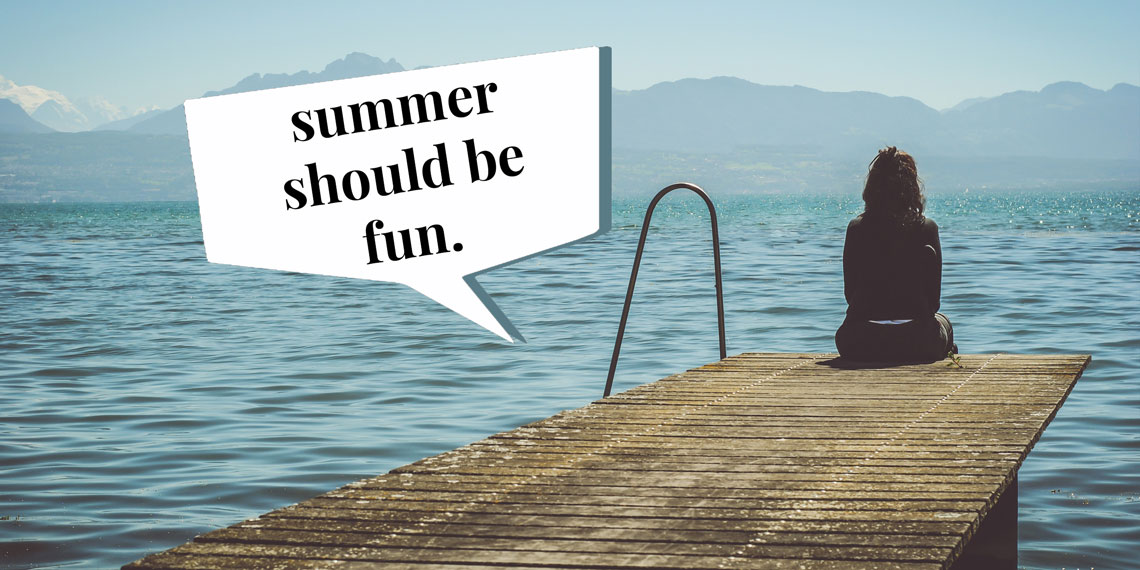 Everything Is Awful: Here Are Your Weekend Horoscopes For August 3-5

Let’s pour one out for the homies we’ve lost to Mercury in retrograde. The entire West is on fire. Trump is still President. And, thanks to global warming, it’s too hot to do anything ever. Sure, Mercury is not directly to blame to all of these things, but he sure makes a good scapegoat. Here are your weekend horoscopes for August 3-5.

Your mind will be on money this weekend. Remember, you have the power to control your financial destiny. You’re saving for something big, so remember that when you want to drink your sorrows away this weekend. Don’t be afraid to go hard at the pregame to save money at the bar. As my grandmother would say, a shot taken in the kitchen is, like, six bucks saved in the bank account. Sorority grandmother, obvi.

You’re second-guessing yourself a lot lately. That’s totally to be expected considering the situation we’re in with the planets and such. Mercury in retrograde make you feel as off balance as you do when you try to dance on a table in heels. This weekend, it’s best to own up to your decisions. Make a choice and stick to it. I mean, as long as that choice is to stay low to the ground when tequila is involved.

It’s okay to branch out to the unknown this weekend. Sure, that could be a little risky with Mercury still in retrograde and all, but a Moon-Uranus merger will awaken your intuition, leading you to make the choices that are truly best for you. Could that guy you meet at the beach be a serial killer? Sure, but if your heart is telling you to go home with him, maybe it’s worth risking that you’ll be featured in the next big Netflix doc.

This weekend could be really intense and emotional for you. Avoid getting too caught up in touchy subjects like politics, race, or religion. The best course of action is to find a lazy river (or an actual river) and just let the summer vibes wash over you. If it’s not “namaste” it really needs to go away this weekend. Please and thank you.

The Moon merging with Uranus can bring an unexpected insight into your social circle. This means you need to keep your head on a swivel to watch for fake friends. Of course, summer is a time for partying, so it’s really easy to meet new people who want to be your best friend. Just make sure that the people you’re getting close to aren’t slut-faced ho bags.

The Moon’s position in Aries can send your emotions on a rollercoaster ride. It sounds fun, but it totally isn’t. So, step one is to avoid red wine unless you want to be the mess of a girl with mascara running down her face outside the bar. Also, avoid your triggers. If you know Brian always goes to a certain bar, steer clear of that bar. C’mon girl, it’s not that hard.

Your advice will not be well received this weekend. Let’s face it, a lot of the other signs are a hot mess right now. It’s okay to keep your opinion to yourself. Don’t tell Jen it was stupid for her to cut her bangs; there’s not much she can do about it now. Don’t tell your boyfriend his dad bod is cute; he definitely hasn’t yet realized he has a dad bod. If it really must be said, these convos can wait until Mercury is out of retrograde.

You’re trying to rally the troops this weekend. It’s kind of hard when the other signs are throwing major pity parties for themselves. Try not to get too upset when others flake on your plans. If they need a mental health day or whatever, fine. Just remember to show them what they’re missing by posting every bit of the fun on your Instagram story. The best cure for flakiness is FOMO.

Don’t let a sudden issue distract you from the big picture this weekend. One fight with your boyfriend while Mercury is in retrograde doesn’t mean you should throw in the towel. One bad grade in your dumb summer class doesn’t mean your major is totally wrong for you. Consider these things a bump in the road and keep on truckin’.

There’s tension in the works between you and a female you’re close to this weekend. Your mom, your sister, or your roommate could be a major cause of stress. Keep things lights, avoid challenging people, and remove yourself from the situation if need be. Your roommate can’t get mad at you about the AC or the dishes in the sink if you aren’t in the apartment, right? Like sorry, we were at the beach and I left my phone in the car.

You’re experiencing a shift in how you feel about something personal and relating to your home. The Moon-Uranus merger will give you insight into something you’ve been mulling over. Whether you’re deciding if it’s time to move or if it’s time to move on from your significant other, you could get a solid answer to a major question this weekend. Woah, that’s heavy.

You’ve been keeping some emotions pretty buried. Don’t be surprised if you have a Pompeii-sized reaction to something seemingly minuscule this weekend. Something petty yet bothersome will throw you over the edge. Others will not see it coming, so be mindful as to not cause too much damage. It’s basically hurricane Pisces this weekend, and everyone else needs to take cover.