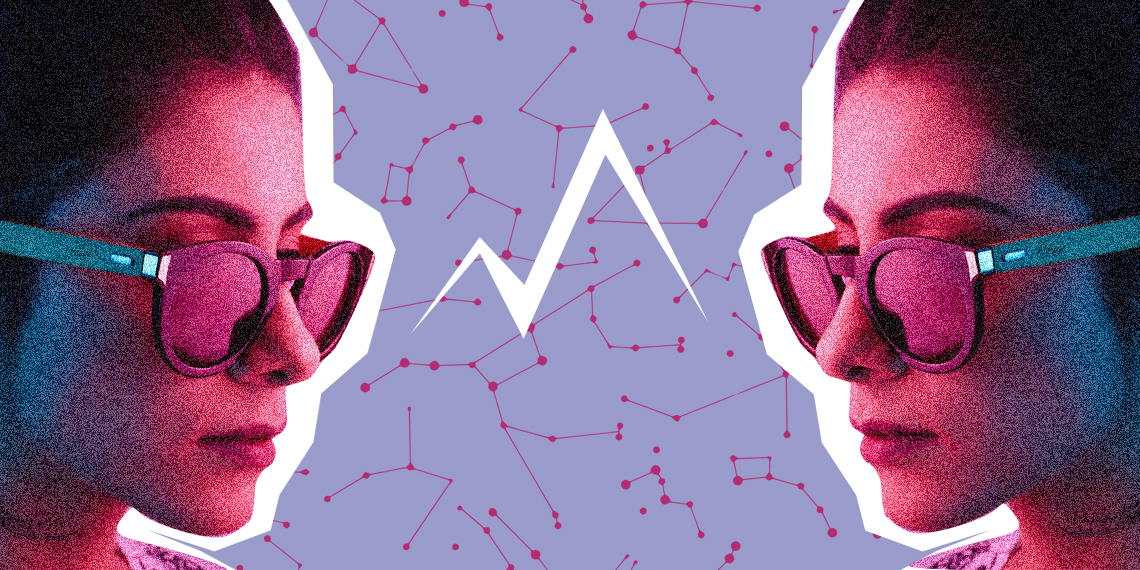 You Can’t Help It That You’re Popular: Weekend Horoscopes For January 11-13

What is that feeling? Is it motivation? Is it energy? Could it be…genuine f*cking happiness? No wonder you didn’t recognize it. Take advantage of some majorly motiving vibes and do whatever it is that comes to mind, whether it be romantic, spiritual, or professional. You can also just like, get really drunk. Here’s what you can expect from this frigid weekend.

You’re in the mood to take some risks this weekend, Aries, so why not go for it? Go to that part of town you never go to because it’s too far away. Flirt with that dude at the bar whose facial hair would normally be a deal breaker. Take that shot you probably shouldn’t take. Just don’t catch anything that can’t be cured with a quick round of antibiotics, k?

Listen to this advice carefully Taurus: shut. the. f*ck. up. Just do it. I know you think you’re “keeping it real,” but you’re actually being a b*tch. I’m giving you this tough love now, so you don’t wake up on Sunday with ten less friends and no one to brunch with. That would be a disaster.

Hmm…how do I put this, Gemini? This weekend you’re gonna wanna get laid. No judgement here. It’s a human need. So tap into your inner Samantha and figure out how to make that happen for yourself. If you’re in a relationship, maybe try . If you’re not in a relationship, get to scrolling. There’s gotta be someone half-decent out there who can scratch that itch for ya.

This weekend, you’re looking to strengthen your relationship with one person, whether it be a friendship thing or a romantic thing or a we-don’t-really-know-wtf-this-is thing. You’re in the mood for some one-on-one hanging, so why not reach out and plan something fun? Just make sure to leave Sunday clear, because you’re going to be feeling v introspective and will need some time to face mask-and-chill.

Do you feel that, Leo? Do you? That’s the power of the whole f*cking world at your fingertips. You are going to be feeling ah-mazing this weekend, so you’d better f*cking take advantage of it, whatever that means to you. I don’t give a f*ck if you party all night or stay in and finally Marie Kondo your place, just do something. This kind of good energy comes but once a year.

You’re feeling extra-extra this weekend, Virgo, so embrace it. Wear that outfit you’ve been saving for a special occasion (the occasion is your very presence in the room) and plan a night out with friends. Go as hard as you want, just know that come Sunday your Insta story will have about 100 dashes along the top, and half of them will need to be deleted.

You’re emotional af this weekend, Libra, so don’t be surprised if you’re that person at the bar who has one drink and starts asking everyone if they believe in God. If you have a friend who is down for these philosophical chats, start a text chain immediately to blow off some of this steam. You don’t want to end up crying at the club asking the bartender if he thinks the blue he sees is the same as the blue you see.

Oh f*ck, you’re on fire this weekend, Scorpio! Your creative energy is poppin’ so find an outlet and use it ASAP, before you smoke too much weed and it goes away again. Is there a Pinterest craft you’ve been dying to try? This weekend is your best shot at actually executing it properly, and not just ending up with a giant mess of paint and glue.

Put your f*cking credit card down. Put it down now. This weekend you are going to have the urge to overspend. Whether that be buying a new dress from Shopbop that looks exactly like all your other dresses from Shopbop, or just buying shots for literally every person you see, you’re in serious danger of an overdraft fee this weekend. Be careful. You still have rent to pay.

You can’t help it you’re so popular, Capricorn. Literally, it’s in the stars. If you see an influx of people hitting you up/liking your posts/generally noticing you for the goddess that you are, embrace it! This weekend your charisma will be off the f*cking charts, so be sure to get out there and let people see it. Who knows what might happen?

Take a deep breath, Aquarius. You’re bringing some past resentments and drama into the weekend, and it’s only gonna serve to piss you off. Sure, you’re right about that girl being a b*tch to you at happy hour last night, but let it go. She’s tacky. You’re classy. Get over it and move on.

You’re one week into the new year, Pisces, and you’ve forgotten to take one of the most crucial steps to new-year-new-you-ness. It’s time to cut toxic people out of your life. You know who I’m talking about. They’ve gotta go, and all they’re gonna do is dull your 2019 shine. It’s time to set their texts to do not disturb, mute them on Insta, and wish them the best (but also not really).