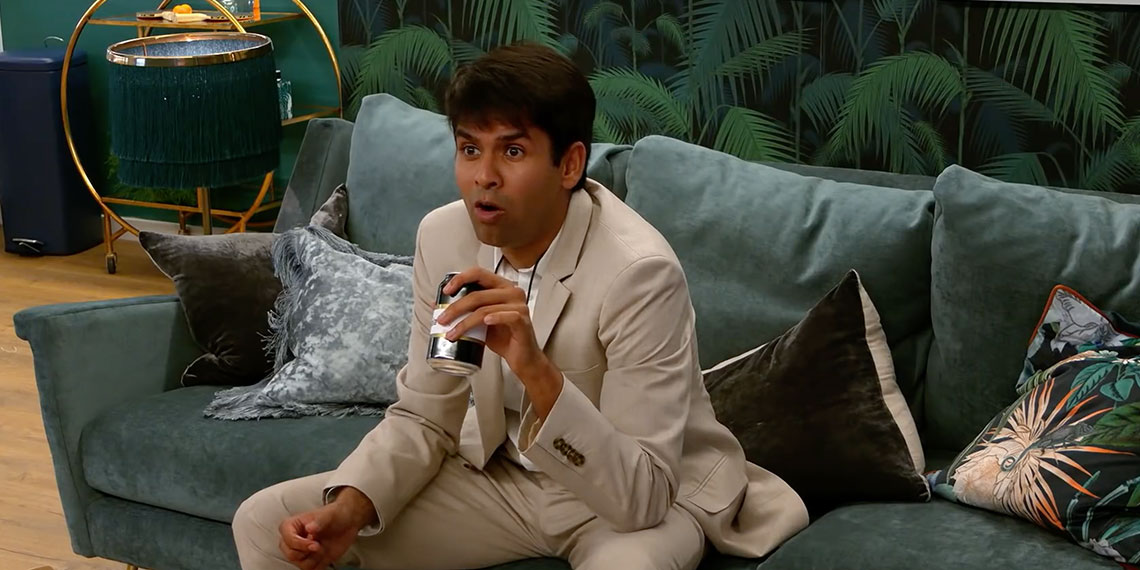 WTF Is ‘The Circle’ & Why Is Everyone Obsessed With It?

If you’ve watched The Circle on Netflix, I think you’ll understand when I sum up my feelings about it like this. Pros: it’s an insanely entertaining show with a format that makes absolutely no sense and contestants you can’t get enough of. Cons: I have no cons for The Circle, moving on. I’m kidding, but only a little. Here’s why. After spending the majority of MLK weekend on my friend’s couch watching the show, I came home, turned on The Bachelor, and was immediately annoyed. Suddenly I could not stand to hear another perfect-looking woman tell a perfect-looking man her darkest trauma after they spent an hour line dancing together. It all felt so much more fake than it used to. And that’s how I knew The Circle affected me. Everyone I know is talking about it, and I’m going to take a look at what made this show so good I called out sick the first week of January.

So for those of you that have fulfilling lives filled with friends, family, and hobbies, and don’t spend 11 hours straight with an Apple TV remote, you are probably wondering, what is The Circle? So let me try to explain the unexplainable. It’s (approximately) eight contestants living in separate apartments only communicating via a chat on their TVs. Eventually the contestants have to vote on their favorites and people get kicked off. New people come, and eventually there is a winner who wins $100,000. I hope that kind of lays it out? I’m sorry, but it’s really hard to describe someone else’s beautiful fever dream come to life. It’s basically like Catfish mixed with Big Brother. Some players come as themselves, others are catfish, and one dude was a team with his mom, but I suspect that was just because he wanted her homemade baked ziti, and not because he found her opinion valuable. But I’ll let you judge for yourself:

So what is it about a reality show with a not-very-organized premise and very little face-to-face human interaction that makes it stand out from the reality TV show pack? For that question, I have a simple answer. The contestants. Whoever cast this show is definitely far superior to the drunk baby monkeys they have tapping away at the keyboards at ABC headquarters. Because it’s like they knew if I saw another pageant queen with divorced parents and a full set of veneers on my TV screen I would break into their offices and drop Visine in all their S’well bottles.

Okay, so they had one.

What made The Circle so great is the fact that it did give a different kind of contestant a chance to shine. I know the old school version of Real World used to showcase a wide variety of people, but lately most reality TV shows are cast based on appearance, social media presence, and connections. In, say, the past ten years, have you seen a nerdy, skinny, genuine guy like Shubham on a reality show? Certainly not on the ones I’m watching. And Shubham was a STAR! He made everyone feel good about themselves, he was insanely loyal, and he is too precious for this world. I wish he was on my Gchat list, just to provide a little contrast to the “Let’s burn it all down” conversations I have with Ryanne. Not that I don’t love those, Ry! Let’s still end everything!

The contestants also weren’t pigeonholed. When we were first introduced to Joey, I audibly groaned. As a Jersey girl from a county I once saw referred to in the comments section of our local paper as “the oregano trail” (I’m sure it was meant to be offensive but lol), I know MANY guys like Joey. And boy, are they trash. Well, if trash wore a tank top that was too tight and called you baby girl. But Joey was not that! I mean yes, he loved his mama and had a ridiculous accent, but he was also incredibly sweet, and forged real connections with people not based on how many fishes they eat on Christmas Eve. It’s almost like people contain multitudes or something!!

Okay so he’s wearing a tank top, but he’s so wise.

And Sammie! Sammie was so gorgeous I was suspicious she was actually Mila Kunis doing research for an upcoming part. I’m ashamed to admit that I spent hours Googling Mila’s location and comparing to Sammie’s geotags. I’m still not convinced they’re not the same person, but I needed a break for my mental health. If anyone would like to take the reins on that investigation let me know pls. Sammie was such a cool girl coming in, I didn’t expect her to be so nice to everyone, and also incredibly hilarious. And Sammie responding to dudes creeping on her is all of us.

Even the contestants that were catfishing, Rebecca and Mercedeze, were still being genuine, just doing it with someone else’s face. Which is more than I can say about any of the girls on The Bachelor, who might have their own face (using the term “their face” liberally of course), but nothing coming out of their mouths seems real. And yes, Rebecca did think that your left side hurts when you get your period, but at least she tried! And Mercedeze, or Karyn, really bonded with Chris, even though she was pretending to be someone else. She says the way she acted was always her personality, and that’s why they were able to connect as friends. And they are still friends! I’m giddy.

BABYBOYYYYYYY * @thebsimone voice* . . . Anytime they asked what was my best/favorite experience on @thecirclenetflix IT WILL ALWAYS BE YOU!!! I adore u to the moon and back!! I pray when u see this u know youre always on my mind and heart 🙏🏾🙏🏾 #TheCircle #TeamKiKi #TeamMercedeze #TeamChris

Shubham and Joey also forged an unlikely friendship, and it is one of my favorite things I have ever seen on TV, maybe even better then when Lara Jean and Peter Kavinsky finally make out in the hot tub. Shubham would take a bullet for Joey (he said so!) and Joey would die for Shubham (he said so too!). Which is really sweet, considering that at Christmas I called my brother “the biggest asshole I’ve ever met” because he told me to throw out my garbage. These two clearly like each other more than we do!

I don’t think the contestants would have been able to have these relationships without the format, though. At first I was worried that it would be boring to watch people speak messages to their TVs and doubted that they would be able to cultivate relationships that way. But I was dead wrong. First, listening to people describe emojis (“strong purple guy” aka the eggplant emoji, looking at you) is more hilarious than you could even imagine. Second, I think the fact that you don’t have to look people in the eye when you’re confessing personal information actually makes it easier to be open. It makes me think that if I could have just texted my therapist maybe I wouldn’t have lied to her so much. Oh, the what-ifs! And since the contestants didn’t have anything else to do except converse with each other, that made it even easier. The producers picked the perfect cast to execute this innovative format.

The Circle truly felt like an original amongst all the same sh*t out there. I’m sad the show is over, because I feel like my own friends are gone. Shubham, I too would die for you! So now I’ll just have to do what I do with all my unrequited crushes, stalk them on Instagram until someone better comes along. But Joey, will you check your DMs? I think Ryanne sent you a little something!