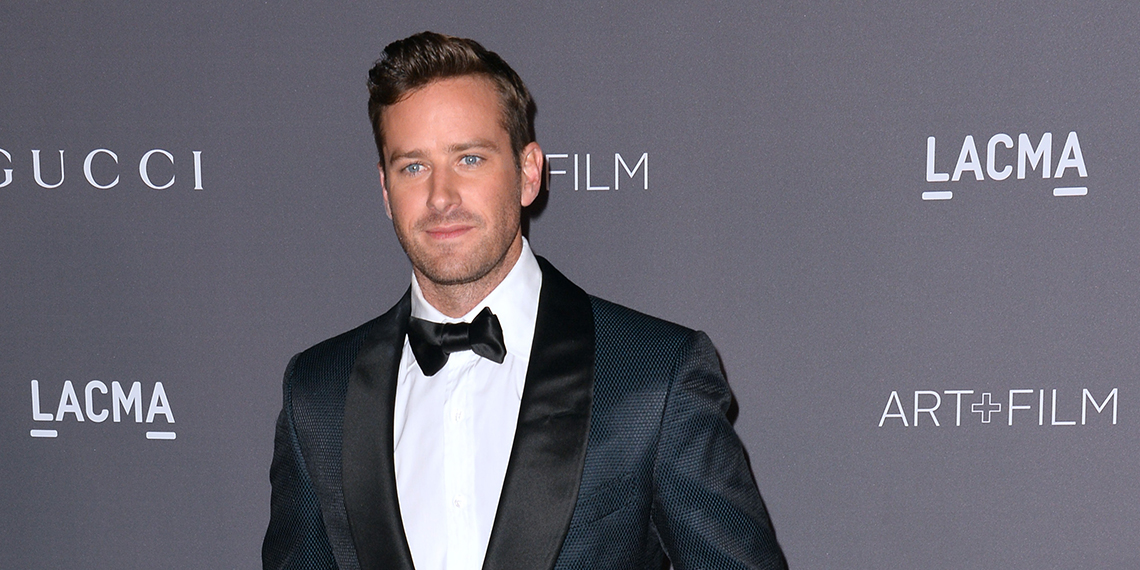 UPDATED: WTF Is Going On With Those Armie Hammer DMs?

If you noticed on Monday that Armie Hammer was trending on Twitter but didn’t feel like delving any deeper into why toothpaste was trending, then you might want to get some eye-bleach handy and get ready for a whole bunch of sh*t you never wanted to see. Consider this your warning: you will probably be happier not knowing what I am about to tell you. So. The actor who played both Winklevoss twins in The Social Network (and not the baking soda company) started trending when screenshots of purported messages with the actor leaked. Just a warning, they are very graphic, so if you are of the faint of heart or have pets nearby (you’ll find out why in a second) then you may just want to tab out now and live in blissful ignorance like I wish I’d done.

On Sunday night, screenshots started circulating that appeared to be between Armie Hammer’s own verified Instagram account to a now-private IG user in which Hammer allegedly wrote, “I am 100% a cannibal. I want to eat you. F**k. That’s scary to admit … I’ve never admitted that before.” Other alleged messages include statements such as “I need to drink your blood” and “I’ve cut the heart out of a living animal before and eaten it while still warm.”

(And my go-to bad first date story is the time a guy opened with his theory that five out of five women like being choked in bed.)

Many outlets are pointing out that so far, the screenshots have not been authenticated, though a screenshot claiming to be from an accuser admitting the messages were fake has been debunked as an even deeper fake that may have been fabricated by an Armie Hammer fan account.

In other alleged messages, Hammer writes, “You just live to obey and be my slave. I will own you.” A master/slave relationship can be a type of sexual fantasy and role play that participants enter into consensually. But the power dynamics at play when a not-famous person enters into a relationship with a person who wields a lot of power and influence can blur the lines — as can the very nature of a master/slave relationship.

According to screenshots shared by The Sun, Hammer allegedly said, “I feel like the same way you are on one side of the spectrum, I am on the other side of the master spectrum and I can’t ever imagine another slave. I don’t even want one.” According to an annotation by the original poster, Hammer “literally had multiple slaves when he said this lie.” In a 2018 interview in The Cut, BDSM educator Barbara Carrellas stresses, “Master-slave contracts are negotiated between two consenting, loving people, and they usually take years.” It’s also important to note that consent can be revoked at any time.

Writer Jessica Ciencin Henriquez, who was spotted grabbing food in LA with Hammer in September 2020 (some outlets have characterized her as Hammer’s ex-girlfriend), tweeted, “If you are still questioning whether or not those Armie Hammer DMs are real (and they are) maybe you should start questioning why we live in a culture willing to give abusers the benefit of the doubt instead of victims.” On her Instagram stories, she posted, “It takes an army to hide a predator. Behind every abuser is a ton of people working hard to cover up the trail.”

Hammer’s reps have not responded to multiple outlets’ requests for comment.

UPDATE: On Wednesday, a spokesperson for Lionsgate confirmed Hammer would be recast in the upcoming film Shotgun Wedding, which he was set to star opposite Jennifer Lopez. A production spokesman said in a statement, “Given the imminent start date of Shotgun Wedding, Armie has requested to step away from the film and we support him in his decision.”

In a statement, Hammer said, “I’m not responding to these bullshit claims but in light of the vicious and spurious online attacks against me, I cannot in good conscience now leave my children for 4 months to shoot a film in the Dominican Republic,” adding, “Lionsgate is supporting me in this and I’m grateful to them for that.”

On Thursday, one of Hammer’s ex-girlfriends, Courtney Vucekovich, gave an exclusive interview to Page Six, alleging Hammer was “emotionally abusive” in addition to being “weird and gross”, saying, “He likes the idea of skin in his teeth.”

But the fetish wasn’t the most alarming part of their relationship — Vucekovich told Page Six that, at most, if she had a small cut on her hand, “he’d like suck it or lick it” — the real issue was the “active manipulation” and emotional abuse she suffered at the hands of Hammer.

“He quickly grooms you in the relationship,” she told Page Six. “He kind of captivates you and while being charming, he’s grooming you for these things that are darker and heavier and consuming. When I say consuming, I mean mentally, physically, emotionally, financially, just everything.”

Vucekovich said that at one point, she and hammer spent three straight weeks together, and in the moments when they weren’t together, he’d text her 100 times a day. Eventually, she was paying for everything, even gas, because “he’s allegedly broke” — though a Google search puts his net worth at $16 million. The alleged abuse was so bad that, following an explosive fight that ended their relationship, Vucekovich had regular panic attacks, and eventually checked herself into a 30-day partial hospitalization program for PTSD and trauma.

Paige Lorenze, who was linked to Hammer in December 2020, tweeted on January 10, “anyone got a good therapist?”

Hammer and his wife Elizabeth Chambers announced their divorce in July after a decade of marriage and 13 years as a couple. A source told ET that Chambers is “in complete shock” and that “she is sickened by the various women’s claims”.

UPDATE 2/2/21: Chambers has seemingly responded to the allegations, writing in the caption to an Instagram post, “For weeks, I’ve been trying to process everything that has transpired.” She added, “I support any victim of assault or abuse and urge anyone who has experienced this pain to seek the help she or he needs to heal” before stating that she will not comment further on the allegations.

Last week, news broke that Hammer’s Call Me By Your Name costar, Timothée Chalamet, would be teaming up with the film’s director, Luca Guadagnino, for a movie adaptation of the young adult novel Bones & All by Camille DeAngelis. Bones & All is about—get this—a 16-year-old who eats the people she falls in love with. Yeah. Chambers commented “no words” on an Instagram post by Just Jared announcing the movie. No words indeed. It doesn’t seem like Hammer was involved, but still, it feels just a little too soon.

If you or someone you know has been the victim of sexual assault, harassment or violence, call the National Sexual Assault Hotline at 800-656-HOPE (4673) or chat online at online.rainn.org. If you or someone you know is in an abusive relationship, call the National Domestic Violence Hotline at 1-800-799-SAFE (7233) or chat online at thehotline.org.