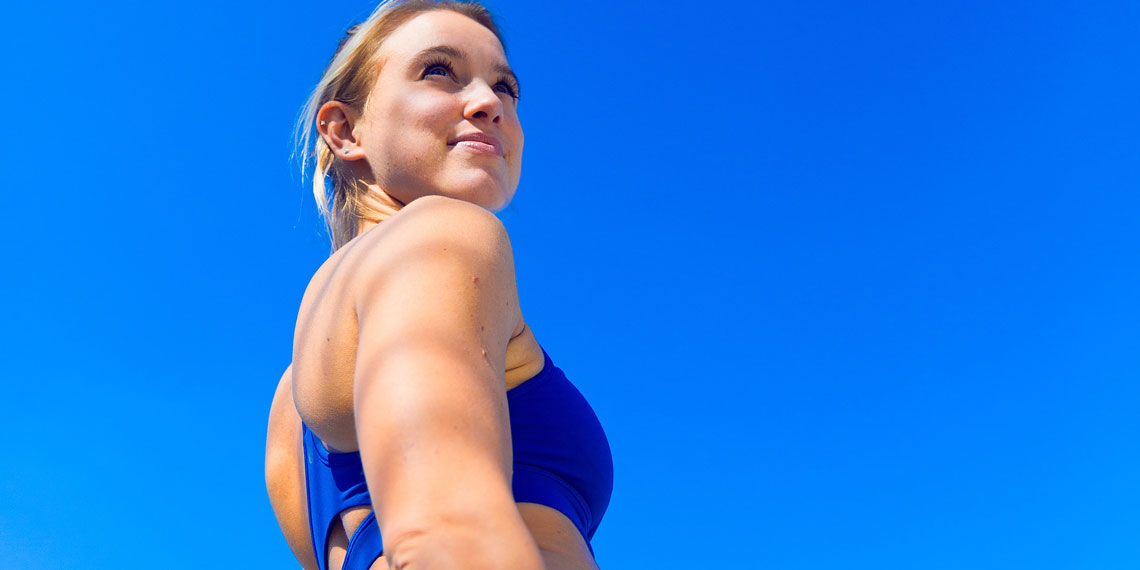 Why You Really Shouldn’t Trust Fitness Advice From Influencers

In news that should surprise nobody, a study showed that influencers don’t know how to give proper weight loss advice. I’m not even talking about the clearly sponsored tea ads that we all know are B.S.; I’m talking about the influencers with actual weight loss blogs and recipes. Yeah, apparently even the ones who seem legit can’t be trusted. A UK study was recently presented at a conference in Glasgow that gives scientific backing to this claim that the info these influencers are selling is misleading, to say the least.

The research conducted research on the 14 most popular UK influencers with fitness blogs, and they were chosen based on the following criteria:

So here’s what happened. Of the 14, 5 didn’t make the cut because too much of the blog content didn’t relate to fitness or weight loss. The 9 remaining influencers’ blog contents were further analyzed for credibility. The research had 12 indicators that they used to quantify credibility (science will turn anything into numbers, it’s crazy). These indicators looked at transparency, proper use of other resources, trustworthiness, adherence to accepted nutritional guidelines, and bias. They were measured on a pass/fail basis, and just like in high school, 70% was the pass rate. The study found that 5 influencers did not provide evidence-based references (so, scientific studies) for their nutritional advice and they presented their opinions as facts.

The researchers also took 10 latest meal recipes from each blog and analyzed their nutritional values. These values were then compared to guidelines in the Public Health England’s “One You” calorie reduction campaign (so their version of USDA’s My Plate)  and something called UK Food Standards Agency’s Traffic Light Scheme (which sounds to me V. CONFUSING, but turns out it’s just their cute little method of labeling their food). Only three recipes met the UK’s public health criteria.

So who really passed? Just one. The passing blog is run by a degree-qualified blogger, who is also a registered nutritionist with the UK Association for Nutrition. Interestingly enough, a medical doctor did not pass. Considering that doctors are not trained in nutrition (a lot of people don’t realize this), this is not that surprising to me. The lowest scoring blog was run by an influencer with no nutritional qualifications.

love that for us | @mf_flynn

Now first of all, this study has an extremely small sample size. Nevertheless, the findings are still important. Let’s be real, personal trainers and nutritionists SHOULD require, at minimum, a certification course and passing a certification exam. Not all the online trainers you see will have these certifications. Better personal trainers have degrees in their field that require years of work, and better nutritionists are registered dieticians, which means they have to take the Board Exam.

As someone who has degrees in both fields, I can attest to the amount of work we do. We talk about the cycles of metabolism in deep detail. I’m talking all-nighter required levels of detail. We literally remember the glycolysis pathway with each metabolite and catalyzing enzyme, along with the byproduct of each metabolizing step. We also remember the actual chemical illustration (the hexagon looking things, you see? Yea, those). A nutritionist who knows their science should know it takes 10 steps to get a sugar molecule into usable energy for your body because they should’ve learned it in an Advanced Metabolism class (pre-requisites include organic chemistry). A personal trainer who knows their sh*t should know all about the correct ways to periodize training programs to overcome the general adaptation syndrome for their clients’ continuous progression because they should’ve learned that in Kinesiology 101, or at the very least, during their certification course.

That all too science-y? Thank you. The point is this: People cannot just start going to the gym, getting their own bodies in better shape, and start giving out advice. Not only does that put people’s health at risk, but it also demeans an entire industry. That’s like if someone who put Neosporin and a Band-aid on their cut started calling themselves a doctor.

The main takeaway from this study? Be careful who you take advice from! They may have the perfect IG feed with a blue check, but that doesn’t mean they’re qualified to dole out advice. Nutrition and fitness is a field that is super scientific and specific, and it deals with your HEALTH. Always, always double check someone’s background in the field before believing what they have to say.