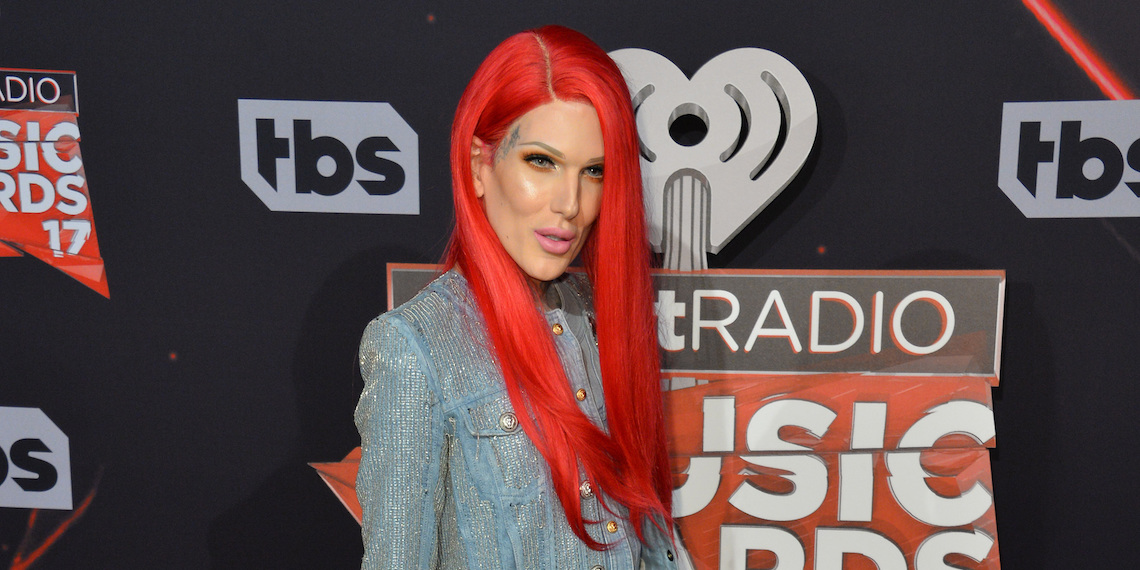 Problematic YouTube Stars Who Are Even Worse Than James Charles

In the last few weeks, YouTube drama has been in the news like never before. You might not have known about James Charles or Tati before, but now you probably have a deep understanding of their feud and who betrayed whom and which receipts might have been fake. Okay, maybe “deep understanding” is an overstatement, but we’ve talked through the drama. But if you’re new to the world of YouTube personalities, there’s a lifetime of drama for you to catch up on.

It would be literally impossible to explain all the dynamics of the various YouTube communities, but there are obviously a handful of people who rise to the top and dominate. And what do you know, the majority of them are problematic! Prepare to be frustrated and more than a little confused, because YouTube drama is like nothing else in this world. Literally so many of you guys have asked me (I say without a hint of irony) to break down other Youtube stars you need to know about, so I’m here to do just that.

If you’ve been following the drama with James Charles, then you know that Jeffree Star got heavily involved. He first said that James was a danger to society, then took a step back and apologized. Overall, he remained firmly team Tati, but that’s beside the point right now. Jeffree is one of the most successful YouTube beauty gurus, and he owns a massive makeup company, but his past is very interesting. Way back in the 2000s, Jeffree Star got his start on MySpace (tbt), making music that was a lot like Lady Gaga’s early stuff. He had devoted fans, but obviously he pivoted his career away from music and toward beauty. Sadly, Jeffree has a history of saying racist things, going all the way back to some videos that he made in the 2000s, where he says the N-word, and jokes about throwing battery acid on a black woman to lighten her skin.

Jeffree has apologized on multiple occasions in the past, but just last fall, his former hairstylist posted screenshots of texts from Jeffree, allegedly from early 2018, where he again uses the N-word. Yikes. Also last fall, popular YouTuber Jackie Aina posted an open letter on her Twitter denouncing Jeffree for his racist behavior toward her. It’s really baffling to me how he still has so many fans after the constant proof that he sucks as a person, but if Trump can win an election, I guess it makes sense that people are buying Jeffree Star eyeshadow palettes.

As much as I wish I could talk about Laura Leigh from Vanderpump Rules right now, instead we’re talking about…more racism! Laura Lee is another major figure in the YouTube beauty community, and she was one of the most notable people to denounce Jeffree Star last fall after (one of) his racism scandals. But then, because irony is real and beautiful, people went and found some, um, questionable things that Laura Lee tweeted in the past. Here’s the worst one:

“Tip for all black people if you pull ur pants up you can run from the police faster.. #yourwelcome”

I mean, Jesus Christ. Laura lost hundreds of thousands of followers after she was exposed, and brands like Diff Eyewear and Ulta pulled out of deals with her. She posted an apology video, which is four minutes of her doing the fakest crying I have ever seen. She deleted the video, but luckily other people re-uploaded it, so please enjoy:

She was so widely mocked for the video that she literally made another video apologizing for her apology. I told you these people were messy as hell.

Logan Paul and his brother Jake are hugely popular YouTube vloggers, but they also suck big time. Huge surprise. Back in December 0f 2017, Logan made a video about the Aokigahara Forest in Japan, which is known as a place where many people go to commit suicide. In the video, Logan calls the forest “haunted,” comes across a man’s dead body, which he SHOWS ON CAMERA, and then he also makes jokes about suicide. Understandably, people were horrified by this, and YouTube announced that they were kicking Logan out of their Google Preferred program, which is a partnership program for the top 5% of YouTube creators.

That’s his Notes app apology, where he says he was thought he could “make a positive ripple on the internet,” then talks for a paragraph about how hard he works and how anyone could’ve made a mistake like this. Yeah okay, next.

20. on the bright side i have amazing people in my life, like you guys. thank u for being the best fan base in the world… i am ready to make you proud, own up to my wrongs & continue to push you to use your voice. i also beat teen pregnancy so that's cool

Hey, it’s another one you might know! Outside of the YouTube world, Tana Mongeau is probably best known for dating Bella Thorne and flirting with Miley Cyrus, but there’s so much more to her story. Her crowning failure was Tanacon, and the story is literally incredible. Every year, there’s a giant convention called Vidcon, where top YouTubers do panels, performances, etc. for thousands of fans. Last year, when Tana didn’t get chosen as a featured creator, she decided to boycott Vidcon and throw her own convention for her fans down the street. The event was a complete disaster. The venue was way too small for the number of tickets sold, so many fans who had flown across the country to be there were stranded in a parking lot for hours with no food or water. Essentially, it was the Fyre Festival of YouTube. Afterward, Tana got very defensive and blamed everyone but herself for the disastrous event. (Fellow YouTuber Shane Dawson actually made a documentary series about Tanacon that is a fantastic watch.) Joke’s on Tana, because she just announced that she’s attending Vidcon this year. Lol.

There are many more YouTubers who have posted racist/sexist/homophobic/otherwise offensive things, but I only have the patience for so much stupidity in one day. If you’ve now been sucked into the world of YouTube drama, let me know if you want to see more like this!