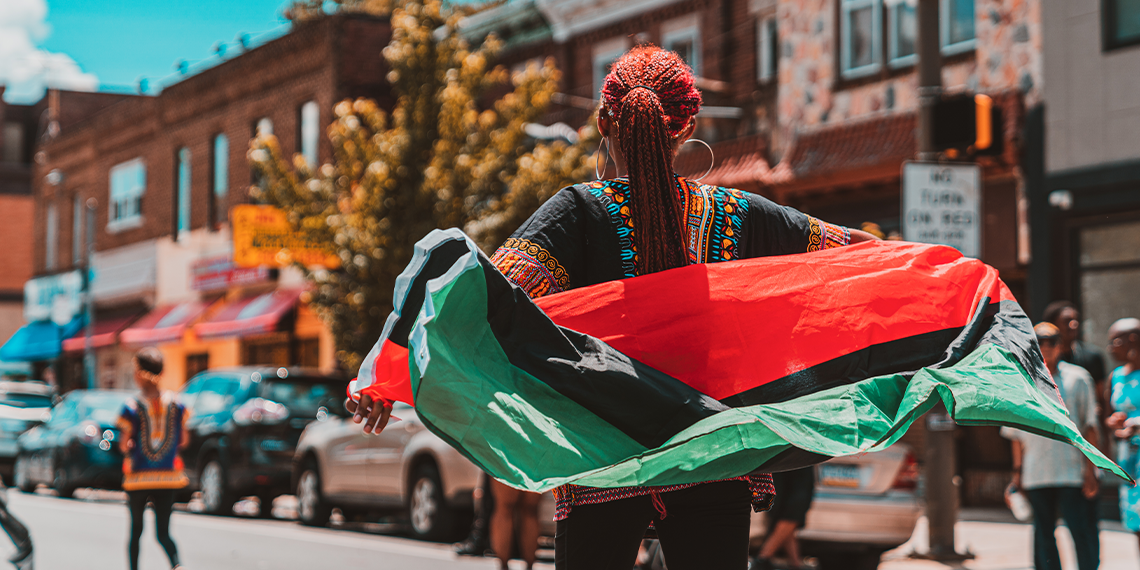 Why Do We Celebrate Juneteenth? What You Should Know

As the country continues its long-overdue racial awakening, a new (but not actually new) holiday has started to make its way into the white cultural consciousness: Juneteenth. While Black Americans have been celebrating Juneteenth for over 150 years, white people are just catching on (just like with every other aspect of culture).

This year has seen nationwide demands for states and companies to honor the holiday with a paid day off. Corporations from Nike to big law firms and tech startups have publicly announced their employees will have the day off in observance. For those of you who are new to the Juneteenth party, here’s a primer on everything you need to know to honor this holiday.

When Is Juneteenth and What Does It Recognize?

Juneteenth takes place on June 19th every year and commemorates the end of slavery in the United States. Specifically, it commemorates the day (June 19th, 1865) that Union soldiers finally made it to Galveston, Texas to tell enslaved people that the war was over and they were now free. It does not commemorate Lincoln’s Emancipation Proclamation, which had become official U.S. law on January 1st, 1863, but was not fully implemented to all until the order was read to enslaved people all the way in Texas two and a half years later.

Many plantation owners held enslaved people captive long after the proclamation, or intentionally fled westward to avoid approaching Union forces who would inform them of their free status.

On Juneteenth, a Union general finally read the words:

“The people of Texas are informed that, in accordance with a proclamation from the Executive of the United States, all slaves are free. This involves an absolute equality of personal rights and rights of property between former masters and slaves, and the connection heretofore existing between them becomes that between employer and hired labor. The freedmen are advised to remain quietly at their present homes and work for wages. They are informed that they will not be allowed to collect at military posts and that they will not be supported in idleness either there or elsewhere.”

How Long Has Juneteenth Been Celebrated?

Juneteenth (also known as “Emancipation Day” and “Freedom Day”) celebrations date back to 1866, starting in Texas, then spreading throughout the south and eventually the entire United States. Today, Juneteenth celebrations can be found in every part of the country, and it is recognized as a “state holiday” or “special day of observance” in 47 states. The three states that do not recognize Juneteenth in any way are Hawaii, North Dakota, and South Dakota. Really, Hawaii? I’d expect this from the Dakotas, but not from you…

How Is Juneteenth Celebrated?

Juneteenth is celebrated in various ways across the country. Being that this holiday started in Texas, it should come as no surprise that barbecues are a central component of the day, and cookouts featuring red foods to symbolize the perseverance of enslaved people are a cornerstone of most celebrations.

But that’s not all! Communities also commemorate Juneteenth with rodeos, parades, church services, and other outdoor celebrations. There is even a Miss Juneteenth pageant in which high school-aged Black girls compete for scholarships.

There is also an educational aspect to Juneteenth, with youth-focused initiatives aimed at helping young people understand the history of slavery in the United States, the lived experiences of enslaved people at the time, and the continued struggle for social justice. If you’re a white person looking to celebrate Juneteenth for the first time, this is probably the best place to focus your actions. You can also make a donation to four different groups fighting for racial justice here.

I don’t know! That’s an excellent question. Perhaps you’d like to ask your elected officials? More states give their employees the day off to honor pro-slavery Confederate soldiers than legally recognize Juneteenth as a state holiday. Until this week, Texas was the only state where Juneteenth is a state holiday, meaning state employees get a paid day off just as with Memorial Day, Martin Luther King Jr. Day, Christmas, etc. This year, governors of Virginia and New York introduced legislation to formally recognize the date as a state holiday in 2021, with Governor Cuomo declaring via executive order that state employees will have June 19, 2020 off.

It’s time for a daily newsletter that actually takes sides. Subscribe to the Sup daily email for five-minute updates in your inbox every day.