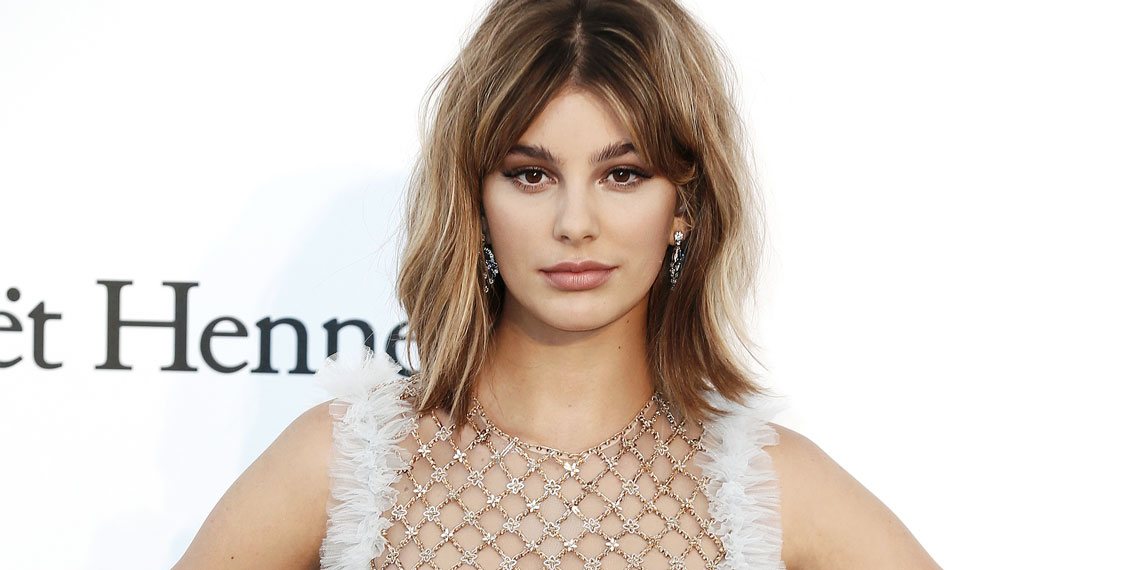 In all the news of celebrities getting engaged after .25 seconds of dating, you might have missed that Leonardo DiCaprio has a new girlfriend. And yes, before you even ask, she is a model. She and Leo DiCaprio have actually been dating for almost a year now, so we decided that it was finally time to do a little investigating and actually get to know this lucky b*tch. Her name is Camila Morrone, and before you go typing who is Camila Morrone into Google, we did some digging. We discovered everything there is to know about the stunning 21-year-old, so you don’t have to do your own research. You’re welcome.

Who Is Camila Morrone?

Needless to say, Camila Morrone is an actress and model. She’s obviously gorgeous and slightly age-inappropriate for the 43-year-old Leo, but at least she can legally drink. Camila is starring in campaigns for Topshop, Desigual, and Ay Not Dead jeans. Naturally, she’s besties with some other famous models like Hailey Baldwin, Kendall Jenner, Bella Hadid, and Kaia Gerber, to name a few. So basically, she’s not that different from Leo’s other model ex-girlfriends.

Thank you to everyone who supported @nevergoinbackmovie tonight in NY! We are so so grateful beyond words???? @a24 @maiamitchell @augustinefrizzell

Morrone is currently making the segue from model to actress (eye roll). Even though she never took an acting class in her life, she was cast in the action movie Death Wish starring Bruce Willis and made her starring debut in the comedy-drama Never Goin’ Back alongside Maia Mitchell, which premiered at the Sundance Film Festival. I haven’t seen either movie, so I can’t determine if she’s any good at acting, but hopefully she’s better than Cara Delevingne.

Who Is Her Family?

This is not Camila Morrone’s first brush with Hollywood royalty. Her mom, Lucila Solá, is a former model and romantically linked to an actor you may have heard of… Al Pacino. In fact, Pacino is credited with introducing Morrone to DiCaprio. The guys my parents’ friends introduce me to are all ugly with emotional intimacy issues, so I’m impressed with Al for this. Camila’s dad was also a model, starring in ad campaigns for Dolce and Gabbana in the 90s, which explains her perfect appearance. Is it too late for me to get adopted by them, and will it make me better looking by association?

The two were first reported as romantically linked when Leo was spotted leaving her house in mid December. I know, you’ve been out of the loop for a long time! It’s okay, we all are. After that, Camila and Leo spent the holidays together in Aspen and were seen getting off his private plane together in LA. The following month, they were together again, celebrating Ellen Degeneres’ birthday. This summer they’ve been spending time together on a yacht in the South of France and around the Italian Riviera, sometimes with her mom, which is the only possible buzzkill we could find in this whole scenario.

Is There A Future?

I mean, who really knows. On the one hand, just yesterday, Camila and Leo were spotted snorkeling together in Italy. On the other hand, this is Leo DiCaprio. The dude goes through ex-girlfriends like I go through shampoo. I would honestly be shocked if Camila was Leo’s last much younger gorgeous girlfriend. But then again, given what’s been going on in Hollywood lately, maybe they’ll get engaged two days from now. It’s anybody’s guess.