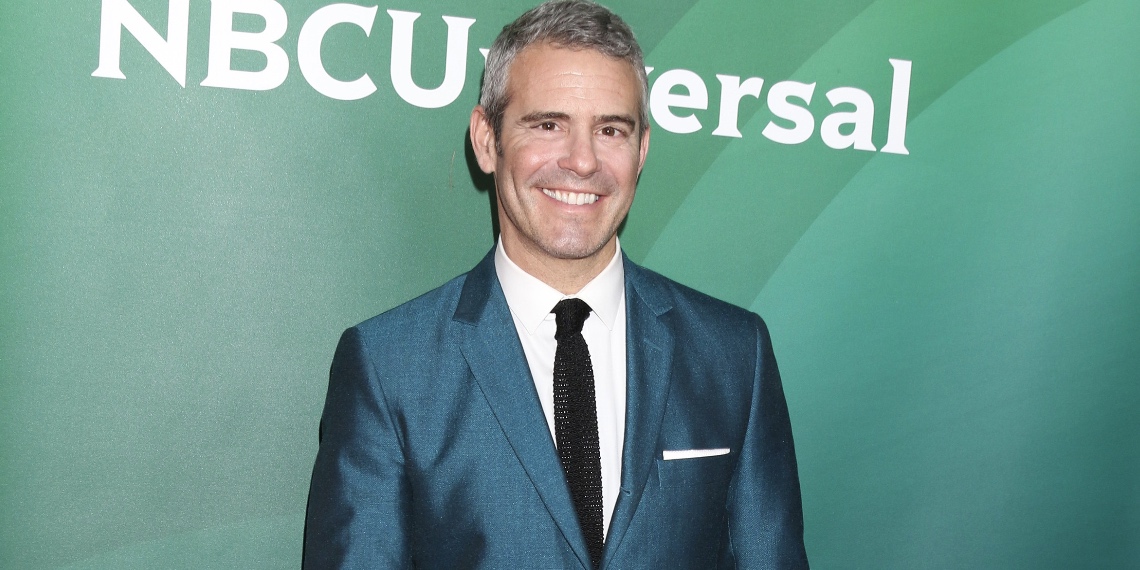 Which Real Housewife Loves Andy Cohen & His Baby The Most?

One week after the baby shower heard ’round the world, Andy Cohen is officially a father. He announced that his son had arrived late Monday night with a sweet selfie on Instagram, which may or may not have made me cry. The baby is named Benjamin Allen Cohen, which a good, normal name that I can’t even try to make fun of. Good job, Andy! I’m mostly thankful that he announced the baby’s birth right away, so we don’t have to sit around and speculate about this  for months. I have no doubt Andy will be a great dad, but I do have more questions about this baby’s 100+ thirsty aunts. Once Andy posted his photo, all the Real Housewives came out of the woodwork to out-congratulate each other. With the birth of Andy’s baby, we enter a new era of Real Housewife desperation. You know damn well that every single one of these ladies wants to be this baby’s godmother, even though Kelly Ripa probably already has that job locked up. But who had the best response? I’m not here to judge. Okay, you got me, that’s exactly what I’m here to do.

I think we can already assume that the Housewives who missed the baby shower won’t get to meet the baby anytime soon. Except maybe Bethenny, who has probably already made Benjamin a custom pair of Skinnygirl Jeans. She also posted an adorable photo of Andy with his dog, telling them to make room for one more.

And with that, Bethenny is back in the competition. As for who probably isn’t? Well, I doubt Lisa Vanderpump will be getting an invite to the Sip & See, seeing as she’s currently the only member of the Beverly Hills cast who hasn’t posted anything about the baby’s birth. I’m also particularly curious about what’s up with Tinsley Mortimer, who skipped the shower and hasn’t posted anything about the baby either. She’s the only current RHONY lady who hasn’t mentioned Benjamin. I’m going to keep an eye on this, because something doesn’t seem quite right.

But let’s get to who is in the running to be America’s next top auntie. Realistically, I think it’s going to be one of the OGs. Andy has always had a soft spot for his longest-running Housewives, and they all put in the work to throw that baby shower. I have a feeling Andy gets along best with NeNe Leakes and Kyle Richards. Think about it. Vicki is a Republican, Ramona is insane, and Teresa is…also insane. NeNe is definitely fun to have around, and she reposted Andy’s photo with a very sweet caption about how much joy she feels for him.

I’m shaking! The tears and joy i feel for you right now! I just can’t believe this…ANDY U ARE A DAD? @bravoandy congratulations

How weird, because reading this, I am also shaking and crying tears of joy?? How did she know?

Kyle also seems normal enough that I would trust her around my child, and she also reposted Andy’s photo with a cute caption. I will spare you guys from having to see the same picture a third time, but Kyle’s caption read, “How beautiful is this ? I’m so happy for you @bravoandy ?❤️ #babycohen #andysbaby” and then she reposted Andy’s entire caption, which is sort of an unnecessary move, but ok. Nene’s caption is definitely more emotional than Kyle’s, but one could also argue that it’s a little over-the-top.

The wild card in this equation, in my eyes, is Lisa Rinna. Lisa loooooves Andy, and no one could accuse her of not having a good time at his baby shower. She would be a hilarious, fun aunt, and I’m kind of bitter she’s not related to me. She’s not an OG like Kyle, but maybe if she gets Benjamin an awesome gift like one of these onesies, she’ll be allowed to hang out with them.

This caption just cements my love for Lisa Rinna:

She is an icon we do not deserve. Another duo coming out of left field to win Papa Andy’s affection are Brandi and Steph from Real Housewives of Dallas. While they’re relatively new to the Bravo-verse, they’ve been playing up their friendship with their new podcast, and they could give baby Benjamin double the love. They’ve both reposted the photo of Andy with Benjamin, but not all of their fellow Dallas castmates have done the same, so they’re proving their loyalty.

How beautiful is this picture?! Welcome to the world sweet angel. The world has so many wonderful things in store for you and God has blessed you with a wonderful daddy. We love you @bravoandy ❤️

Even though Real Housewives of Dallas is arguably one of the worst in the franchise (don’t @ me), Steph’s caption is one of the best out of all the Housewives’. It’s sweet without being overly dramatic, but it still has nothing on Rinna’s caption if you ask me.

I’m very happy for Andy, but also very happy that now we get a never-ending cycle of Housewife thirst all over social media. Who will post a selfie with the baby first? Who will bring Andy the most elaborate gift on Watch What Happens Live? The possibilities are seriously endless, and I can’t wait to watch it all unfold.