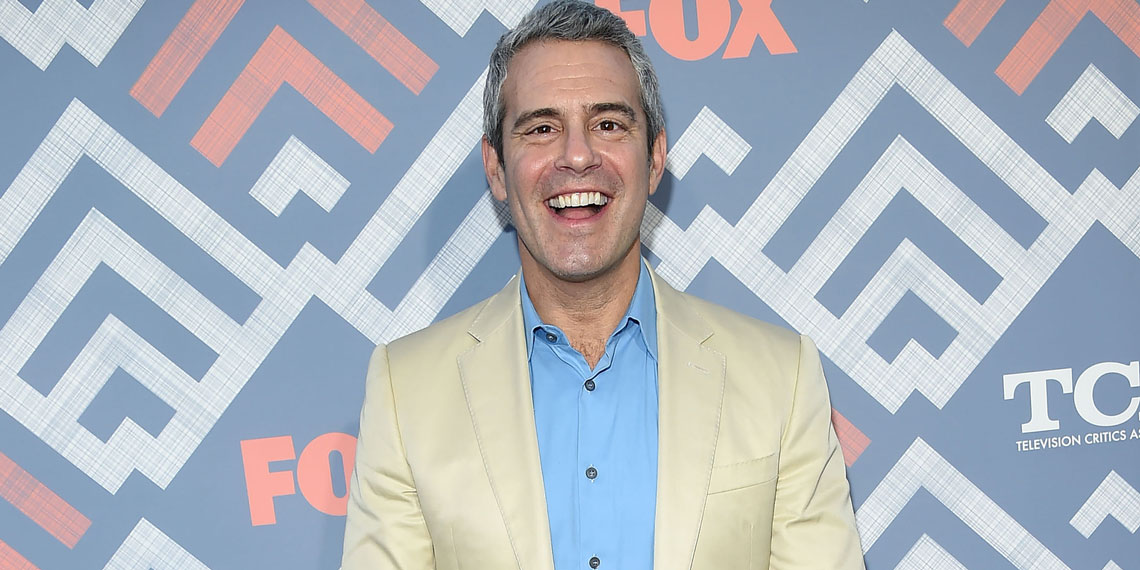 Over the weekend, Instagram basically broke when Andy Cohen had his baby shower. It was hosted by the OG Real HousewivesTeresa Giudice, Vicky Gunvalson, Kyle Richards, Ramona Singer, and NeNe Leakes, and every single current housewife was invited. As you probably know from watching hundreds of Instagram stories, it was a drunken sh*t show. Lisa Rinna was yelling at people on a microphone, and everyone was dancing on the tables. Basically, it was the party of my dreams, and following along was the best day of my life. There were dozens of housewives in attendance, but not everyone showed up. Who were the most important missing wives, and why weren’t they there? Let’s examine the evidence.

Given all of the drama surrounding Lisa Vanderpump recently, I didn’t really expect her to show her face at Andy’s baby shower. She basically ghosted Real Housewives of Beverly Hills halfway through filming the new season, so this party wasn’t high on her agenda. It is interesting considering that the party was organized by the other Housewives OGs, a group that she really should be a part of. Lisa hasn’t acknowledged her absence on social media at this point, but it looks like things aren’t great between her and Andy.

Besides Lisa, Bethenny was the most glaring omission from the guest list. Bethenny has been on Bravo for a decade, and she and Andy have definitely been close at some points during that time. It’s unclear if there’s major drama going on, but Bethenny wasn’t quick to comment on why she missed the shower. Early Monday morning, she finally addressed it in the weirdest way possible, with a picture of two freezing monkeys. Maybe it’s a metaphor for being left out in the cold? She tagged Lisa Vanderpump in the caption, but  gave no explanation for why she wasn’t there. Also, she and Lisa have never even really been friends. This whole thing is very confusing, and I need to know more.

Kandi Burruss, one of the most beloved Atlanta housewives, wasn’t there, but she has a very solid excuse. She’s on the new season of Celebrity Big Brother, which means she’s literally trapped in a house with no access to the outside world. That sounds like a nightmare for many reasons, but mainly because she didn’t get to go to this party. Hope it was worth it, Kandi!

Porsha was the other main Atlanta housewife not in attendance, but she also has a good excuse. She’s currently very pregnant with her first child, so it’s understandable that she wasn’t about to hop on a flight across the country. No shade here.

The Countess Luann was not in attendance on Saturday, because the event probably wasn’t classy enough for her. Jk, I don’t know why she wasn’t there. Lu quickly addressed her absence on Instagram by reposting one of my favorite memes ever, but like Bethenny, she didn’t give a reason for not being there. She was promoting her cabaret show on social media the same day, but she didn’t actually have a performance or anything, so it’s unclear why she didn’t show up. Hopefully she did the Countess-like thing and RSVPed with the proper amount of notice.

When Kelly, from Orange County, didn’t show up, people immediately guessed that she wasn’t invited because she would cause drama. Unfortunately for my messy soul, that was not the case. Kelly was on a skiing vacation that had been planned for months, and she sent Andy a gift. She also posted this photo at the ski lodge with Lil Wayne, because her life is cooler than mine will ever be. I’m not sure what she’s doing with her hand, but hopefully it’s not an offensive gang sign. We may never know.

I’m sorry I missed @bravoandy baby shower…I sent you a gift via Anthony.. you may have @johnmayer but I got @liltunechi aka.. LIL Wayne … Congratulations ???? #babyboy #rhoc #aspen #gorsuch #andycohen

Out of the current Real Housewives of New Jersey cast, Melissa Gorga was the only one who didn’t show up at the baby shower. Sadly, she was busy attending her daughter Antonia’s cheer camp, because like family comes first or something. Cheer camp sounds lame AF, but whatever.

RHONY wasn’t super well-represented at the baby shower, with Luann, Bethenny, and Tinsley Mortimer all missing. While Bethenny and Lu have at least acknowledged that they weren’t there, there hasn’t been a peep from Tinsley. I don’t think Tins and Andy are super close, but that didn’t stop the randos of Potomac from showing up. What’s up, Tinsley?

The Entire Cast Of ‘Vanderpump Rules’

While all of the Real Housewives were invited to the party, the cast of Vanderpump Rules was notably absent from the baby shower. These people are probably the biggest stars on Bravo at this point, but they will always be treated like second-class citizens. It’s probably a good thing that James Kennedy wasn’t there, considering how wasted everyone looked, but it does seem like a snub. Stassi wasn’t afraid to say so, and posted multiple times about stalking the party on Instagram. I have never related to Stassi Schroeder so hard in my life.

Spent most of my Saturday stalking every housewife’s IG stories… so, to make myself feel better about my lost invite, I’m posting a hot photo of myself.

There were several other Housewives not in attendance, but they’re pretty much randos who no one give a f*ck about. Too bad for them, because they clearly missed the party of the century. Andy’s baby is reportedly due as soon as this coming weekend, so hopefully there will be some great housewife Instagram posts when the baby is born. Can Lisa Rinna please be my aunt?