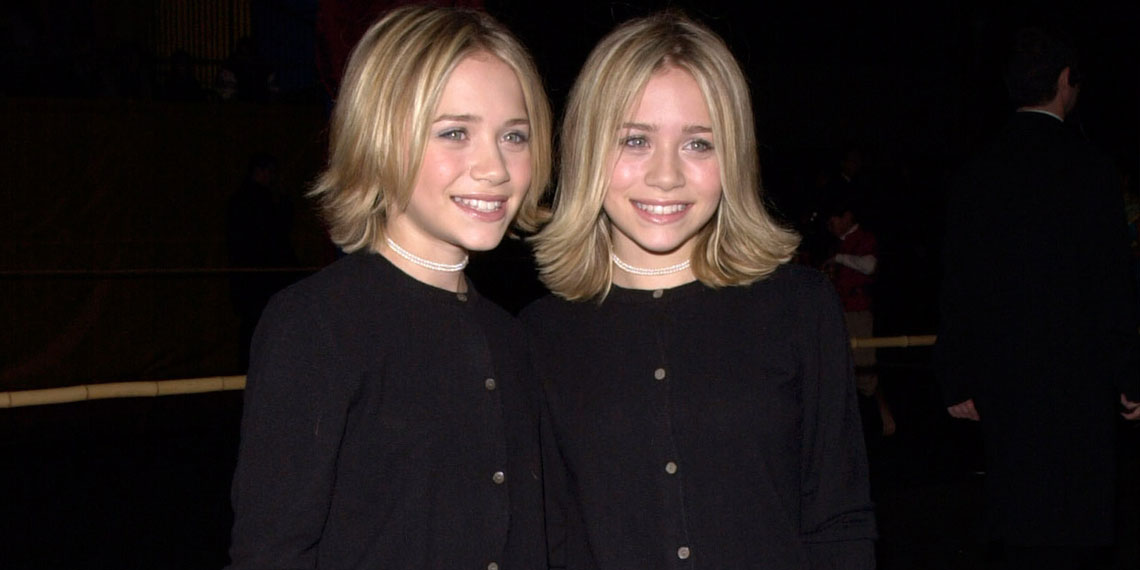 Which Mary-Kate And Ashley Movie Are You Based On Your Zodiac Sign?

Once upon a time, before they started marrying old French guys and wearing outrageously expensive, ornate rugs, the Olsen twins owned Hollywood. From the late 90’s to the mid 00’s, you couldn’t blink without another Olsen twin movie being released. Considering my name is Mary Kate, this offered me a certain amount of (entirely unearned) clout at every slumber party I attended in my adolescence.

The question I sought to answer today was not which Olsen movie is best, as doing so would result in a comment war that I, for one, am unprepared for. Instead we pursue the more important query: which one represents your zodiac sign? If you think about it, it was only a matter of time before these two cultural juggernauts intersected.

The stubborn nature in a Taurus means they’ll stop at nothing to accomplish something they’ve set their mind to. In Getting There, the Olsen twins come across every conceivable obstacle you could imagine while en route to the Olympics, and they just. won’t. quit. Like, that road trip stopped being fun about 20 minutes in, but you bet a true Taurus will see it through just to say they did!!

Happy Gemini season! As a reward, you get one of the Olsen classics, It Takes Two. This film represents the true duality in Gemini’s nature by bringing together two young Olsens who aren’t actually even twins! Separate, they’re effectively useless, but together, they’re able to set up their parents and save the day from an evil fiancé. It’s like Parent Trap, but without the extreme parental neglect as a major plot point.

Cancer – ‘Holiday in the Sun’

In Holiday in the Sun, the Olsen twins are pissed about the fact that they get to ride their dad’s private jet to a Caribbean resort for Spring Break, all because they’d rather be in Hawaii. To put it lightly, these young, dumb b*tches need some perspective, much like most Cancers I know. Don’t get me wrong, they’re lovely, caring people. But sometimes they need to be reminded that their lives are not quite as tragic as they make them out to be.

Leo – ‘Our Lips are Sealed’

Landing yourself in Witness Protection and then not even being able to keep your mouth shut about it is so entirely Leo that I spent the last 20 minutes trying to scour the internet for a birth date that might have been mentioned in this movie. Not only that, but then becoming Queen of the Australians, an outlandish and outrageous people, by beating them at their own game?? Find this movie in the dictionary next to Leo.

A Virgo is never caught off guard, and in the off chance they are they’ll do everything they can to come back from it. In Winning London, the Olsen twins arrive in London for a Model UN competition, only to find that their chosen country has been taken and proceed to spend the rest of the movie furiously preparing for a competition that they inevitably win. I think. Haven’t seen it in 15 years. Anyway, Virgos are lovable, competitive nerds, and they’d win model UN any day. Next.

First and foremost, I’ve never met a Libra who didn’t love witchy sh*t. They’re born with a predilection for wearing black and buying crystals, I swear. That, combined with their love of leveling the playing field, makes Double, Double, Toil and Trouble the ultimate Libra-Olsen mash-up. Libras can’t help fighting for the underdog, even if that underdog is a witch trapped in a mirror by her evil twin sister.

Putting your own father’s love life on blast by renting out a Billboard to find him a date is the most Scorpio sh*t I’ve ever heard of in my life. Dramatics? Check. Meddling? Check. A healthy dose of embarrassment, disguised as self-serving concern? Double check. Take a break from scheming this weekend, Scorpio, and watch the original masters do what they do best.

Sagittarius – ‘When in Rome’

In When in Rome, the Olsen twins land a fashion internship in Rome and then are immediately fired, at which point they spend the rest of the movie trying to prove their worth. They do so by having wild adventures, falling in love, and not really worrying about the internship at all, yet it all seems to work out anyway. This is peak Sagittarius, who always manages to pull their life together without ever really seeming to exert any effort towards the matter. Go to Rome. Throw some pizzas. Land the dream job. You got this.

Capricorn – ‘To Grandmother’s House We Go’

Capricorns are sensible, responsible creatures who own their sh*t. They are the only people I can think of who would exile themselves to their grandmother’s home because their mom needs a break. These two wily FIVE-YEAR-OLDS manage to make it to their destination, pre-GPS, nearly unharmed. Sounds like a sensible adventure to me.

Much like the Olsen twins in this wildly under-appreciated film, Aquarians will do whatever it takes to chase their dreams. Spontaneous trips to Manhattan, dodging criminals and truant officers, having to hang out with Jared Padalecki (f*ck you, Dean)—no price is too high to pay on the path to self-actualization. Plus, both sisters in this movie represent the two distinct identities in an Aquarian personality: the wildly reckless and the overbearing control freak.

Nothing says Pisces like scoring a last-minute trip to the most romantic city in the world and then falling in love immediately upon arrival. Melanie and Ashley settling for the first mediocre French boys to wander their way is indicative of the Pisces’ need for companionship, even if it’s means sacrificing their own standards. There’s also a fair amount of matchmaking involved between a rogue supermodel and the twins’ chaperone, which is a Pisces move if I’ve ever heard one.