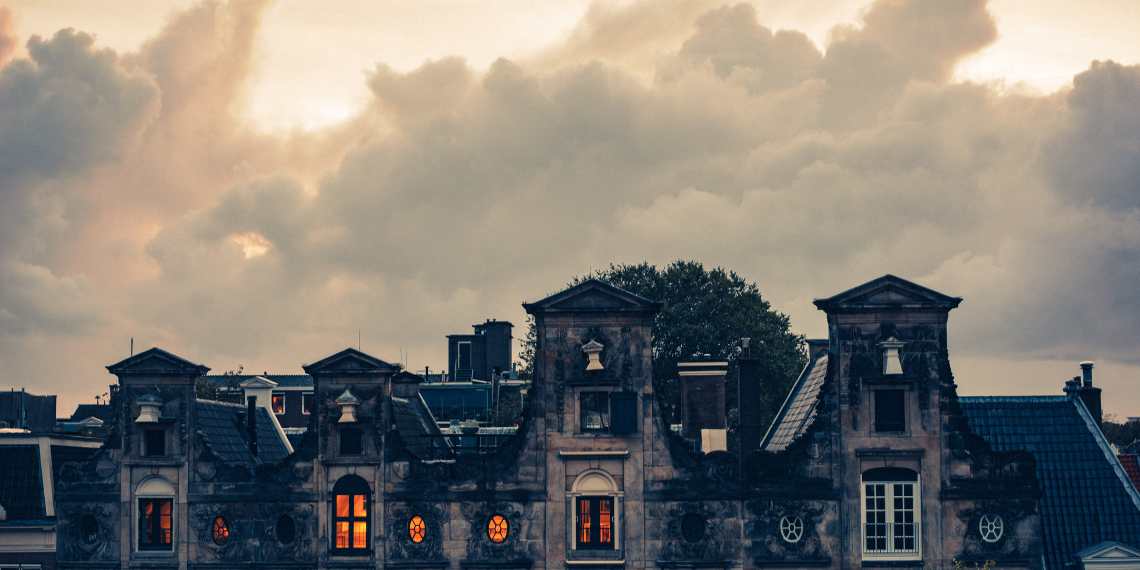 What Spooky Movies You Should Binge Based On Your Zodiac Sign

Well, I just looked up from doomscrolling Twitter, and apparently it’s fall now? WTF. March was yesterday, and also 10,000 years ago. I won’t lie—there’s a lot going on that’s interfering with my typical unparalleled enjoyment of *spooky season*. But, despite the odds, the seasons do continue to change, even as the world (and literally the entire West Coast) burns, and I’m going to enjoy it by injecting an extremely unnecessary amount of pumpkin into everything I put into my mouth for the next month. We’re all just finding joy where we can right now, okay?

Honestly, I have always loved this time of year. There’s really never been a better time to attach yourself to a couch and watch something that’s both terrifying and comfortingly fictional. Whether you’re obsessed with the gross and gory or you prefer a horrifying mind-trip, there’s plenty of content out there to satisfy or scare the hell out of you, depending on what you’re into. As an air sign, it is admittedly hard to focus my attention completely on one thing, so I tend to be drawn toward psychological and romantic thrillers as well as mysteries with enough twists and turns to keep my interest piqued. I also tend to have 78 projects going at once and a tendency to talk sh*t, but that’s neither here nor there. More to the point, I have a ton of obsessive TV-watching expertise, so whether your zodiac element is fire, earth, water, or air, I’ve got a recommendation for the best spooky season content for you.

Y’all are a logical, grounded bunch. You’re used to friends coming to you for advice, and you’re hands down the best at keeping a secret because you’re loyal as hell. You crave stability and structure, and a gaping plot hole makes you angry for days.

I suggest you watch Away on Netflix, a new sci-fi drama featuring Hilary Swank as an astronaut sent on the first ever expedition to Mars with her flight crew. It’ll give you a new sense of gratitude that your significant other is on the same planet as you. Another suggestion for you is post-apocalyptic thriller Bird Box on Netflix. If you didn’t see it already, it’s a great combo of gritty, physical drama with a twist that makes it more unique than your typical scary movie. Same with A Quiet Place on Hulu; it’s scary and silent, like the virus terrorizing us right now. Maybe too real?

Oldies like the classic psychological thriller Silence of the Lambs, streaming on Netflix, are also a solid choice because they’re scary but you probably know what happens—so you can revisit a fav without being so terrified that you curl up in a ball and are too afraid to get up to pee in the middle of the night. If you’re both brave and just dying for something new, try the horror crime drama series The Outsider on HBO Max. It’s based on a Stephen King novel that I found heart-stoppingly frightening because, well, duh, it’s Stephen King, but also compelling AF.

Air signs are all about communication. Above all, you need something entertaining, super intellectually stimulating, and that can satisfy your need to delve into the abstract while also being emotional and dramatic enough to keep your attention away from your phone. Not an easy feat.

Just released on Netflix, supernatural horror series The Haunting of Bly Manor is a must-watch for air signs. The limited series is based on the most terrifying book I’ve ever read in my life, The Turn of the Screw by Henry James, and it’s truly haunting because there’s never a clear conclusion to the horror. and there are multiple interpretations of which perspective is the truth. It’s sure to engage the part of an air sign brain that loves conceptual thinking and also enjoys bone-chilling terror on multiple psychological levels! You won’t fall asleep until it’s starting to get light outside, but you live for that kind of mental stimulation anyway.

Another good choice for supernatural horror is The Chilling Adventures of Sabrina on Netflix. Creepy but fascinating, and focused on female power, the whole “deciding between dark and light” dichotomy will appeal to air signs especially, who tend to see the world in shades of gray and believe there are three sides to every story. For the same reason, I also recommend the first season of crime-horror drama Evil, also streaming on Netflix. It’s a show with plotlines that leave plenty of room for opinionated debate, which is your favorite workout. I also recommend something truly frightening or with some twists, but that isn’t totally disgusting, since blood and gore can be a bit too in your face for an air sign. Horror-thriller movie The Invisible Man is new on HBO, starring the incomparable Elisabeth Moss.

Passionate, fiery, and driven: you guessed it; it’s the fire signs. Voted most likely to hog the microphone at the bar on karaoke night, this element’s signs are also prone to tantrums when they don’t get their way. No judgment. This group is full of charisma and charm, and this lineup will give you all the drama you’ve been craving since March.

You’re missing the high of being the center of attention in a crowd. Feeling the urge to go mingle with your neighbors? American Murder: The Family Next Door is a true crime documentary film streaming on Netflix that will fix that. Seriously, be careful when watching this if you’re afraid of losing whatever faith you still have left in humanity. Ratched, a new psychological thriller out on Netflix now, is disturbing enough to be entertaining without making you hide in a closet if you watch it alone. Plus, there are some steamy scenes between Sarah Paulson and Miranda aka Cynthia Nixon, and you can watch those with your vibrator because who TF is going to stop you? One of the main themes besides basic terror is also revenge, which speaks to you on a deep level as one of the more aggressive elements.

American Horror Story: Coven, season three of the American Horror Story series, is on Amazon Prime Video and Netflix. So, on your own time, go watch (or re-watch) arguably the show’s best season, which you’re sure to enjoy because it’s all about badass women who like to be in charge and men who ain’t sh*t. Lastly, an especially scary recommendation for one of the bravest elements is the reality series Haunted on Netflix. Real people telling their real-life stories about the horrifying and supernatural things they’ve experienced, reenacted for your entertainment. Watch at your own risk.

Sensitive, emotional, and naturally empathetic and nurturing, no one gives a better shoulder to cry on than a water sign. For your lineup in these stressful times, you need comfort first and foremost—and preferably some steamy romance you can watch from deep within your duvet. Water signs are also ideal scary movie-watching partners, because your borderline psychic tendencies mean you correctly pick out the twist about halfway through the movie without fail. What water signs need right now though are classics, the favorites, and honestly? I’m most jealous of this lineup.

To start, I recommend Hocus Pocus (Disney+), one of the best Halloween movies of all time—sure to transport you to a time when things were simpler and the biggest problem we faced was the debate on candy corn. Next up on the list are movies The Nightmare Before Christmas (Disney+), or Hotel Transylvania (playing at various times on Freeform or on Hulu with live access), both great animated indulgences if you literally just need to watch a spooky cartoon for a sec, or if you have kids and need them to leave you alone.

All five of the Twilight movies can be streamed on Hulu or Amazon Prime, for those of you who love a guilty pleasure cult-favorite. And, because we know how much you love sex and vampires, True Blood is also streaming on HBO Max, and there are plenty of scenes there to make you swoon into your glass of red wine as you bask in your “kidnapped by a fanged, shirtless angel of the undead” fantasy. If you need something new in your life, horror drama series Lovecraft Country is streaming on HBO Max and is shaping up to be a must-watch.

If you’ve got any other recommendations, please leave them in the comments. Otherwise, grab your sherpa blanket and bottle(s) of wine so you can binge to your heart’s content as you fill out your mail-in ballot! Spooky season has officially arrived.