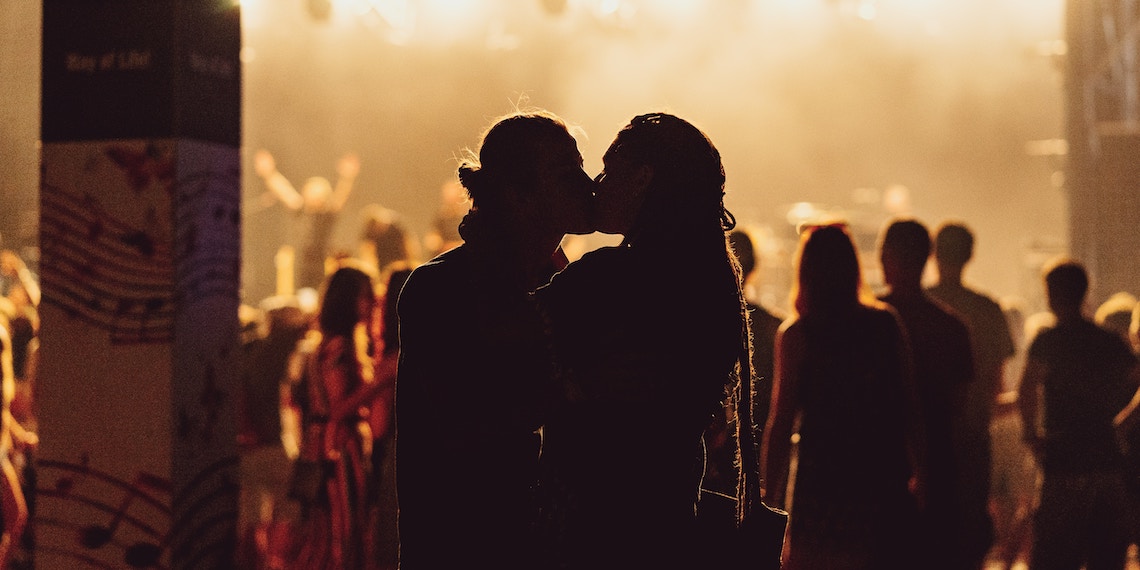 Just when I thought the Coachella 2019 coverage was really, truly over, leave it to herpes to come in and ruin everything. The internet was blowing up this morning after TMZ posted a report that this year’s festival was responsible for a major spike in people seeking treatment for herpes. At first glance, it’s a funny story, because Coachella is basically two weeks of people getting f*cked up and making poor decisions in the desert. It would make sense that a disease as common as herpes would thrive in this kind of environment, but this whole story is actually just nonsense.

The source of the report is HerpAlert, a website that offers “online treatment and diagnosis” for herpes. Basically, people send pictures of their junk, and then a professional reviews the pics and decides if you have herpes. Sounds legit! According to HerpAlert, they usually only handle about 12 cases a day, but during the first two days of Coachella, their numbers soared close to 250. Also, since the start of Coachella this year, they’ve had over 1,100 cases in Palm Springs and the surrounding areas, including LA and San Diego.

While these numbers are definitely enough to get anyone’s attention, they’re pretty misleading when it comes to what herpes is actually like. Honestly, I know this stuff from my 9th grade health class, but we got some info from Dr. Robert Huizenga just to be sure. Dr. Huizenga is a physician, sexual health expert, and the author of Sex, Lies, & STDs. Basically, he knows what’s up when it comes to herpes.

First of all, the most important thing to note is that the initial spike in HerpAlert patients occurred during the first two days of the festival, which does not add up with the timeline of the onset of herpes. Dr. H says that it takes herpes symptoms three to seven days after contact to appear. Given that Coachella is a three-day festival and many of these “cases” were submitted only during day two, that is not enough time to have contracted the herpes virus while at Coachella, no matter how many people you hooked up with on the camp grounds. It just does not compute.

Second of all, and more importantly, Dr. H notes that you can’t diagnose herpes with a blood test until 14 to 30 days after contact. Sores or rashes can show up before that, and could in theory be diagnosed with this picture-sending app, but it’s not as reliable as getting an actual blood test done. Seeing as it has barely been 14 days since weekend one of Coachella, it’s very unlikely that over a thousand people all contracted herpes at the festival. If anything, this whole “Coachella herpes outbreak” story is probably just proof that people are misinformed about sexual health (or wore too much glitter near their junk and are paranoid), rather than any indicator that there’s a major herpes outbreak in Indio.

Coachella Tip: The chick with the glitter eyeshadow wearing a bikini top and feathers is totally down to hook up/give you herpes.

Of course, everyone should go get tested regularly, whether or not they’ve been having sex in the desert, and use protection. Maybe next year Coachella should send out STI informational brochures along with the wristbands. And after you get tested, take a moment to send prayers to the poor doctor who had to review all the pictures of dirty junk that influencers were sending during Coachella. Yikes.