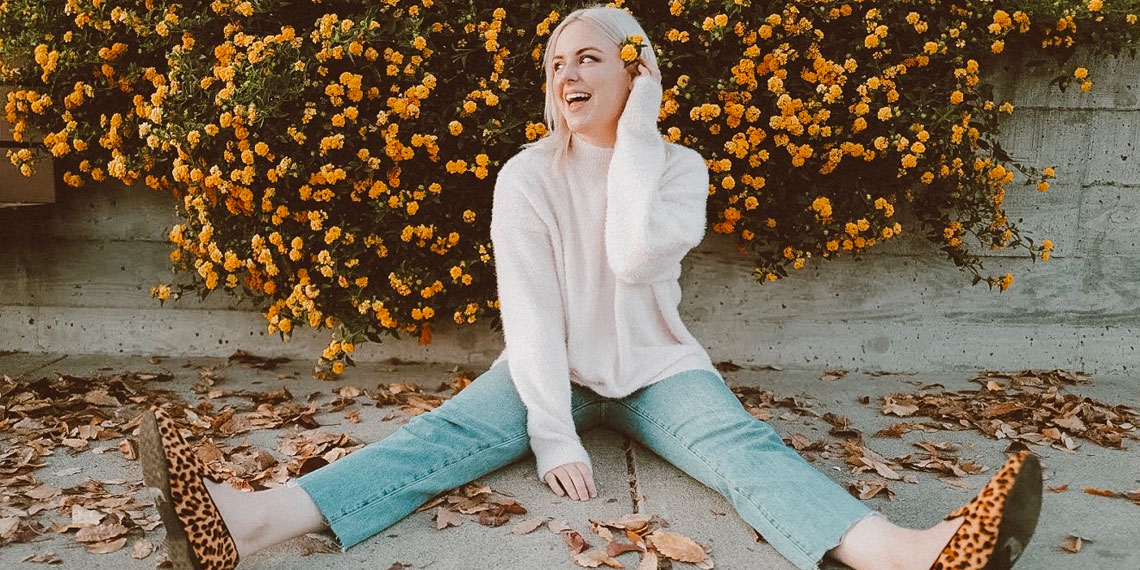 Trying To Become An Instagram Influencer Ruined My Life

They pose seductively in perfectly styled bedrooms or smile wide with the backdrop of an exotic location behind them. You see them wearing the newest trends or showcasing the latest beauty products.

The photos that pepper the Instagram profiles of Instagram influencers—or those trying to become “Insta-famous”—tell a story of glamour, excitement, and access. The sales strategy works so well that influencers can turn promoting these brands to their followers into a full-time job.

But, as Betches discovered during a series of interviews with women who were trying to make a living being Instagram-famous, there’s another side to this new business model. Many who are trying to grow their following to make a living are finding that the more popular their Instagram profile becomes, the more stressful, isolating, and mentally toxic their real lives get.

“It’s so easy to become obsessed with the persona you are creating (on Instagram),” said Isabelle Dungan (@izabizabelle), a media personality and creative consultant who was tasked with becoming an Instagram influencer for a digital travel series.

“Getting to a lot of followers”—which generally means over 5K for smaller influencers and 500K+ for bigger contract deals—“is a full-time job,” says Dungan, who was tasked with growing her employer’s Instagram account to 10K or more. “It’s very easy to get totally sucked in.”

It’s not only easy to get sucked in, it’s nearly impossible not to. By its very design, Instagram is addictive. There is evidence that getting a like on Instagram can trigger the same kind of chemical reaction in the brain as gambling and drugs. (So the next time your mom accuses you of being addicted to social media, she might have a point.) Dr. Harshal Kirane, Medical Director at Wellbridge Addiction Treatment and Research, explains, “The same pathways that enable us to connect with healthy behaviors (such as bonding with others) are the same pathways that can get co-opted and activated to seek out really unhealthy habits. Instagram intentionally designed a number of algorithms to ensure the mechanism of receiving likes is activating that underlying pathway.”

Megan Gentry (@meganngentry), a photographer and brand influencer, said she experienced a major mental shift when Instagram became taking over her life. “Being an influencer took up a lot more time than I expected,” she said. “I knew that if I spent more time on a post I would get more likes on it and more engagement. So I started scheduling my day—my friend time, my family time—around posting. Getting the perfect shot, editing it, and making everything flawless became my whole life.”

The investment in curating her feed to such an extreme paid off, and she began gaining more followers, accruing more likes on her posts, and getting more lucrative offers from brands to showcase their products. But the larger her audience grew, the more problems she started facing in her life offline. She moved from Napa, California to New York City, where someone at one of the brands she worked with taught her how to use Photoshop to make herself appear thinner in photos. “Before I started using Instagram I already struggled with depression and anxiety,” Gentry said, adding that after she learned Photoshop, she noticed she started getting more followers. “I developed a really bad eating disorder in that time frame. All for a photo. I wanted to look in real life how I looked in the Photoshop version. I sort of let go of everything else I cared about, so I could get perfect photos, get paid more, and work with more brands.”

And then there are the comments, PMs, and harassment that goes along with being famous on the Internet.

“About two years ago, when I hit 10K followers, I started getting a lot of messages,” said Gentry. “It was really exciting but it also got easier (for strangers) to bash me. It became dehumanizing in a way.”

Initially, Instagram was a positive outlet for her. “When I was posting my photography and having fun with the account, it was great. But when I got a larger following, my anxiety got like 10 times worse. I was worried about posting every day because I wanted my following to grow but then I got additional anxiety about the hate comments.”

Gentry also noticed a change in her boyfriend of three years. “He was sleeping on the couch, playing video games, and barely talking to me when we were together. But when I was out in public he would be like ‘this is my girlfriend, she’s a beautiful Instagram influencer.’ He started using me to grow his following and would get jealous of me.” Eventually, they broke up.

Dungan echoes how the intense focus on growing Instagram followers can take a toll. “I lost a lot of money buying outfits and makeup and facial products,” she explains of the personal investment she made to grow the travel company’s Instagram account, which focused mainly on her as the host of their digital show. Dungan describes spending thousands of dollars on travel as well as facial products, blowouts, makeup and clothes to look the part. “I always wanted to put my best foot forward. It was a lot of pressure and I really didn’t feel supported on any level.”

But she thought it was an investment worth making. “They sold me a story that I would get a lot of brands to sponsor me. It never happened.” While she admits she was investing in herself as a brand as well, “I was doing this with the hopes that I would see a lot of return on that. And six months later I am heavily in debt and the company conveniently pulled the plug on the project as soon as I broke up with my boyfriend (a co-founder of the production company) before we even got into post-production. The men running the company treated me as completely disposable.”

The issues facing Instagram influencers are so widespread that mental health advocate Larissa May created the organization Half the Story (#halfthestory) with the intent of helping people find healthy relationships with social media.

“People that are spending more than three hours a day on social media are more likely to experience symptoms of social isolation, depression, and anxiety. And brand influencers are virtually spending their full days on their phone, it’s a full-time job,” said May.

She notes that even when followers know that influencers’ profiles don’t show the full truth, people still compare themselves. “With media and magazines, for the past 50 years, we have been comparing ourselves to the people on the billboard,” she says. “Now that billboard is in your hand at all times, you yourself are on that billboard every day of your life, and everyone is constantly comparing themselves. These comparison tactics and thoughts are part of humanity, yes. But social media places a huge magnifier on that construct.”

For both Gentry and Dungan, getting to a healthy headspace took time—and distance from the platform. Gentry said a three-week hiatus gave her the space she needed to mentally reset, and she was able to re-engage with Instagram with stronger boundaries in place. She reveals that when she returned to using Instagram, she unfollowed “all the pages that made me unhappy or made me feel bad about my image and that helped a lot.” Still, Gentry admits, it’s a challenge to scrub her account of everything that sparks the impulse to compare. “To this day, I have a hard time following certain influencers, even though I love them, because I know that it’s triggering for me.”

Like May, Dungan wants her experience to help shield other young potential influencers from the pitfalls of trying to be Insta-famous. While she is still posting to her personal account, she has taken some time away from being the face of a brand and is engaging with the platform in a more empowering way. “You have to be really passionate about what you’re creating, and be sure it’s creating value for society and your life, otherwise don’t do it,” says Dungan. “Especially for young women. I want them to know that they have a choice and can make their own decisions.”

Corynne Cirilli is a Brooklyn-based writer and editor. Her work has appeared in Town & Country, The New York Post, New York Magazine, and Architectural Digest.