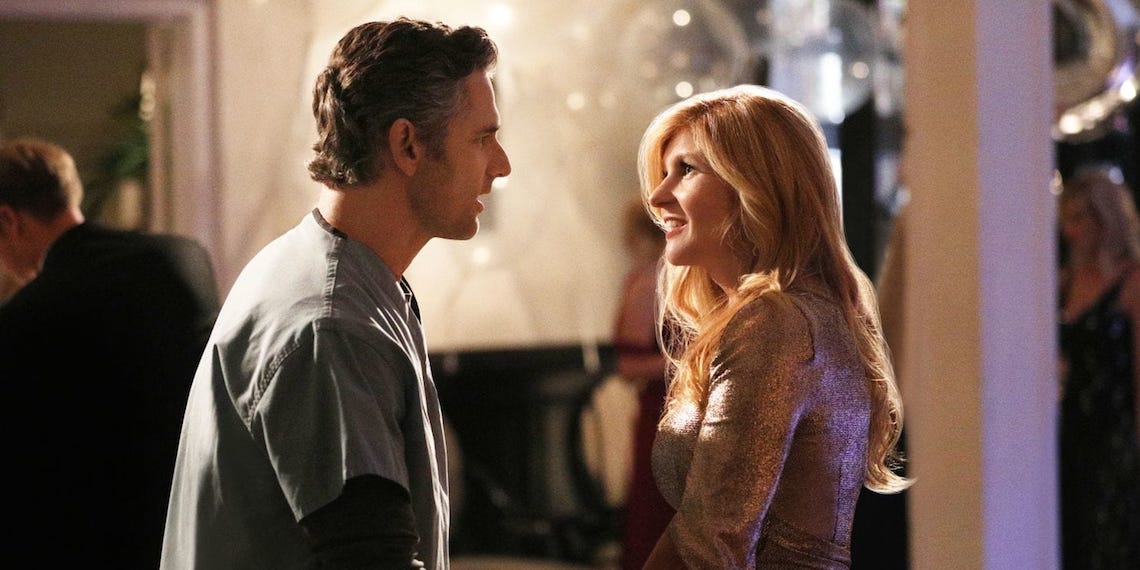 This New True Crime Podcast Is The Next ‘Dirty John’

If you’ve listened to Dirty John or Dr. Death, then you have an idea of what Wondery’s podcasts offer. They’re grisly, salacious looks into crimes you never knew existed, and honestly my morning commute has never been better. This week, Wondery dropped their newest podcast: Over My Dead Body. It tells the story of Dan and Wendi, “two good-looking attorneys” with “a bad breakup, a worse divorce, and a murder case involving a menagerie of high-priced lawyers and unexpected co-conspirators.” So basically, the details of how a power couple fell apart, plus a murder twist. That’s literally all of my favorite things.

This is the height of luxury! @kayyorkcity

So, what’s the crime being investigated here? If you’re the kind of person who hates having an appropriate amount of context spoilers, then I’d recommend you stop reading here.

Do I google the story @WonderyMedia did for #overmydeadbody podcast or keep guessing who’s responsible? I’ve changed my mind 5 times! #truecrime pic.twitter.com/wS6410j6sX

Still with me? Good. In 2014, Dan Markel (the husband) was found dead in his Tallahassee home: shot in the head. According to Refinery29, Wendi Adelson’s (the wife’s) family was “immediately suspected of hiring someone to complete the crime.” To be fair, if I had a bad divorce from someone I would want my family to at least OFFER to send a hitman. (JK! My family’s not rich enough to pull that off.) The podcast starts with the story of Dan and Wendy’s relationship (and subsequent divorce), then goes into the details of Dan’s death and the investigation that followed.

Given how the trial in this case concludes, the story becomes less about their relationship, and more about the dynamics of race and privilege involved in the trial. Despite the Adelson family being immediate suspects, and further connections being found between the family and the suspected hitman, no family members were ultimately charged with any crimes. Instead, only people of color were arrested in connection to the crime. Given that the Adelsons are a wealthy, white family, Over My Dead Body explores how the family’s privilege may have played a role in who was ultimately charged for this crime. I mean, yeah, if it’s between wealthy Floridians staging a hit on their ex-son-in-law and a random break-in, I am 100% going with the former. People from Florida are, as a rule, insane. In-laws are also generally insane. It just adds up.

I listened to the first episode this morning, and what struck me most (other than how f*cking addictive it was) was how easy it was to forget that the story led up to a murder. Episode one starts with Dan’s upbringing, then how he met Wendi, and what their wedding was like. They also interview friends who knew them as a couple. It tells you, from Dan’s perspective, about the divorce. And as much as I love hearing the gory details of a murder, I have to say I find autopsies of relationships equally interesting—and this one sounds like a real mess. Also, and this may just be because I’m a messy b*tch, I live for seeing any two people who are described as “the perfect couple” be torn down. Especially when they try really hard to convince people they are, in fact, a perfect couple.

If you binge the first few episodes of ‘Over My Dead Body’ (can’t blame you) and are hungry for more true crime content, here’s a list of other relationships with famously violent ends. Enjoy.

I mentioned ‘Dirty John’ earlier, but if you’re not lucky enough to have listened yet, then here’s what you’re missing. ‘Dirty John’ is the story of Debra Newell, a wealthy, middle-aged interior designer, and John Meehan, the criminal and con man who seduces her. In classic Wondery fashion, the story starts with the dynamics of the relationship: the intense emotions, the broken trust, what it looked like from the outside. But as tensions build, the focus shifts from how to spot and catch a con man—and more to how you survive him. (If you’re more of a visual learner, there’s now a Bravo series on this too.)

Lorena Bobbitt famously became known as the woman who cut off her husband’s penis. While this crime was thrown around as a zany joke for most of the ‘90s, details of the crime—and the relationship leading up to it—are far from funny. I’ll let you discover the rest on your own (preferably by watching Jordan Peele’s new Amazon series about it), but suffice it to say that women don’t typically go around cutting off genitalia without due cause.

On May 8, 2013, Jodi Arias was convicted of first-degree murder for the death of ex-boyfriend Travis Alexander. Alexander and Arias met in 2006, and began a long-distance relationship in 2007. Over their 18-month, off-and-on relationship, Arias moved twice to be closer to Alexander. Meanwhile, Alexander’s friends consistently disliked Arias and felt her behavior was “worrying.” Naturally, when these same friends found Alexander covered in stab wounds with a gunshot to the head, they pointed the police in Arias’ direction. Arias pled “not guilty” to initial charges, but claimed she committed the murder was self-defense two years later, and alleged that she was a victim of domestic violence. While the Jodi Arias story doesn’t have a TV show (so sad), there is a Lifetime movie that I am very excited to watch.

Basically, if you like hearing people talk sh*t about other peoples’ relationships along with your regular dose of true crime, any one of these stories will be right up your alley. Do yourself a favor and start Over My Dead Body today, then drop your number in the comments so I can text you all my insane theories as I come up with them. Thanks!