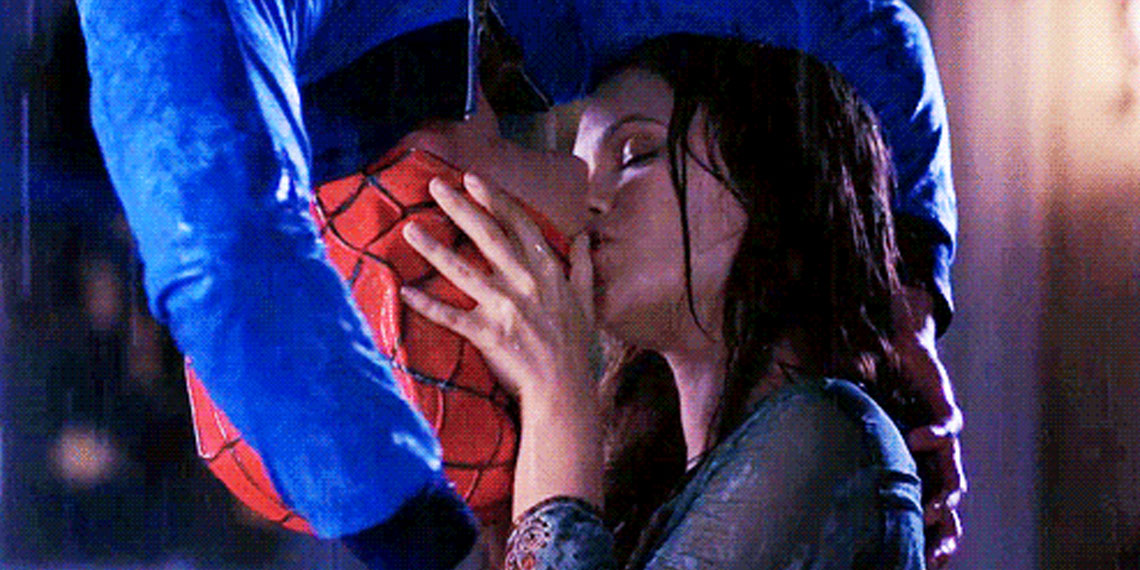 Every betch has a fantasy of getting a boyfriend recreating a scene from their favorite romantic movie. For me, it is when Billy Crystal reads out a list of things he loves about Meg Ryan in When Harry Met Sally. Maybe it’s because I’m self-absorbed and narcissistic, but who cares? You can take your judgmental attitude and fuck off. So, after finally getting an experimental guinea pig a boyfriend of my own, I thought, what better use of our time than to recreate the most romantic scenes from my our favorite movies? I actually did act out these romantic comedy scenes, and here’s how much I was judged.

The Song In ‘The Wedding Singer’

What is a more romantic way to express your love for someone than sing a tone-deaf song? My boyfriend decided to change the lyrics of Sandler’s song in The Wedding Singer to confess his love for me in a ~slightly~ unconventional way. My favorite line has to be “thank you for touching my butt and letting me grab your stuff.” I think that pretty much sums up our relationship. I have included an original copy of his masterpiece if anyone is interested in signing him for a record deal. Just DM me.

The verdict: Should you try this? Hell yeah! You’ll either get a romantic song that confirms the fact that your partner recognizes the goddess you are, or you’ll get a good laugh.

‘The Notebook’ Makeout In The Rain

I have to say, this one was a little intimidating. Not only because Ryan Gosling and Rachel McAdams are two gorgeous humans and this is considered to be one of the most iconic kisses in movie history (winning the MTV Best Kiss award in 2005), but because I get cold pretty easily and I find being lifted by my boyfriend in any sort of way ends up being far more complicated and tiresome than it needs to be. Am I the only one who can only think about that extra burrito and ice cream I had the day before while being lifted by a guy instead of the kiss? Nevertheless, we waited until a storm came and outside we went. Other than the fact that it was totally planned, removing any possible romantic element to it, it was kinda cute … until we started to shiver and pneumonia became a serious threat. Although the outside makeout was less than ideal, it did require some warming up after (if you know what I mean) which I am definitely not complaining about.

The verdict: All in all, I’m down for a spontaneous kiss in the rain, but the overwhelming planning (and re-planning due to the inaccuracies in the weather network, ugh) ruined the fun for us. Besides, my roommates definitely did not appreciate that the Atlantic Ocean claimed temporary residence in our front hallway. So I’d say, pass on this one and leave it to the hot celebs in the movies.

So this one was our own artistic twist on Danny and Sandy’s awkward drive-in experience, which left poor Danny stranded. Instead, we drove to the middle of nowhere to watch Ocean’s 8 (which we could have easily seen at the regular theater 10 minutes from my house, but whatevs) and actually had a great time. My boyfriend even tried to pull a Danny and not so subtly put his arm around me to grab my boob (which resulted in some giggles from moi and shushes from the car next to us). Needless to say, he was definitely more successful than Danny was and most other couples in the outdoor theater.

The verdict: Pro betch tip: bring some pillows and blankets to put in the trunk of your car the next time you go, since what people can’t see happening under the covers won’t hurt them. But remember that every sound you make will be heard, so if you can’t do it silently, then don’t do it at all.

The ‘Lady and the Tramp’ Spaghetti Kiss

I know, I know. How can an animated movie of two dogs be remotely romantic enough for me to want to recreate it? And to that I say, can you ever go wrong with spaghetti? I thought not. This one was super simple. We ended up making dinner together to add to the romance and then enjoyed a few noodles Lady and the Tramp style (if you have been living under a rock, or were born after VHS was no longer in use, shame). All in all, we got a few laughs out of it, but I think we’ll eat our pasta solo from now on.

The verdict: If you are thinking of trying this one out, I’d say go for it—but in the privacy of your own home. No one needs to gag on their dinner while watching you attempt to deep throat your noodles and your boyfriend’s tongue.

Definitely the hardest one on the list to maneuver. Initially I thought that monkey bars in a playground would be ideal for him to hang off of while I stood below him and kissed him, but then I didn’t want to risk being put on the sex offender registry, so I vetoed that one real quick. Since we were at my cottage for the weekend, we decided on him lying at the end of the dock with his head dangling off the side Long Duk Dong style from Sixteen Candles, while I stood in the water (lucky me!). Again, the extensive planning of this one, and the hysterical laughter from my family watching from 10 feet away, completely killed any possible romantic element to it. Also, I may or may not have missed his lips and gone for his nose accidentally.

The verdict: People are not meant to make out upside down. That’s all I’m gonna say.

All in all, we had a few good laughs and he was forced to spend more time with me. I say it was a win-win for me the both of us.