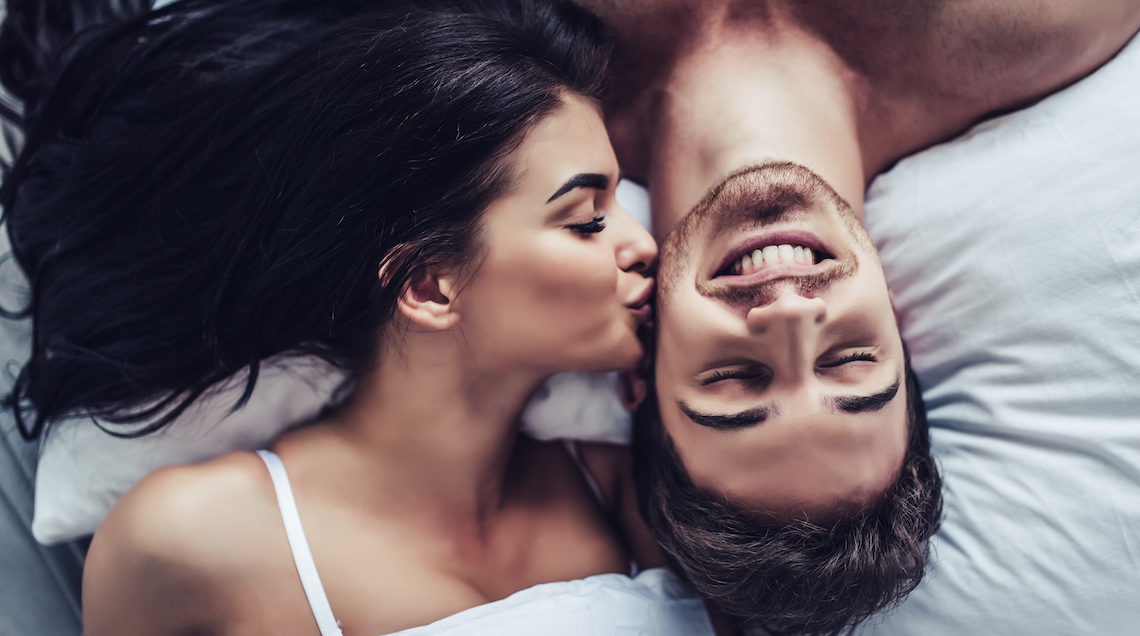 Look guys, I don’t know what the f*ck is wrong with the writers at Cosmo. Are they on drugs? Have they never met people before? Are they all just f*cking with us for the fun of it? It’s hard to tell when they continue to give the worst advice ever. Their sex tips could get you arrested, make someone infertile, or at the very least, convince a guy you’re batshit crazy. But I guess they’re just super bored over there, because Cosmo does not know where to stop. In addition to wild sex tips, they also offer super solid relationship advice. Turn off Dr. Phil, here are the relationship tips you never knew you needed:

If He Thinks You’re Bad With Money, It Means He’s Going To Propose

Or he’s pissed that you’re spending rent money on dumb shit and he has to pick up the slack? If he’s complaining that you’re bad with money, he def does not want to marry you. He’s probably thinking the exact opposite, like “Oh shit, if we’re married then it’s ‘our money’, and I will be f*cked.”

Don’t Tell Him If You Cheat

“Your mother may have told you that honesty is the best policy, but in this case, many experts advise keeping your mouth shut. ‘If it really was just one indiscretion, don’t tell him,’ says psychologist Marcella Bakur Weiner, PhD, author of Cheaters. ‘Although it might make you feel better, it will only hurt him and ruin the trust between you.'”

Ah, yes. The foundation of any healthy relationship, hiding your infidelity. You’re accusing him of cheating for changing his socks every day, but def don’t tell him that you actually cheated. Who needs therapy when Cosmo is there for you? Who is this f*cking expert and where did you get your PhD? The hurting him and the ruining of trust came from your f*cking someone else, not the telling part of it. And my degree is in animation.  Congrats on your fairytale marriage!

Be An Asshole And Then Bribe Him

“Cut him in line at Starbucks like an a**hole but then pay for his latte like an angel. This way he knows you’re both assertive and rich. First he’ll be like, ‘I cannot believe this woman just cut me in line, I’m going to be so late!’ but then he’ll be like, ‘Wow she was actually doing a kind gesture, we should date and maybe get married.'”

Oh, where to begin with this one? First of all, I really like that being able to afford a prob $5 latte shows men that you are rich. Also, cutting someone in line in LA is a really good way to get stabbed because we don’t f*ck around here, especially pre-coffee. But like maybe after he stabs you, he’ll want to get married? Also, why is buying someone a latte (against their will, I might add) grounds for marriage? Cosmo, your standards suck.

Pretend You Know How To Read

“Ask him what book he’s reading and then say, ‘That one’s good, but her other work is much better,’ no matter what book it is.”

In the same advice article, Cosmo also wants you to look like a complete f*cking idiot. I’m not convinced any of these morons know how to read anything more complex than Cosmo. One Redditor was hoping the guy was reading Mein Kampf, which would be absolutely f*cking hilarious. It is so obnoxious when you can tell someone is lying about liking something to look cool and makes you look way dumber than just saying you haven’t read it and asking what it’s about. This is just like when I met my work crush’s girlfriend and I described my writing style by listing an author I drew inspiration from, and she told me he was her favorite author and then she couldn’t talk about it at all. It was soooo embarassing and also I loved it. Then she brought her vape out and asked me if I had cocaine. Needless to say, they broke up and I no longer was interested because I am not following up that trash person. Don’t f*cking do this.

So yeah, take any dating advice you read with a huge grain of salt. Otherwise, you might end up stabbed in a coffee shop or something. I love Cosmo as much as the next person, but this stuff is literally insane.