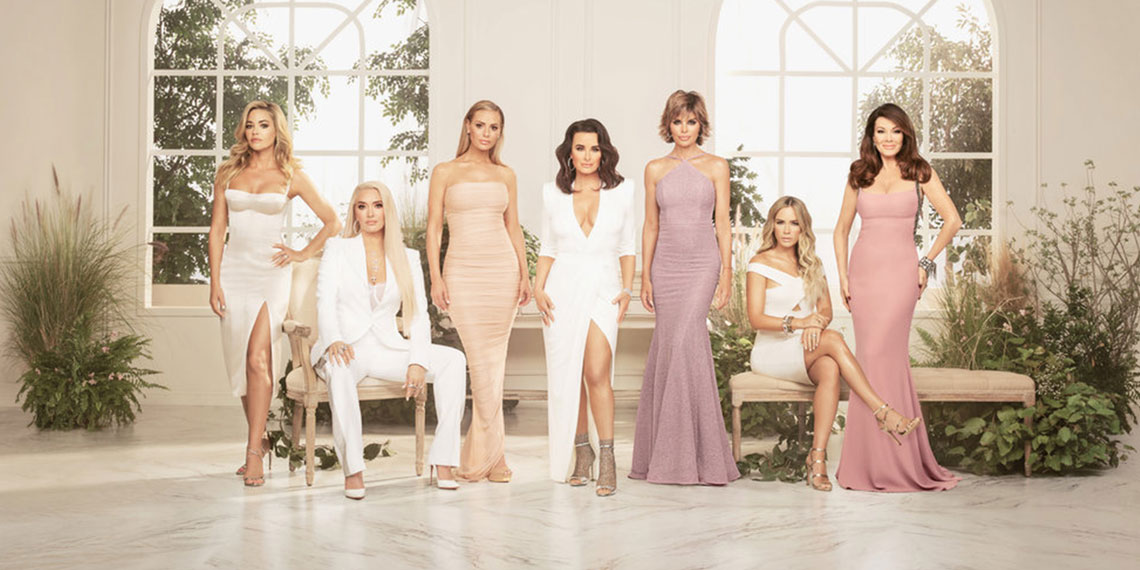 The Worst Real Housewives Taglines Of All Time

Everyone knows the best part of a new season of Real Housewives is hearing all of their ridiculous taglines. Some of them are actually really good, (ahem, all of Lisa Vanderpump’s) but most of them are cringeworthy, the same sort of thing over and over, or straight-up embarrassing. Like, how many of them say something along the lines of “I live in this city, it is my city” (I mean, no sh*t) or, “I have a family that is important”? However, the bland ones cancel each other out, and I went on a mission to find some of the worst taglines of all time. Please add ones you despise in the comments. There were so many good/bad ones that it was tough to choose!

What the actual f*ck is this? It means literally nothing. I think she’s supposed to be referencing this World War II speech from Winston Churchill, saying Russia’s actions are “a riddle wrapped in mystery inside an enigma”. First of all, that is wordy, but it at least makes sense. But for a Housewives tagline, this is a weird thing to draw inspo from, to put it mildly. I will give Erika this: she is definitely an enigma. But in more of a what-drugs-is-this-woman-taking way. (Honestly, the same could be said of many of the Housewives.)

Oh my God, does Orange County have some of the worst Housewives taglines, especially from Season 1! I almost did Kimberly Bryant’s, where she says “85% of women in OC have breast implants”, but I’m from there, and that is unfortunately true. I call it the OC Special to get the same boobs and nose as everyone else, because they all go to the same three surgeons, so it’s like attack of the clones. It’s a creepy place. Anyway, speaking of creepy, I went with Jo’s, because this tagline is so creepy, with or without context. Considering Slimeball Slade was holding Jo hostage during their relationship, all I can think is, he’s keeping you where, his basement? Thankfully, Jo peaced the f*ck out of that one, and in a fun karmic twist, Slade is now broke and is Gretchen Rossi’s bitch.

Okay, so this is supposed to be a pun because her clothing store is named Envy. But like, Mel, do you know the meaning of the word envy? That’s just… not how it works. You cannot envy yourself. The fact that I even have to explain this to you tells me that you did not have a clear grasp on the definition of this word when you decided to dedicate your professional life to it. I find this VERY ANNOYING.

Oh, Jesus Jugs herself. All of her taglines were creepy, but this one is the worst by far. Like, first of all, your body is plastic. Also, your “king” was a creep who left you. Also, it is soooooooooooooo creepy to use God and a sexual innuendo in the same breath. Please stop. I also really hate super religious people who are like, “God can do no wrong, but let me cut up my whole body and fill it with silicone bags because it wasn’t good enough.” (Again, I bring you Orange County.)

This one is just f*cking yikes all around. Has Joyce heard of eating disorders? It doesn’t help that I already hated, *HATED* her, but how asinine can you be? Especially in LA, where people are always trying to get thinner in unhealthy ways (disorders, surgery, drugs), like maybe have a teeny bit of social awareness? I feel like the producers would definitely not let this one slide in 2019. Also, “you can never be too young”? Like yes, you can, just ask R. Kelly.

Why are so many of the worst Housewives taglines from season 6? It’s just a dark time if you make that far in a show, I guess? (CC: Vanderpump Rules.) This is actually what I would consider THE WORST TAGLINE OF ALL TIME. I mean, wow, what a time for feminism with this moron walking around. Even more concerning, she has a daughter. I could not believe when I heard this. Especially because Kristen says it in like a whiny, weird way. Like, “but I’m PREEEEEEEETTTTYYYY”, like she’s talking to a small child who has had part of their brain removed. Or maybe like she is the small child with part of her brain removed. But she’s preeeeeeettttty.