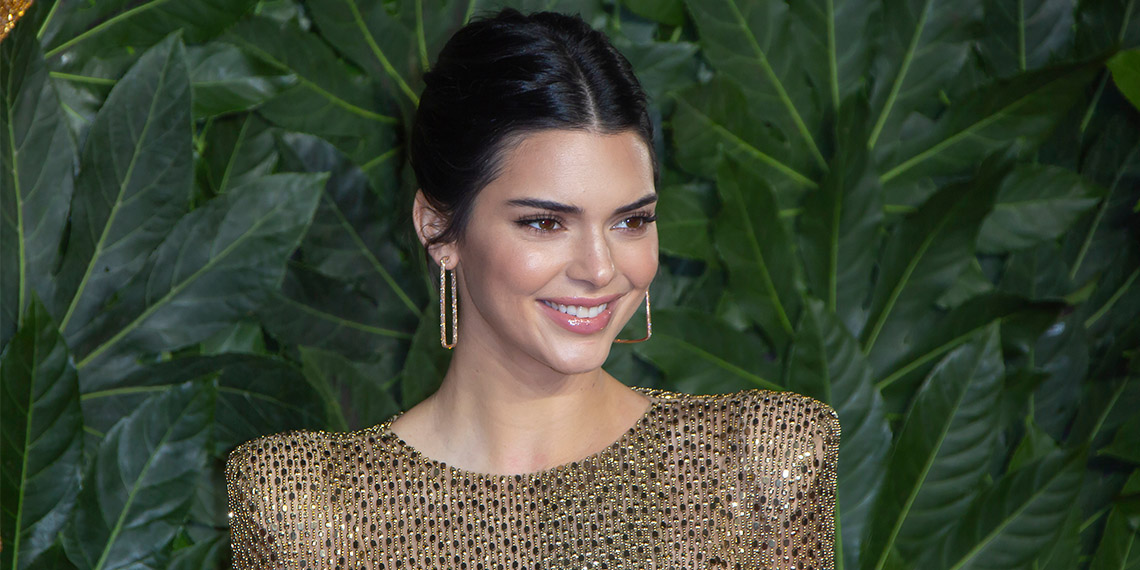 These days, any mindless activity that takes up an hour of free time is a welcome distraction, and I’ve found myself spending more time on YouTube than ever before. Whether I’m getting way too invested in beauty guru drama or living vicariously through vloggers in countries that have actually opened back up, there’s plenty of content. But more than anything, I can’t recommend the Architectural Digest YouTube channel highly enough. Their celebrity “Open Door” series never disappoints, and while the houses are gorgeous, most of them are also hilariously over-the-top. Case in point: today’s new video featuring Kendall Jenner.

Compared to most of the people in her family, Kendall’s house actually seems pretty normal—it’s a far cry from the cement monastery where Kim and Kanye live—but it’s not like, actually normal. She still has a whole-ass painting room, two closets, and a kitchen that I would actually saw my arm off for. But here are some of the more… interesting… details of Kendall Jenner’s home.

The first thing you see when you walk into the house is Kendall’s James Turrell. Turrell is an artist known for his light installations, and his pieces can easily run into the six-figure price range. Kendall says that he makes these pieces to meditate in front of, but I have my doubts that Kendall is really spending much time meditating in her foyer. The piece is called “Scorpius,” and Kendall is a Scorpio. Groundbreaking.

Right off the living room, Kendall has a “really nice, kind of dark, moody powder room,” which is dominated by this 300-pound stone sink. Kendall says that in the whole year she spent renovating the house, this sink was the hardest thing to install, because it was so heavy that they had to reinforce the wall. And I gotta ask… was it worth it? This looks like something they used to baptize people like, 1,000 years ago, and my editor also pointed out that it bears a resemblance to a block of feta cheese.

Behold, Kendall’s dining room furniture. Now, I’m sure every single thing in this photo cost more than I make in a month, but again… was it worth it? I get the aesthetic idea of having mismatched chairs, but most of these are actually just the chairs I see on the side of the street that people can pick up for free. (Should I have grabbed them?) And there’s absolutely no way those middle school classroom chairs are comfortable, right?

Of course, every member of the Kar-Jenner family must have a fully equipped glam room, and Kendall converted one of her bedrooms into a full-time glam spot. Her glam room is complete with its own door to the outside, so her glam team doesn’t have to walk through the rest of the house. God forbid they dirty the carpet with their non-designer shoes! She also has a full wall of all her framed magazine covers, which is an idea she says she stole from Kim. Sounds about right.

Kendall is such an art collector, and this neon piece by Tracy Emin is about… a guy’s d*ck. Kendall says that she’s pretty sure the numbers are the, uh, measurements of Emin’s ex, and that she’s saying his new woman is happy because it’s big. Not sure this is something I’d want in the sitting room outside my master bedroom (as if I have a sitting room outside my master bedroom), but ok! By the way, Kendall also says she loves to meditate in this room.

In front of her bed, Kendall has lots of books arranged inside copper energy rings. She says she’s “not exactly sure what they’re good for,” but someone told her to get them. Lol. Honestly, relatable, that’s my same rationale for reading my horoscope every week.

Kendall says she gets a ton of use out of her brass tub, which probably cost like, a million dollars or something. The tub looks like something that belongs in Donald Trump’s penthouse, and I’m a little surprised that Kendall went for something so ostentatious. But the thing that is really sending me over the edge about this whole setup is that she has a damn Persian rug in the middle of the bathroom. Imagine stepping out of a tub full of water, and putting your actual wet feet onto this rug. EW!

Let’s be honest, I would gladly take Kendall’s wacky details over my lame apartment any day, and I like her place more than any of the other Kardashian houses. But maybe without the feta cheese sink—that might be a deal breaker for me. Thank god Architectural Digest shoots these videos like six months in advance, because they’re they only thing keeping me sane in 2020.

Check out the whole tour below and let me know what other weird sh*t I missed.