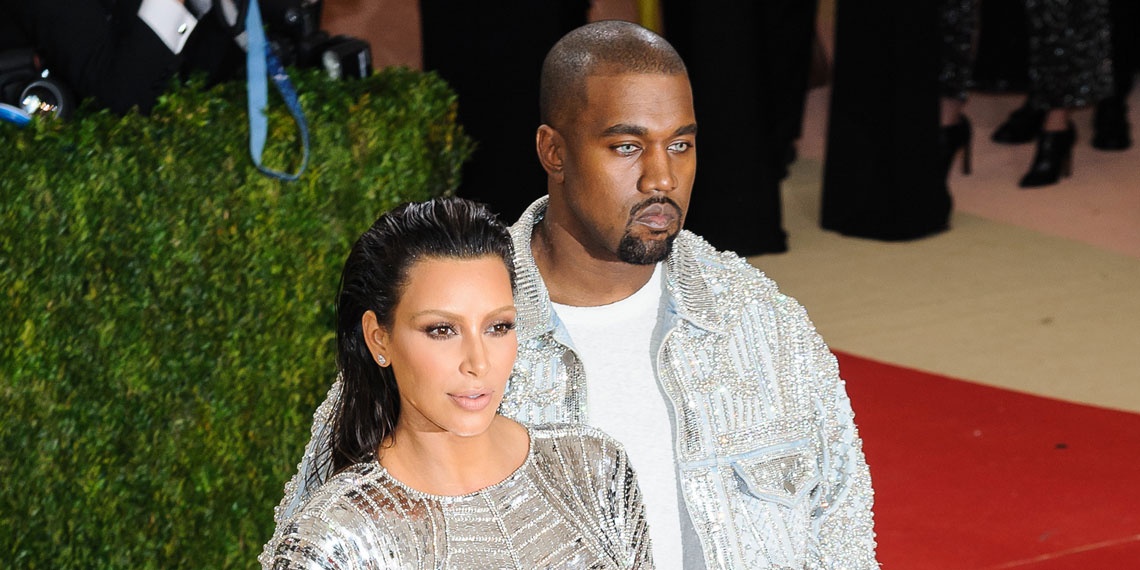 “Step Inside Kim Kardashian West and Kanye West’s Boundary-Defying Home” is Architectural Digest’s latest headline, and we’re sure Kourtney Kardashian is out there somewhere sh*tting her pants with jealousy. For the rest of us, though, it’s pretty exciting to get a look inside Kim and Kanye’s house. Ever since I got a glimpse of Kim Kardashian’s fridge, I’ve been pretty intent on seeing more of their not-so-humble abode. What can I say, it looks like a museum in there, and I’m nosy AF. Time to dive in!

Most people (like me) probably clicked on this article in search of pictures—I definitely DGAF about “Axel Vervoordt” (their designer) or quite frankly anything else having to do with the actual architectural design of the home. I pretty much checked out after reading about Kanye’s “major acquisitions like an original Jean Royère Polar Bear sofa.” Like, cool, I got my sofa at Wayfair and put it together myself after watching a YouTube tutorial. And I’m supposed to be impressed by a “Jean Royère” sofa??

Scrolling, scrolling, and I see a few more pictures of the home. Kanye himself describes the home as “futuristic Belgian monastery”, and if you look at the Architectural Digest pictures, you’ll see why—for a home with a husband, wife, and four kids, their place is extremely f*cking white and extremely f*cking empty. Literally everything, and I do mean everything, in this house is paler than my skin in the dead of winter, with not a single stain to be found anywhere (and I can’t even eat a salad while wearing a white shirt without messing up everything). But I guess when you basically have unlimited money, you can pay people to replace your Royère upholstered seating any time the baby spits up on it.

Architectural Digest calls the home, “a story of probing and passion—a testament to the iconoclastic mind of the boundary-defying musician and the fearlessness of the zeitgeist-defining reality star and entrepreneur,” which to me is just a very flowery way of saying “these people have no real personality and are extremely f*cking wealthy.”

#AD100 designer and tastemaker @axelvervoordt describes the process of reimagining @kimkardashian and Kanye West’s California estate in terms of distillation. “Kanye and Kim wanted something totally new. We didn’t talk about decoration but a kind of philosophy about how we live now and how we will live in the future. We changed the house by purifying it, and we kept pushing to make it purer and purer,” the designer explains. In the living room, Jean Royère upholstered seating surrounds a limestone cocktail table by Vervoordt. Take a look inside the home through the link in our profile. Photo by @jackie_nickerson; text by @mayer.rus

It’s like when you were in first grade and decided that your favorite color was a defining component of your identity, only in this case, the first graders are 40-something-year-old billionaires and their favorite color is actually the absence of color.

The only thing that shows a modicum of personality is this giant… elephant? Snake? Life-sized stuffed animal thing.

“This house may be a case study, but our vision for it was built around our family,” insists Kanye West of the otherworldly oasis he and wife @kimkardashian crafted alongside #AD100 designer @axelvervoordt. One might wonder about the challenges of raising four small children in such a pristine, cream-colored environment, but Kim and Kanye are quick to point out that the house is eminently kid-friendly. Above, the family is pictured in a room devoted exclusively to a gargantuan, creature-like soft sculpture fashioned by artist Isabel Rower. Asked whether the space is a playroom or an art installation, Kanye demurs: “Everything we do is an art installation *and* a playroom.” . Visit the link in our profile to take a tour of the home. Photo by @jackie_nickerson; text by @mayer.rus

In addition to the article, there is also a video where Kim and Kanye are interviewed about their home. Kanye is sitting there in a hoodie and kind of looks like a fifth-grader in the principal’s office where Kim is the principal. Kim looks effortlessly stunning as always, but struggles to convey convincing emotion, probably from a recent round of injectables.

@kimkardashian and Kanye West take the AD Design Quiz to test how well they know their own minimalist masterpiece—designed by #AD100 talent @axelvervoordt—and reveal what happens behind closed doors. Click the link in our bio to watch the video—with a cameo from their daughter North—and discover our March issue cover story.

Anyway, Kanye was asked what his favorite room he designed with Axel was, and he said the hallway. Below is said hallway. Kanye said, “We pushed it to minimize it and make it as strong as possible and as simple as possible.” Once again, I know NOTHING, but I’m kind of dying that this hallway is what he considers to be his masterpiece. Like, could I be a designer? If you showed the below picture to any random person off the street, they’d probably think it was a photo of a hospital corridor. Ah, those rich get away with everything.

why does Kim's house look like a museum but they forgot to put the art on the walls https://t.co/e1MjkDgEd3

Kim discusses how she “loves to come back to a home full of simplicity,” as her house is Marie-Kondo’d to the max. This is great for them, but most people can’t exactly be this minimalist since, well, we simply don’t have the room. Like, yes, I would love for all of my makeup and clothing to be tucked away into a hidden walk-in closet with “Chanel lights” that “hide your cellulite” (as Kim mentions in the video), but my small-ass NYC apartment doesn’t exactly allow for that. So instead I have approximately 20 sh*tty plastic makeup containers from Ulta scattered around my place. One day!

Lastly, we have to discuss North “accidentally” “invading” their interview (see above video). It is obviouslyyyy possible that North did indeed jump into the interview in a moment of pure family fun and unpredictability, but would her hair and outfit really look like that on any normal day? I mean, yeah, maybe. But it’s just a little too much of a coincidence that she magically comes zooming in the very moment Kim asks what the inspiration for the house was, and Kanye answers that it was North. I know that this pre-planned moment of spontaneity is far from the biggest thing the Kardashians have faked, but still.

I also love how Kim and Kanye kept talking about how “family-friendly” their home is. How family-friendly can something really be when all it takes is for one rogue muddy shoe to f*ck up your entire aesthetic? Maybe I’m just salty because I grew up in a family home where the only thing that made my parents finally get rid of our ugly-ass denim furniture (yes, that’s correct—DENIM) was me finally throwing up on the couch one day. How symbolic.

When asked about the design process of the house, Vervoordt explained, “We changed the house by purifying it, and we kept pushing to make it purer and purer,” which is actually the only sentence that has made sense to me so far, because there is no better way to purify a home than to strip it of all its knickknacks and color. Maybe I do know a thing or two about interior design after all…