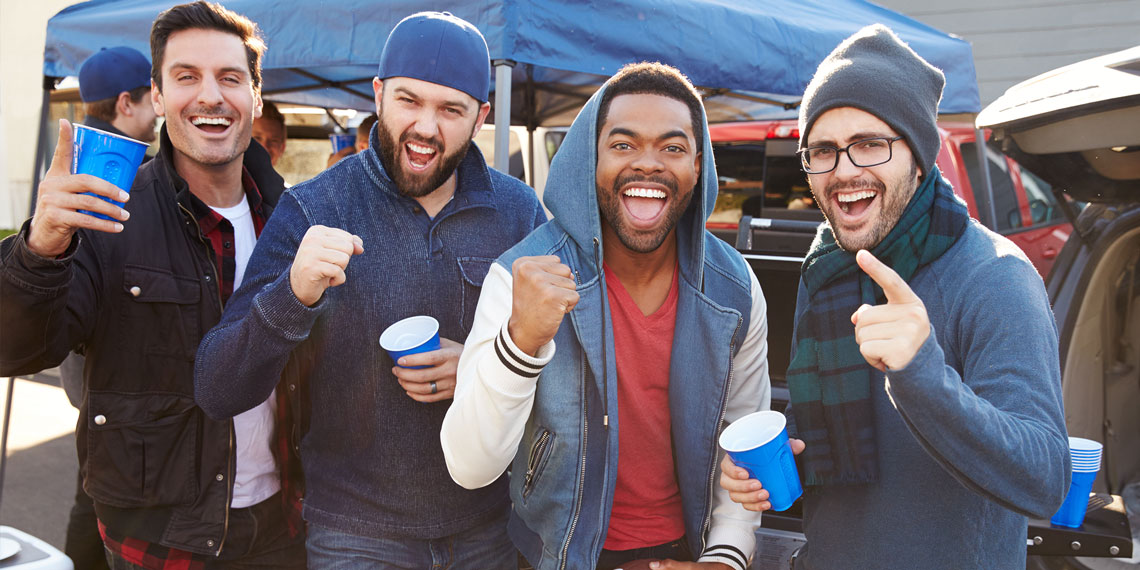 The Top 5 NFL Fans To Avoid At All Costs

We’re just about halfway through the National Football League’s regular season, which means that a pretty significant number of males aren’t even worth interacting with at the moment. I’m not a statistician, or even really someone who knows a lot about sports. However, I am a human being who spends time on social media and in public places that simultaneously serve alcohol and play football games on giant TV screens. So I do know a thing or two about which NFL fans are unbearable.

Whether you’re swiping through a sea of dating app profiles that seem to be filled with tailgating photos, debating whether to get the guy you’re seeing to DTR, or are simply trying to decide if you should go to that work happy hour at a sports bar later, it’s probably worth knowing which NFL fans to avoid at all costs. If the guy you’re interested in is a fan of one of these teams, it’s a red flag. He’s going to be annoying for the next eight weeks (or longer if they make it to the playoffs).

It’s kind of like how I would advise anyone not to date you when you’re doing Whole30, going through a phase where you really love vintage dresses, or when you’re thinking about getting bangs. It’s all you would talk about, and you would sabotage the relationship before it even had a chance to begin. There are just certain times in life where people are too annoying to date. For fans of these teams, that time is now.

If a dude is a Green Bay Packers fan, there is an extremely likely chance that he has spent at least $30 on an enormous piece of foam shaped like cheese. With a hole in it, of course, to stick his f*cking head in and wear as a hat. Do I even need to go any further? This is the definition of a red flag. Stay away.

Issa tie! Whether he’s a Jets fan or a Giants fan, it’s going to be extremely annoying for you to constantly hear about why he has chosen a lifelong dedication to either team. It doesn’t matter if he claims to be a purist, and roots for the Giants because they’ve been around longer. Or if he’s a fan of the Jets because his grandfather brought him to all of the games as a kid. Either way, if he has a reason to word vomit about how much he hates a football team from the same city that shares the same stadium (in another state, no less), it’s a can of worms you don’t want to ever open. There is no “right” answer, and that’s that.

The Dallas Cowboys have not won a Super Bowl in 22 years, yet they’ve been the most valuable sports team in the WORLD for the past three years, according to Forbes. Like, they’re more profitable than any soccer team, and the rest of the world is totally obsessed with soccer. I mean, it’s just simple math. If you’re falling for a Cowboys fan, you’re falling for a dude who throws a sh*t ton of money at a team that has not won a Super Bowl since he still had baby teeth. What other trash decisions is he capable of making? These are the questions you must ask yourself while you try to decide if he’s worth double texting.

Everyone knows that every year, fans of the team that has most recently won a Super Bowl are on a 365-day tear to remind everyone that they’re Super Bowl champs. Therefore, they should be avoided at all costs during that reign of terror. Even if Eagles fans weren’t still reeling from the Super Bowl LII win, they’d still be pretty annoying. Like… congrats on your discounted hoagie or coffee that you’ve received as part of whatever promotion Wawa is hosting following a win? Can we talk about literally anything else? Perhaps their only saving grace is that they beat the team that carries the most annoying fanbase on its back. Which brings me to…

Good GOD. There is nothing worse than a New England fan. Before you maniacs find me and try to tell me about how Boston is the “city of Champions” for literally every sport (even though you’re from what? New Hampshire? Maine? Do you even have WiFi up there?), I’d like to disclose that I am from New England, and would like to be removed from this narrative. A guy who is a New England fan is immediately undateable by default. Simply because he thinks that rooting for a team that wins everything is some kind of personal achievement. Do you guys realize that “New England” technically includes six separate states? The odds of you living in an area in which you are basically forced to root for this team are pretty solid. While I’m at it, I’d like to mention that drinking Bud Light, following Barstool on Instagram, and worshipping Gronk are not legitimate personality traits. If the guy you’re into is a Pats fan, it is a major red flag. And you need to get out of there as fast as you can.