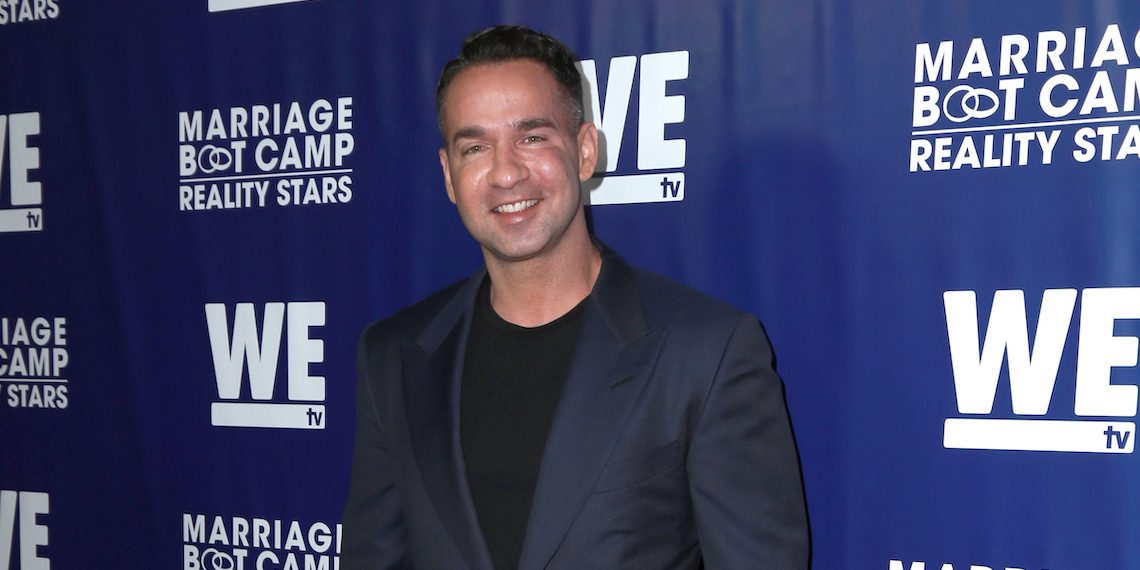 The Situation Got Released From Prison

The Jersey Shore family is finally complete again, as Mike ‘The Situation’ Sorrentino was released from prison this morning. His release comes at the end of an eight-month sentence for tax evasion, which he began serving in January. Many of his Jersey Shore castmates were on hand for the release, which will conveniently be a storyline on an upcoming season of Jersey Shore: Family Vacation.

The Situation was released at 8:30 this morning, and per TMZ, he and his wife wasted no time making a statement to the press. “We are elated to finally close this chapter of our life. Thank you to our family, friends and fans for the continuous love and support during this time, it brought us so much peace and comfort. We look forward to continuing our life as husband and wife and working on baby situations!”

Wow, I love a post-prison statement. I especially like the referent to “this chapter of our life,” as though Mike was just gone on an especially long business trip or something. I’m also chilled to the bone by the thought of baby Situations running around, but I expect that his wife Lauren will be pregnant by the time I finish writing this sentence.

Funfetti cake for everyone because The Situation just got the G-T-HELL out of prison. Link in bio for this morning's big release. (?: @anthony.serrantonio)

We don’t yet have any footage of The Situation post-prison, and we don’t know exactly which Jersey Shore people were there, but TMZ’s sources said that most of the cast took flights on Wednesday to be there.

Even though The Situation isn’t behind bars anymore, this is far from the end of his legal journey. He’ll spend the next two years under supervised probation, and is also expected to complete 500 hours of community service. I look forward to the next season of Jersey Shore: Family Vacation, which will hopefully include lots of footage of Mike wearing a neon vest while picking up trash on the side of the Jersey Turnpike. Truly giving a new meaning to trash TV, and I’m here for it.

Regardless of Mike’s probation situation, it seems like he’s doing a lot better than Joe Giudice, another Jersey reality star who spent time behind bars.  Joe, the husband of RHONJ star Teresa Giudice, was released from prison this spring, and has remained in custody while fighting his expected deportation to Italy. This week, there were new reports that his fight is about to come to an end, as a final decision about his deportation will be made very soon. Clearly, I’m going to have a lot of Jersey reality TV to watch in the next few months, because I’m not about to miss any of this drama.