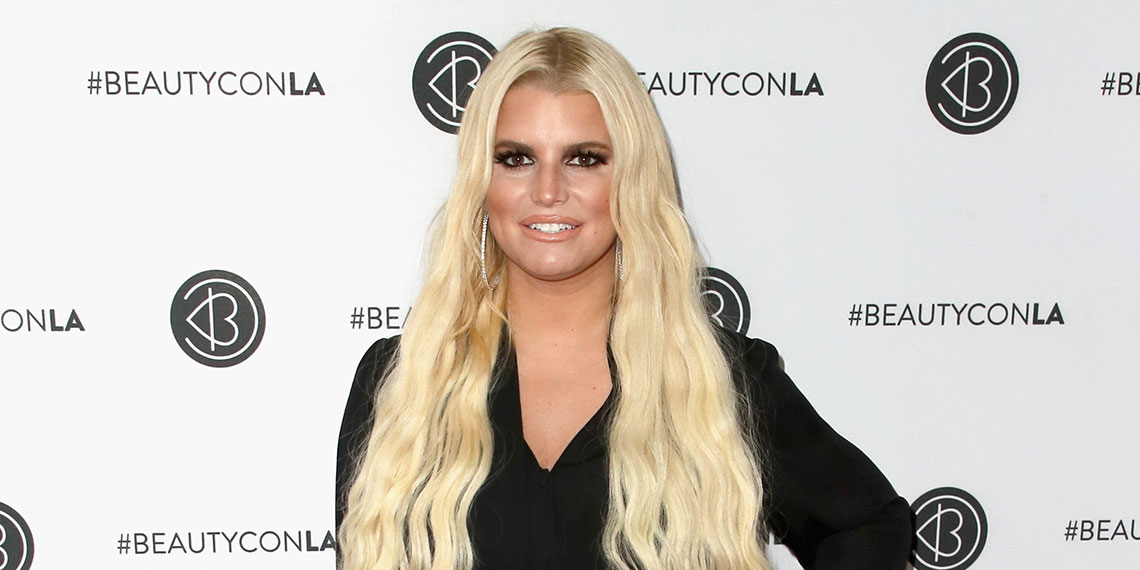 Is there anything better than a tell-all celebrity memoir? Don’t answer that, because the answer is probably yes. But while some celeb tell-alls are annoyingly light on the tea, there are some that really deliver. (We’ve already made a list of some of the messiest ones, if you need something to read on an upcoming flight.) The latest entry in the celebrity memoir canon is Jessica Simpson, which feels right at this point in her career. She’s a mom, has a successful business, and her peak acting and singing days are behind her, so what better time to hire a ghostwriter to listen to you talk about yourself?

Jessica’s book is available for preorder now, and she’s creatively titled it Open Book. Yup, that’s the title she’s going with. I don’t really know what I expected from someone who didn’t know if Chicken of the Sea was chicken or fish, tbh. But despite the hilariously literal title, based on some advance excerpts, it sounds like Jessica Simpson really is… an open book. I’m so sorry, but it actually is true, so maybe it was a good title after all? Jessica is refreshingly open and honest in her new book, and here are some of the most interesting parts that have already come out.

Her Experience With Sexual Abuse

In her book, Jessica Simpson gets candid for the first time about her experience as a survivor of sexual abuse. She says the abuse began when she was staying with a family friend at age six. Echoing the guilt that many survivors feel, she says, “It would start with tickling my back and then go into things that were extremely uncomfortable…I wanted to tell my parents. I was the victim but somehow I felt in the wrong.” Thankfully, she told her parents when she was 12, and they never stayed with those friends again. While she does say that they “didn’t talk about” what she said, at least her parents didn’t put her in that situation again.

Jessica also details her struggles with drugs and alcohol. She writes, “I was killing myself with all the drinking and pills,” and details the 2017 moment that made her realize something had to change. On Halloween, she and her husband were headed to their daughter’s school for an assembly, and Jessica writes, “It was 7:30 in the morning and I’d already had a drink.” Later that day, she says she was “zoned out” as the family got ready in their costumes, and she “was terrified of letting them see me in that shape.”

She details in the book how, over the following weeks and months, she decided to get sober, working with “a team of doctors,” and attending therapy twice a week. Jessica writes that she turned to alcohol and pills to combat the trauma of her past experiences, and that “This feeling of being alone and scared in the dark was one I’d had since I was abused as a child.” Props to Jessica for making a positive change in her life, and getting healthy for her kids.

John Mayer’s Obsession With Her

I don’t know where I was in 2006, but I had completely forgotten about Jessica Simpson’s relationship with John Mayer. Wow, what a couple. In her book, Jessica makes John sound like a total stage-five clinger, which somehow doesn’t surprise me. According to Jessica, “Again and again, he told me he was obsessed with me, sexually and emotionally.” Hey John, just a note, usually “obsessed” isn’t the word women want to hear. That sounds like Jessica is going to end up in your glass box.

Jessica also addresses John’s infamous 2010 comment about her being “sexual napalm,” saying that she was “floored and embarrassed” when she heard it. She says after that, she deleted his number, and they never talked again. I never thought I’d say this, but is Jessica Simpson… my hero? I’m the biggest fan of deleting numbers, but like, I never actually put it into practice until I’ve been burned by the same guy at least 3 more times, so I really admire her strength.

Much like Kylie Jenner’s cosmetics company, it turns out that Jessica Simpson’s self-named brand of clothing, accessories, and fragrances is worth over a billion dollars. I mean, who knew?? Unlike Kylie, she’s not the sole owner/investor of the company, so that doesn’t directly mean she’s a billionaire, but a quick Google search places her estimated net worth at $200 million. Not too shabby, especially considering the last time I really thought about her was like, 2010.

UPDATE: Now that Jessica Simpson’s book is out, there’s a lot more to discuss. While some of the most explosive info was revealed ahead of the book’s release, there are some important topics that she saved until this week. From her marriage to Nick Lachey to physical and mental health struggles, let’s go through even more shocking moments from Open Book.

It’s sadly no surprise that Jessica Simpson has faced body-shaming numerous times in her career. She’s been famous since she was a teenager, and even before she became a star, she was facing criticism for her body. She writes that, as a teenager, people in her church community complained that, even when fully clothed, her curves would make men “lustful.” And that’s her problem, how?? This is obviously total bullsh*t, but I’m sure it’s happened to plenty of other young women too.

Then, when she was first signed to Columbia Records (still as a teenager), she was immediately told she needed to lose 15 pounds. In the book, she says that label exec Tommy Mottola watched one of her videos, and told her “I want a six-pack for the next video. Janet Jackson abs.” I hate this so much. Jessica points to these moments as the reason she started taking diet pills, restricting her food, and even drawing abs on herself. It’s no shocker that the music industry isn’t always kind to women, but this is so gross.

Jessica’s struggles with her body image ultimately led to a plastic surgery decision that ended up going seriously wrong. After having her first two children, she says that she was so ashamed of the stretch marks and loose skin on her stomach that she wore a t-shirt virtually all the time, even in the shower. In 2015, she decided to undergo a tummy tuck procedure, despite being warned by her doctor that she “could die” if she didn’t address her liver issues first. Though she says she stopped drinking before the surgery, she writes that she “got an infection—colitis—and was vomiting so much I thought I was going to bust my sutures.” She was subsequently hospitalized for nine days, and almost needed a blood transfusion, before ultimately recovering.

Jessica doesn’t say that she regrets the surgery, but she does say this: “plastic surgery does not cure what’s inside. Really, it’s about how you feel emotionally.” Jessica Simpson might not be the most profound writer of our generation, but this is still an important message that has just as much, if not more, relevance today.

Turning Down ‘The Notebook’

I know 2004 was a very different time, but I really can’t imagine if Jessica Simpson had starred in The Notebook instead of Rachel McAdams. She wasn’t ever offered the role, but she was sent the script as a potential choice for the movie. Jessica says that ultimately she “turned it down because they wouldn’t budge on taking out the sex scene.” I know everyone has their personal boundaries or whatever, but I feel like turning down a sex scene with Ryan Gosling is really her loss.

Her Marriage To Nick Lachey

For me, Jessica Simpson’s relationship with Nick Lachey is still the first thing I think about when her name comes up. They were one of the most famous couples to do a reality TV show at that time, and it sounds like three seasons of Newlyweds kind of messed with their brains. In her book, Jessica says that even after the show ended, she and Nick would worry that they were being filmed in their house. She tells the story of a time they were having a fight and got paranoid someone was watching, saying that “silently, we got up from the couch, left the house, and walked to an empty lot nearby. Only then, safe from anybody hearing, did we quietly scream at each other.” Yeah, none of this sounds healthy.

In an interview on Dr. Oz this week to promote the book, Jessica also said that she wishes she would’ve signed a prenup before marrying Nick. She elaborated, saying that “Nick wanted me to sign a prenup, but I was, like, so offended.” Basically, she was young and thought they would be together forever, but that obviously didn’t pan out.

Though Nick and Jessica have expressed happiness and respect for each other in recent interviews, it doesn’t sound like there’s much communication going on between them these days. In a Today Show appearance with his wife Vanessa, Nick said “I’ll be honest, I obviously haven’t read the book, so I don’t know what she said or what she revealed there.” While it’s not that surprising that Nick didn’t read the book, I’m sure his publicist will have a look and send him a copy with any important passages highlighted.

Open Book (still obsessed with that title) is out now, so if you really can’t get enough Jessica Simpson tea, you can buy the book here. I still need to listen to the songs that she released along with the audiobook version, but I’m sure they’re all bangers. It’s 2020, and Jessica Simpson deserves a comeback.