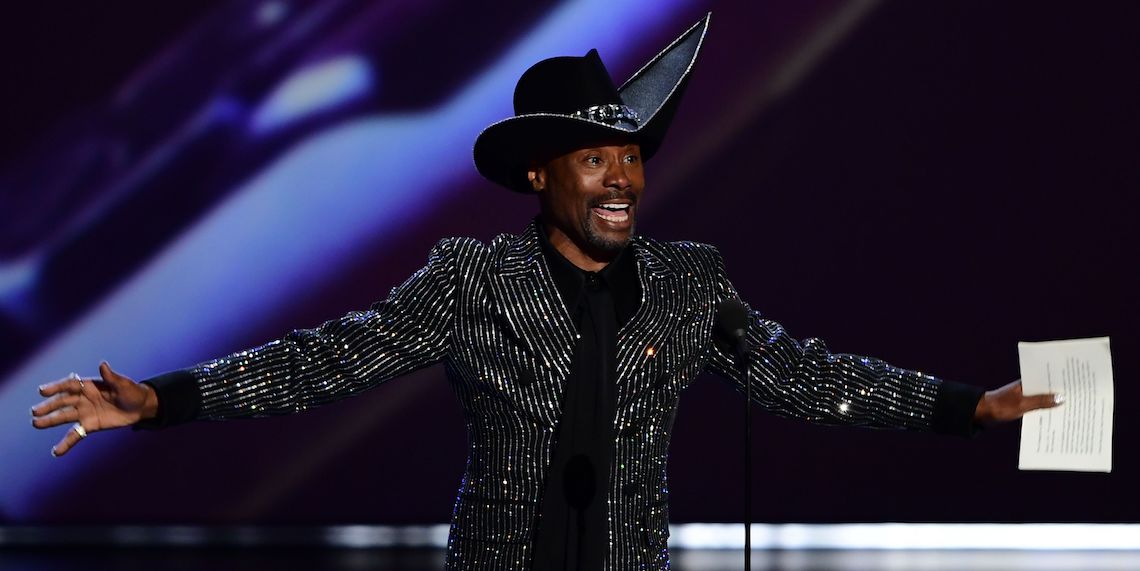 The Most Important Moments You Missed At The 2019 Emmys

The Emmys are to award shows what your cousin who you used to be close with in high school but now have nothing in common with is to your family. Now imagine that cousin is having a birthday party, and you have the Emmys. The Emmys happen much later in the year than all the other award shows, so by the time September rolls around you’ve all but blocked red carpets and drawn-out presentations out of your memory. And, they occur during Sunday football, no less. Even though there have been many good times in the past, you don’t exactly want to give up an afternoon that will segue into an evening of drinking for it? Not really.

This year’s Emmys lacked a host, a decision that proved to be wise for the Oscars but not so much for the Emmys. In place of a host, they had a few notable presenters that should have filled that role, like Bryan Cranston and Jimmy Kimmel. Thomas Lennon did give a bunch of deadpan voice-overs. He had one good joke about Felicity Huffman being in prison, (anyone remember when she won an Emmy in 2005? No? Neither does she), but other than that kind of fell flat. And that’s a quote you can repeat verbatim at your office water cooler, because I know you didn’t watch the Emmys last night! Here’s what else you missed, that you can also just say with a healthy degree of conviction to convince people you actually sat at home watching a three-hour-plus commercial for The Masked Singer.

Instagram erupted almost immediately after Michelle Williams accepted her Emmy for Outstanding Lead Actress in a Limited Series or Movie, because she gave a speech that is going to be hailed by white feminists everywhere for the next seven years. Williams apparently was paid as much as Sam Rockwell for her part in Fosse/Verdon, which is great, even if the fact that a woman earning as much as her male co-star is considered commendable is pretty bleak. In her speech, Williams thanked FX and Fox 21 studios for paying her equally and listening to a number of her other demands, such as more dance lessons and a different wig. She closed her speech with this: “The next time a woman, and especially a woman of color—because she stands to make 52 cents on the dollar compared to her white, male counterpart—tells you what she needs in order to do her job, listen to her. Believe her, because one day she might stand in front of you and say thank you for allowing to succeed because of her workplace environment and not in spite of it.” I applaud Michelle for acknowledging her privilege and bringing to light the fact that the pay gap is even wider for women of color. That said, it’s sad that we have to sit here and publicly applaud studio execs for… *checks notes* … shelling out a few bucks for better costumes? Doing their jobs? I don’t know if you guys have heard about this, but apparently working in Hollywood is pretty sh*tty.

Nicole Kidman can finally rest easy after this gif of Natasha Lyonne clapping surfaced on Twitter.

In case you need a refresher, here was what Nicole Kidman called applause at the Oscars:

Guys, WHAT?? Are people in Hollywood so unaccustomed to expressing joy or congratulations for other people that they never learned how to clap? It’s not hard, you guys! Your fingers need to touch, and you need to do it with enough force so that you actually make a sound and aren’t just touching your fingertips to each other like Mr. Burns.

The Emmys Spoiled ‘Game Of Thrones’

Game of Thrones won Outstanding Drama, but didn’t win nearly as many awards as people thought. (It still won 12, though, just to give you a picture of how entitled GoT fans are.) But people on Twitter were even more pissed when the Emmys farewell montage was broadcast, which apparently “spoiled” the last season of GoT. To be fair, it did show (SPOILER ALERT) clips like Arya killing the Night King, but need I remind you that this sh*t aired in MAY?? You get like, a week max to claim spoilers. I have no sympathy for anyone who is mad at the goddamn Emmys for “spoiling” a highly publicized final season that happened nearly six months ago. Like, you don’t get to procrastinate a paper and then get mad at your professor for failing you an entire semester after you were supposed to turn it in.

As we discussed in our fashion recap, Jenny McCarthy showed up looking like a mess, and also acting like one. Someone gave her a red carpet hosting gig, someone who has probably since lost their job. At one point, Jenny talked to Christina Applegate about growing up watching her and wanting to be her. The funny thing about Christina is that she’s… one whole year older than Jenny McCarthy. Jenny asked Christina what it felt like to get nominated for her first lead actress nomination… when it was actually her third. She also asked Julia Louis Dreyfus to do the Elaine dance and she just said no and walked away. But not to worry, I’m sure Jenny has an essential oil to help her deal with the embarrassment!

In addition to another show-stopping outfit (Billy’s stylist can do no wrong at this point), Billy Porter made history when he became the first openly gay, black actor to win outstanding actor in a drama for his role in Pose. He quoted James Baldwin in his acceptance speech, saying, “It took many years of vomiting up all the filth I’d been taught about myself, and half-believed before I was able to walk on the earth as though I had a right to be here.” In completely unrelated news, I am crying at my desk right now. He is now one award away from an EGOT—he’s just missing an Oscar. No biggie, that’s the easy one!

Kim Kardashian and Kendall Jenner Got Laughed At

While Khloé was at home live tweeting KUWTK (rough, maybe next year), Kim and Kendall presented at the Emmys for Outstanding Reality TV Series. Kendall said, “Our family knows first-hand how truly compelling television comes from real people, just being themselves, telling their stories, unfiltered and unscripted.” Everyone laughed. And while I think the irony is funny, I don’t think it’s completely fair to say that KUWTK is scripted. Sure, every move they make is heavily orchestrated by Kris Jenner. Is the show real? About as real as their faces. But can we honestly say it’s scripted when Kendall Jenner surely is incapable of reading, much less off a script?

Jharrel Jerome won Outstanding Lead Actor in a Limited Series for his role in Netflix’s When They See Us, a miniseries directed by Ava DuVernay about the Central Park Five, five children who were pressured into falsely confessing for an assault they did not commit. At only 21 years old, Jerome is the youngest actor to win Lead Actor in a Limited Series (I was still perfecting my Jell-O shot recipe at age 21, but cool), and he’s the first Afro-Latino actor to be nominated for and win an acting category. He dedicated his award to the Exonerated Five, and it was one of the most moving moments of the night.

In a pretty major upset (to Game of Thrones fans, can you tell I don’t watch??) Phoebe Waller-Bridge and Fleabag, the Amazon Original she wrote, directed, and starred in, won a bunch of awards. Waller-Bridge won for Outstanding Comedy Series and Lead Actress, so okay I guess I really need to get my roommate’s brother’s Amazon Prime password so I can finally watch it!

Other memorable moments included Patricia Arquette’s acceptance speech, which urged for Hollywood to employ trans people and paid tribute to her late sister, Alexis. The DJ was really weird and chose inappropriate music choices—Florence and the Machine was played twice, and Chernobyl’s win was accompanied by “Feelin’ Good” and “Shake it Off”. I don’t know, I feel like a nuclear accident is kind of hard to shake off. Alex Borstein, who won for her role in Marvelous Mrs. Maizel, gave a speech about her grandmother who survived the Holocaust and somehow managed to tie it into female empowerment. You love to see it.

Overall, the Emmys seemed a little lost without a host, and although we got some history-making wins, the awards were still overwhelmingly white. If you took away one thing from last night’s Emmys, it was probably that The Masked Singer airs Wednesday, October 2nd at 8pm, only on Fox!!