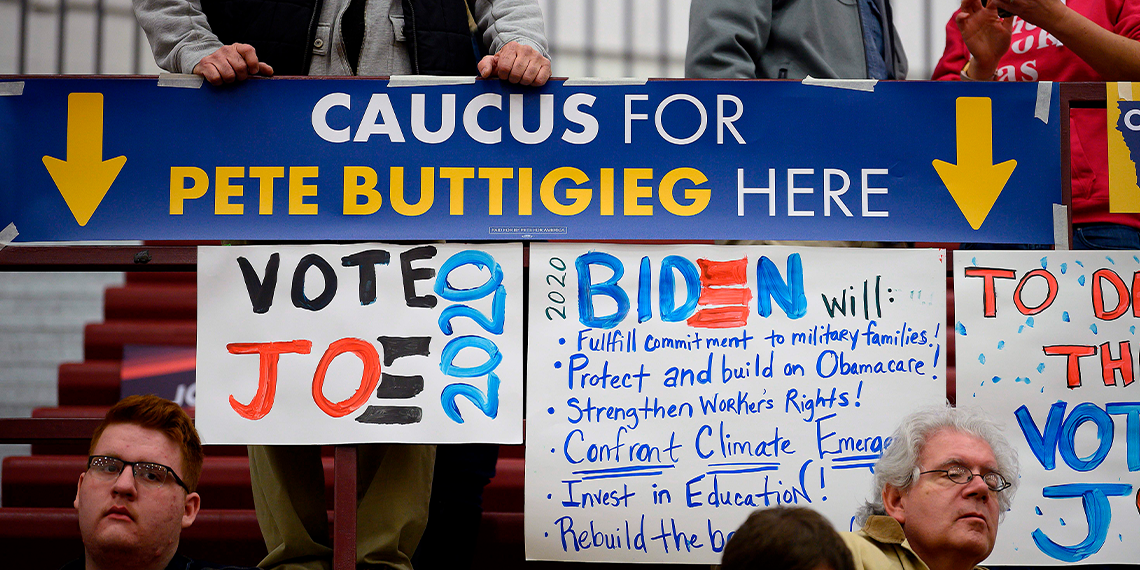 The Iowa Caucuses Were A Hot Mess Long Before Last Night

Welp, the Iowa Caucus…happened. And who is the winner?!?! This is fun: As of Monday afternoon, we’re still not sure! The Iowa Democratic Party has vowed to release results by 5 p.m. on Tuesday, with a day-long delay due to an apparent issue with the new app that was used to tally the votes.

Is this a hugely important democratic process or my mom trying to figure out how to log in to her email?

There are a few factors that could be to blame for the chaos that has spun from the Iowa Caucus, one being that this year they decided to report three different results: voters’ initial candidate preferences, their final candidate preferences, and the number of state delegates awarded. It’s possible this led to confusion in tallying the votes on the app, which also experienced “a major coding error” and was inadequately tested.

But even beyond that, the mess that has been made here may be a smaller symptom of larger issues within the caucus process. Alright, let’s roast the Iowa Caucus. Iowans, we adore you — don’t take it personally.

The state of Iowa is about 90% white, which is, in technical terms, really fucking white. It’s also disproportionate to both the country, which is 60% white, and the Democratic party, which has about a 40% base of people of color.

The Iowa Caucus is thought to be a crucial race for candidates since it usually sets the tone for the rest of the races. Whoever wins Iowa has an advantage, as their win tends to show voters in the other states who probably has the best chance at winning. It’s a highly influential process, so having mostly white people participate is unfair, and doesn’t paint an accurate picture in terms of who everyone in the country would vote for.

It’s yet another case of white people getting their say broadcast, while minorities aren’t given much of a say at all.

Lol, CNN is so offended that the Iowa results are late and it’s hilarious. I mean, it’s a 90% white process that many disabled and working class folks can’t participate in but… omg they’re LATE.

Next up is the issue of accessibility.

For people with disabilities, the Iowa Caucus has been a nightmare in the past, effectively disenfranchising large groups of people.

There are long lines that last for hours in specified locations. Promises had been made that 2020 would be more accessible for people with disabilities, but according to a piece in the New York Times, people who had tried to inquire about how to receive help with access weren’t getting many helpful answers.

It’s also hard for some people to attend the caucus because of when it takes place.

The Iowa Caucus typically starts at 7pm, and takes some time to participate in (usually about an hour, not counting the time spent waiting in line). This makes it difficult, if not impossible, for people who work nights to participate. Technically people should be able to leave work to vote, but as someone who works in service, I can tell you right now, if I asked my boss to leave a shift for hours, they would be like, “Lol, no.” This means a lot of working-class people simply don’t have the time to participate. To say nothing of the fact that the caucuses force people to procure or pay for childcare in order to… exercise their fundamental right to participate in democracy. Yeah, that doesn’t seem right. (Children are definitely allowed to attend the caucuses — but as we said, they can run late, and a 6-year-old with even the world’s most tricked out iPad can’t be asked to sit quietly the entire time.)

And then there is the issue of the coin toss.

Yup, you read that right, literal coin tosses are implemented in the case of a tie during the caucus process, and that coin toss actually determines how many delegates a candidate will get. Again, I ask, is this an important democratic process or a bunch of 8-year-olds trying to see who gets to eat the last Oreo? Coin tossing seems a bit arbitrary, juvenile, and inaccurate when it comes to an election, does it not?

We should consider the possibility that the Iowa Caucuses are stupid. https://t.co/uouS9tPaDS

What happened last night is a whole ass mess, but perhaps we should take it as a sign that we need to re-evaluate this entire system and make some updates that can ensure a more fair, diverse, and accessible process. Idk sounds like that would p be chill.