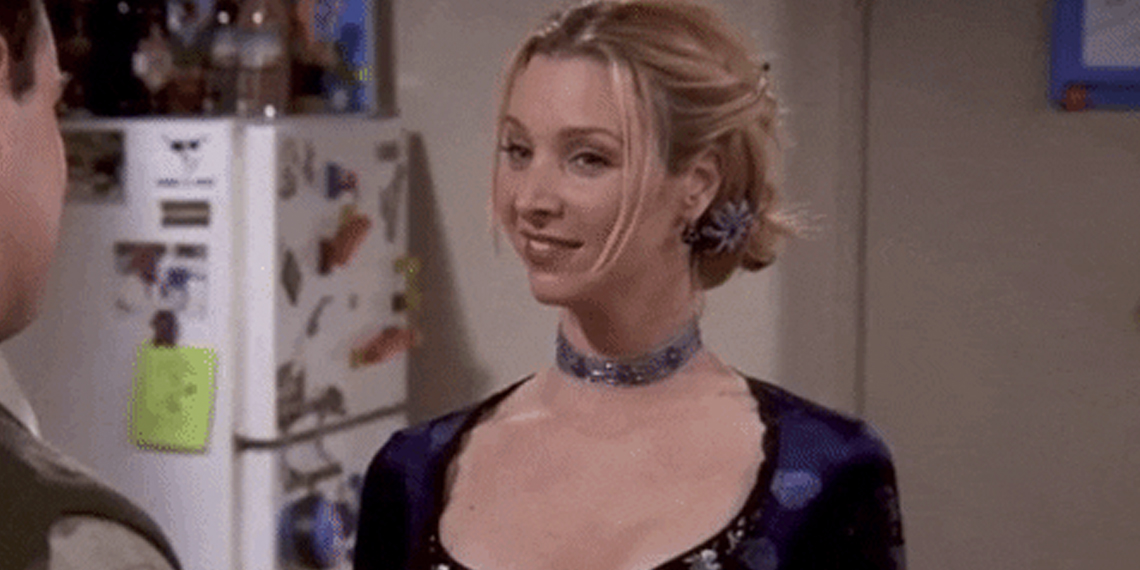 The ‘Friends’ Were Actually Terrible Friends To Phoebe

Friends is turning 25 this month, which means it’s now roughly as old as its characters were (portrayed as) when it began. The success of the sitcom relied heavily on the fact that our mid-twenties are a tumultuous time for most of us, but the power of friendship prevails. Or, at least, a friendship between conventionally attractive people who are all sleeping together. In all of its studio audience laugh-tracked glory, Friends capitalized on the reality that being in your twenties in New York City (or a studio in Burbank, CA) would be a real garbage fire without friends—a concept apparently so unique for the 90s that its cast earned one million dollars per episode in the final season.

There’s a lot that I don’t understand about the success of Friends, partly because I started watching it in 2016 and I was largely confused about why there wasn’t a single man on the show who was wearing a suit that fit them. Then, there’s the fact that the pilot aired in 1994 and Jennifer Aniston hasn’t aged even slightly. How does Rachel make any money at that coffee shop? Why isn’t Monica and Rachel’s massive apartment mentioned in every single episode? How does Phoebe live on 92nd St, yet spend every moment commuting to Greenwich village to be continuously misunderstood by her so-called “friends”?  I’m aware much of the dialogue relies on teasing banter, but Phoebe is, in my opinion, the most tragic character. While all of them bust on Joey’s overall idiocy and Monica’s former weight problem to their faces, Phoebe’s enemy is silence. After watching every season of Friends, my biggest fear is not entering a Ross-and-Rachel relationship, losing a sugar daddy over conflicts about children, or getting killed off of a soap opera—it’s becoming the Phoebe of the group.

Phoebe is quirky, psychic, spiritual, and arguably the most charming member of the Friends clique. But alas, she’s terrible at music. In fact, “terrible” might be too kind. She’s painfully awful at singing, playing guitar, and songwriting. I understand her lack of musical skill is a running joke of the show, but the tragedy of Phoebe is not that she has no talent. Rather, the arc that will haunt me and every dream I’ve ever pursued is that nobody ever tells her! Phoebe performs regularly on Friends (we all know “Smelly Cat”) from the coffee shop to outside the coffee shop to schools, and yet, after every performance, the entire group praises her, cringing from afar. The camera pans across their distressed faces while she screech-sings to nonexistent guitar chords, only to greet her offstage with smiles and applause.

I started doing stand-up comedy around the same time I started plowing through every episode of Friends on Netflix. I used Friends to fall asleep, as background noise while I cleaned my apartment (which is in every way the opposite of Monica and Rachel’s), and eventually, for a deep analysis on why nobody gently tells Phoebe that music isn’t her path. I immediately asked my friend, a devout Friends fan, why Phoebe continues to play despite never receiving any real positive feedback.

“You’re completely misunderstanding the complexity of Phoebe,” she said. “Phoebe doesn’t want a career in music, she doesn’t care if people think she’s bad, she just likes being weird.” This momentarily made sense to me considering there’s an episode where Phoebe says “If I was in this for the money, I would be a millionaire by now.” Still, who makes art without wanting to be good? Protecting someone’s feelings is honorable, but at what point does the dishonesty make you a bad friend? What if all my friends are coming to my comedy shows, feigning laughter, and indulging my delusions for 10 whole seasons without a million dollar episode contract for my finale? Phoebe’s music “career” repeatedly sends me into an existential spiral.

I would be willing to trust my friend’s rebuttal to my Phoebe fears if it wasn’t for season 2 episode 17, where Phoebe records an album, makes a music video, and then learns they dubbed her voice with another woman’s. Phoebe shows the music video (of course it’s “Smelly Cat”) to the crew, only to not recognize that her voice has been replaced. She’s shocked by how amazing she sounds, and what do the friends do? THEY DON’T TELL HER. This is their moment! Instead, they all sit quietly in Monica’s massive, perfectly decorated living room, allowing Phoebe to believe that all this time, she’s had the voice of a professional recording artist. This moment is a cardinal sin of friendship. The show shouldn’t be called Friends, it should be called “Smelly Cat Enablers.”

Before you peg me as an irrational moron, I do recognize that Friends is a sitcom and that I’m clearly projecting my own career insecurities onto the music career of a person who doesn’t exist. That isn’t lost on me. But, if we can take anything away from looking back on the show after 25 years, the hill I’m going to die on here is Phoebe’s music. Aside from the glaring lack of diversity and casual 90s sexism, the show’s main problem is that the group was protecting Phoebe’s ego and passing it off as friendship.

That being said, if Phoebe was pursuing music in 2019, the hecklers at the coffee shop would be replaced with internet trolls and she probably would be too broken to even write “Smelly Cat” to begin with. Is it ok to separate passion from skill? Is Phoebe a genuine artist because she makes art for the sake of making it and not because she wants a career?

Americans are obsessed with attaching our passions to our careers as an identity. The mindset that Phoebe isn’t a musician unless she makes money off of it is engrained in our culture, and maybe Phoebe’s shameless rejection of that notion is admirable after all. Perhaps on the 50th anniversary of Friends, I’ll no longer fear being the Phoebe. In the meantime, I’m incredibly grateful all of my friends told me to quit soccer.