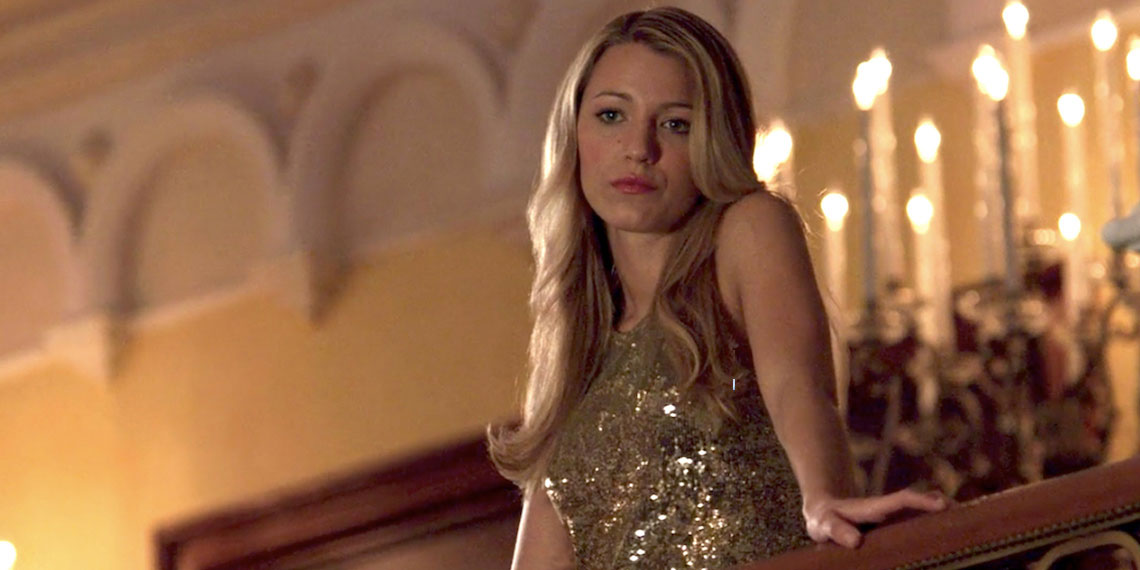 One of the things I love most about Gossip Girl is the slew of random characters whose sole purpose is to keep the plot interesting by shaking things up for our favorite four Upper East Siders and two annoying Brooklynites who endlessly complain about their unfortunate financial lot in life from their gigantic loft in one of New York’s most expensive neighborhoods. I digress. Anyway, as with any television show, each season introduces a few new characters, some of whom are truly perfect temporary additions to the cast, like Eva Coupeau, and others are less than perfect, like most of the writers’ choices.

I’m a loyal GG lover, so I typically hold back when it comes to some of the laughable wardrobe choices, but as I rewatch this scripted trash for the ninth time, I can’t bite my tongue about the most egregious part of this show: the randos. Without further ado, I give you the worst and/or most annoying random characters who we all love to hate. Enjoy.

For those of you who forgot who she is, allow me to remind you. She’s the sister of the boarding school teacher-turned-convicted-felon with whom Serena allegedly had an affair when she was 15 and he was…older than 15. Mhmm, makes sense. Anyway, if I had to pick the worst thing about Juliet, it would have to be the way she dresses. Literally, all of her outfits are different yet heinous versions of the same business-professional dress with a cropped blazer over it. Like???? When I was in college, I literally wore jeans and sweaters every goddamn day.

Aside from her sartorial errors. her character is also incredibly creepy. I’m pretty sure the most disturbing exchange in this entire series is one that took place between Juliet and her brother during a prison visit when she says, “Keep your focus on not getting raped or killed” to which he responds, “It’s a minimum security prison” and she counters with, “And you’re hot” and then they seductively hold hands across the table and exchange minxy smiles. I think it’s totally okay to say he’s handsome or attractive because, criminal or not, he is both of those things, but hot? That’s your BROTHER. Why don’t you go take a cold shower, sis! Also, her whole purpose on this show is to, like, physically injure Serena and get her expelled from college, which is pretty shameful. Even Georgina would disapprove of this.

Damien has a lot of unfortunate qualities that earned him a spot on this list, but the one thing I truly couldn’t stand was how condescending he was to Jenny while they were dating. When they were about to have sex, she was really nervous because she was a virgin and he was like, “I get it. I’m older than you and when I date someone, sex is a a big part of the relationship. You’re a young, innocent girl, so I get that you’re nervous.” He was in Serena’s class at boarding school, which would make him no more than two years older than Jenny, so I’m confused as to why he’s talking to her like a World War II veteran who’s seen more than she ever will.

Acting like a cultured citizen of the world was like, his whole persona, which I just found incredibly annoying because he was literally 18 at the time, so no one’s buying it, sweetie.

This is another character whose circumstances really confused me. My knowledge of British monarchy is based solely on The Crown, so forgive me if I’m wrong, but if Catherine were a “lady,” that would mean she’s married to a duke, which we’ve been told she is. So if that’s the case, why would they be summering in the Hamptons and living in a townhouse in Manhattan the rest of the time? Don’t they have royal duties in England to carry out? Don’t forget, this was pre-Meghan Markle.

The second, and slightly bigger, issue with this lady is that she has a title of nobility and yet she’s paying an underage American kid to bang her against her dryer every few days. Two felonies for the price of one! How did this affair even work? Would she text him on her burner cell and be like, “Hey, when you’re done with algebra, can you come over?” Let us not forget, she was also f*cking her stepson. Safe to say, this woman needs therapy.

I know she’s not technically considered random since she’s in every season, but she’s not part of the main six, so to me, she’s a random. Sorry (not really) to all of the Vanessa die-hards, but she plainly sucks. She’s one of those people who feels way too comfortable around people she just met and, maybe it’s just me because I still don’t feel comfortable around people I’ve known my whole life, but that’s not a likable quality. Second, I didn’t like how she was always at private events for schools she didn’t attend! Like, she was at literally every dance, party, and study session of the Constance girls and then at the Columbia alumni events. Seriously, she doesn’t even go here!

Okay, to set the record straight, I hated the fake Charlie Rhodes (Ivy Dickens), but lived for the real Lola Rhodes. I know this isn’t a character flaw, but there was something about her voice that made it really hard to get on board with anything she was talking about, and her pretending to have a mental illness to explain her behavior wasn’t cool.

I know she was an actress being paid by the real Lola Rhodes’ mom to pretend to be her (happens all the time), but couldn’t Ivy have just, like, gotten another acting job that didn’t involve fraud? I can’t imagine being so desperate for a job that I’d hear Carol’s pitch and think it was a good idea.

Sorry, but Tripp and his waspy-ass name was a giant p*ssy. Like, literally everything about him was so pathetic and sad—especially when he crashed his car and put Serena in the driver’s seat to make it seem like it was her fault. Why do all of these people in positions of power take no more than two seconds to consider whether or not they want to commit a crime? I take more time deciding between two identical pale pink nail polishes than Tripp did to pin a car crash on his mistress. I also feel like Nate’s fancy politico cousin should have been 10 times hotter than Tripp, who looks like he calls his mom four times a day. I definitely wouldn’t have voted for him.

Hands down Serena’s least likable boy toy. His skinny scarves and confusing haircut were enough for me to decide he sucks, but then he opened his mouth and…it didn’t help his cause. Like Damien with Jenny, Aaron acts like Serena is just a young and stupid child who doesn’t understand the complexities of adulthood, which is hilarious to me because Blake Lively was 22 playing a 17-year-old, but whatever. Anyway, even if that is the case, you are fully aware that she’s in high school, so stop acting like her being young is a flaw you have to get past! He should be more concerned with the statutory rape he’s committing.

Also, his whole “I date multiple women at once” thing is just gross. I understand that you can’t expect monogamy after knowing each other for approximately five minutes, but Aaron, you don’t need to constantly remind her that you’re f*cking 10 other women at the moment. All in all, he was not hot enough to act that smug and condescending, and I was truly elated when Serena told Dan that she left in him in Argentina.

And there you have it, the worst random characters in Gossip Girl! Did I leave any out? Let me know who you hated the most in the comments! Until next time, Upper East Siders. XOXO, Gossip Girl.