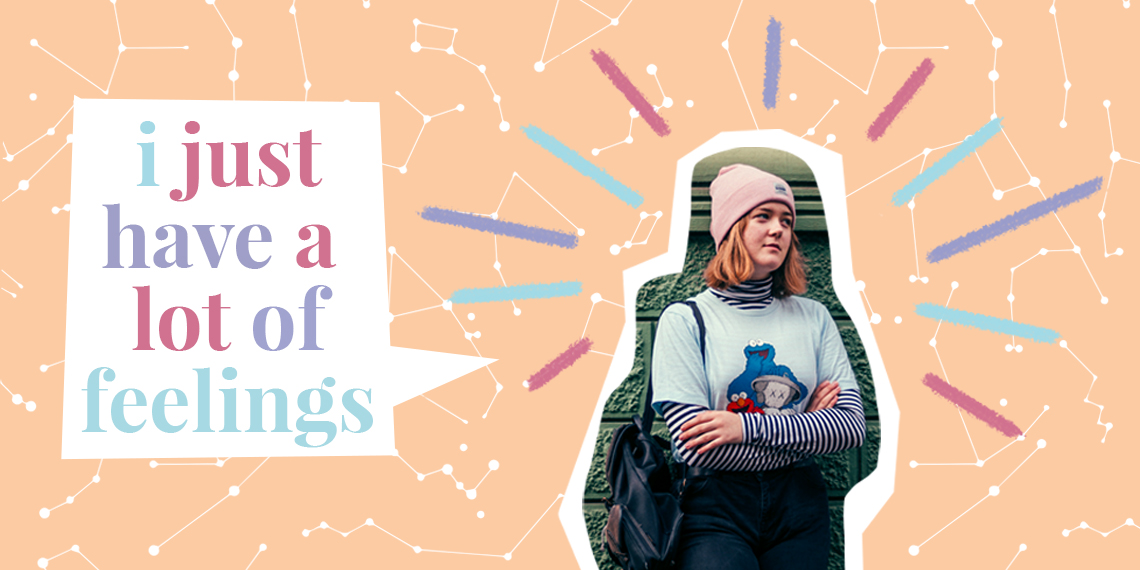 Happy President’s Day, Betches. I’m finding myself conflicted as I sit here day drunk on a Sunday afternoon because on one hand, I love a three-day weekend, but on the other hand, I hate the President. So instead of giving any thought at all to the moldy yam in the White House, for this week’s horoscopes I choose to recognize American’s true commander in chief: Ariana Grande.

What does your week have in store? Only our girl Ari knows.

There’s no shame in letting people know how you feel, Aries. In fact, this is a week for celebrating that. “And I’ma scream and shout for what I love. Passionate but I don’t give no f*cks” is the theme of the week. Use this time to get those things off your chest that you’ve very much been holding back. If anyone tries to tell you that you’re being too much, let them know that it’s okay to be needy.

Taurus: No Tears Left To Cry

You’ve seen some sh*t, Taurus. 2019 maybe hasn’t been the kindest thus far, but that doesn’t mean you need to let it win. You’ve reached the point where truly nothing else could rock you (knock on wood) and it’s time to revel in that. This week is for living your life to the fullest. You are lovin’, livin’, and pickin’ it up 24/7, and don’t let anyone tell you otherwise.

Even stars need space, Gemini. Stop letting people encroach on your life when all you want to do is tell them to GTFO. Sure it might be awkward asking for everyone to leave you alone, but not as awkward as the breakdown that will occur if you keep bottling up the way you feel. Everyone can say they love you through the phone tonight, and tomorrow night, and maybe even the night after. Once you’ve recharged, you’ll be reminded that you actually like all these people.

Cancer: Break Up With Your Girlfriend, I’m Bored

You are in a mood this week Cancer, but at least you’re self-aware about it. You know that there’s nothing chill about demanding things from people that you have zero right demanding, but it looks like that won’t be stopping you. Just remember that whatever havoc you wreak this week will probably have to be addressed once you’ve come down from whatever minor power trip you’re on at the moment.

You are straight up sprung, Leo, and it shows. Despite your obvious feelings for your crush, you’ve been waiting and waiting for them to make a move before you do. This week, that changes. It’s time to put the bravado aside and put your feelings on the line. For better or worse, you’ll finally know where you stand. Let Ari’s confidence guide you through these next few days, and don’t be afraid to take that leap of faith.

It’s time to take a step back, Virgo. You’ve been on the hunt for something serious and completely ignoring the options that are right in front of you. For potentially the first time in your life, this week will have you considering the fact that sometimes the most responsible option isn’t always the one you have to pursue. Stop putting so much pressure on yourself to succeed, and just let things happen as they come. Right now you just wanna have a good time (yuh), and there’s nothing wrong with that.

Scorpio: In My Head

Sometimes reality isn’t exactly how you imagine it, Scorpio. You’re a master of wishful thinking, which, to be fair, can work in your favor at times. This, however, is not one of those times. This week you’re going to have to reconcile the situation you’ve landed in with the one you’ve imagined it to be. It might not be the most pleasant reality check, but it’s the only way to start moving forward. Surround yourself with people who love you and will pull you through this mess, put on those Gucci tennis shoes, and run face first into those issues.

It’s time to get your head out of the clouds, Libra. Sure, spending all your spare time daydreaming about things that will never happen is fun, but it’s not getting you anywhere. In fact, at this point it’s just setting you up for disappointment. Instead of imagining a world like that, imagine an attainable one where you still end up happy. Dwelling on the things you can’t have only makes not having them more painful. Get yourself some bubbles and bubbly, and then get on with your life. You can do it.

Babe, you gotta take care of your body. Running yourself ragged in the name of “getting your sh*t together” isn’t helping anyone. Your productive streak is admirable, but it’s also got the potential to ruin you if you aren’t careful. This week, try taking a step back from the hustle and bustle of every day for some much needed self-care. You can work your way to the top, just know that there’s up and downs and there’s drops. This week will be a drop, and that’s okay. You can start climbing again next week.

This week you’re a baller, babe. After weeks of non-stop grind, you’re finally getting your due, Capricorn, and it’s time to celebrate! Drop the work for a few days to revel in the fact that you are young and beautiful and successful. Life is all about balance, and right now you need to focus on the lighter side of things for a few days. Be sure to shower your friends in gratitude as well, because they likely dealt with you when you were a raging stress case.

2019 has presented you with a few bumps, Aquarius, but it’s time for you to move past them. You’ve spent far too much time being a sad bitch, and now it’s time to become a savage. For the next few days, try updating your mindset to reflect your new intentions. Forget the mishaps and hiccups of the past few weeks, and look to the future. Surround yourself with your most loyal friends, because they’ll be the guardrails you need to get your life back on track.

It’s time to stop playing games, Pisces. You’ve been having your fun, and holding back from people in order to get the most that you can from them, but that path is about to run out. Sure, you can get your way by manipulating those around you, but this week calls for some cold, hard honesty. Sit down and think about what it is that you need, and then start telling the people who need to hear it. It may not be as fun of a way to get what you want, but it’ll be more effective in the long run.