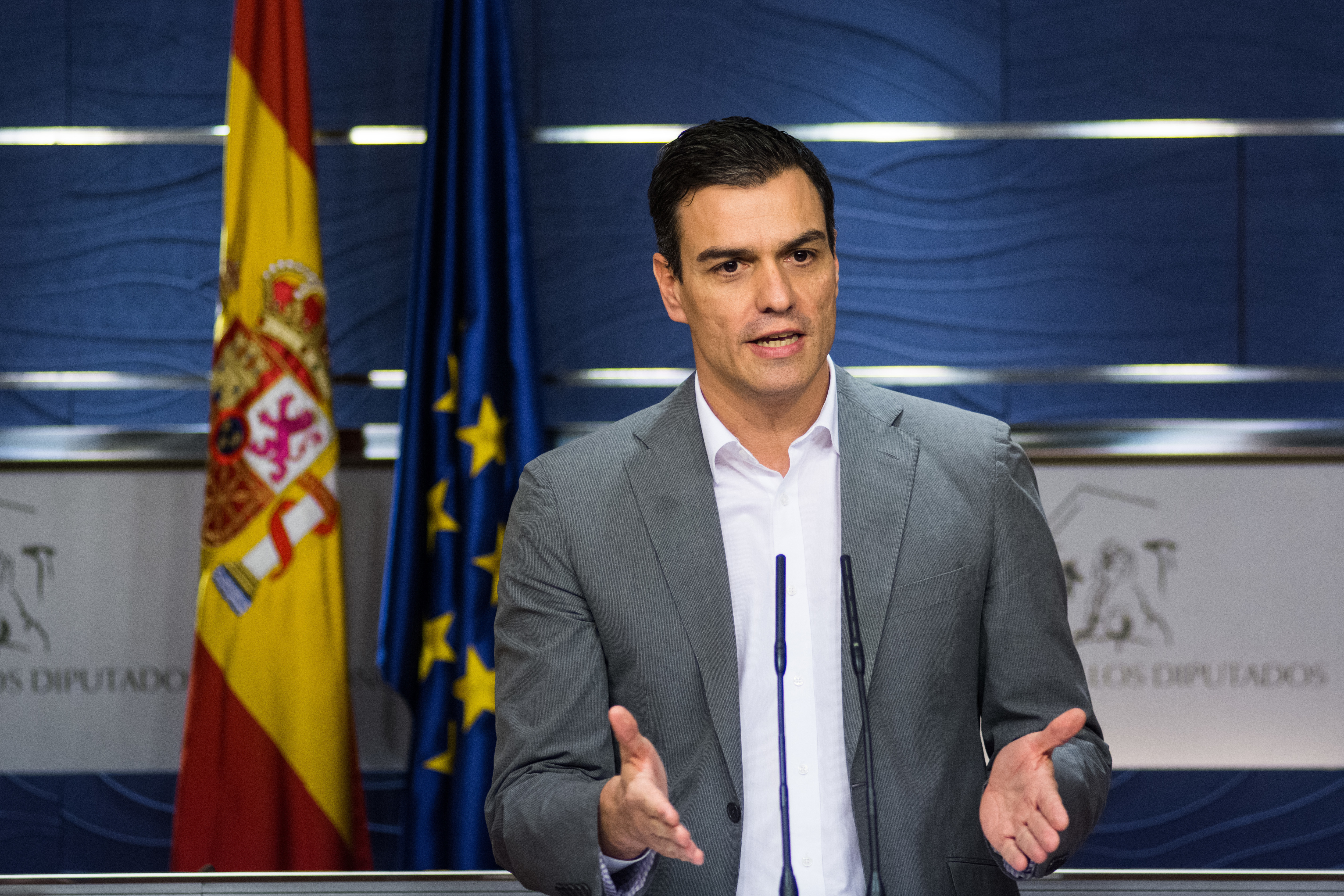 Keeping with the current theme of “literally everyone in the world gets a hot leader but us,” Spain just elected a new Prime Minister, Pedro Sánchez, and he was sculpted with love by the Gods of political hotties. Move over Justin Trudeau, there’s a new hot Prime Minister in town, and his home country is warm. Como se dice, “zaddy” en Español?

Pedro Sánchez is a member of the Spanish Socialist Workers Party who was sworn in on Saturday by King Felipe VI. This is pretty impressive considering he was ousted from his own party only a year ago. Sánchez is resilient and tenacious which are my two favorite qualities in people who also happen to be very hot. The New York Times described him as “photogenic” which is a very respectful way of saying “holy hell this Prime Minister is sexy AF.” Here he is, standing with conviction and hotness like the leader we all need:

And I’d like to congratulate new Spanish PM Pedro Sanchez for his automatic induction into the Hot World Leaders Club. pic.twitter.com/ubqEyCuE38

In 2015, Sánchez attacked the character of the current Prime Minister, Mariano Rajoy in a televised debate. Sánchez accused Rajoy of overseeing corruption in the Popular Party, the Republican party equivalent in Spain. Rajoy then said Sánchez was a disrespectful politician, most likely because he was probably jealous that he’s not hot, and the corruption accusation was put to rest. Then on Friday, a court ruling confirmed that Rajoy had been benefitting from a slush fund and our night in shining sexiness, Pedro Sánchez, organized a parliamentary revolt. I’m imagining him storming a castle on horseback with a team of equally hot radicals, but it was probably more civilized. Essentially, this is what would happen if a hottie accused Trump of collusion with Russia, then Trump was like “lol shut up you’re a brat,” which then caused that hottie to be ousted by liberals until collusion was confirmed. Trump would then be impeached and we would get a president with a strong, firm handshake.

Here he is doing what I can only assume is a hilarious impression of Trump’s hands:

The socialist party only currently holds one quarter of the seats in parliament which means Sánchez will have to bring together the far-left Podemos and nationalist parties which helped get him elected. A former socialist mayor of Barcelona, Jordi Hereu, said, “It’s going to be complicated for Sánchez, but the fact that both sides are ready to dialogue is in itself a step forward.” Wait, both sides in Spain are ready to dialogue? Maybe all we need is a president with a fire look and we can also get a dialogue going. For now, I’ll be practicing my high school Spanish on Mr. Sánchez until he can no longer resist: “Hola guapo, donde esta la biblioteca? Eres mi novio ahora, gracias.”