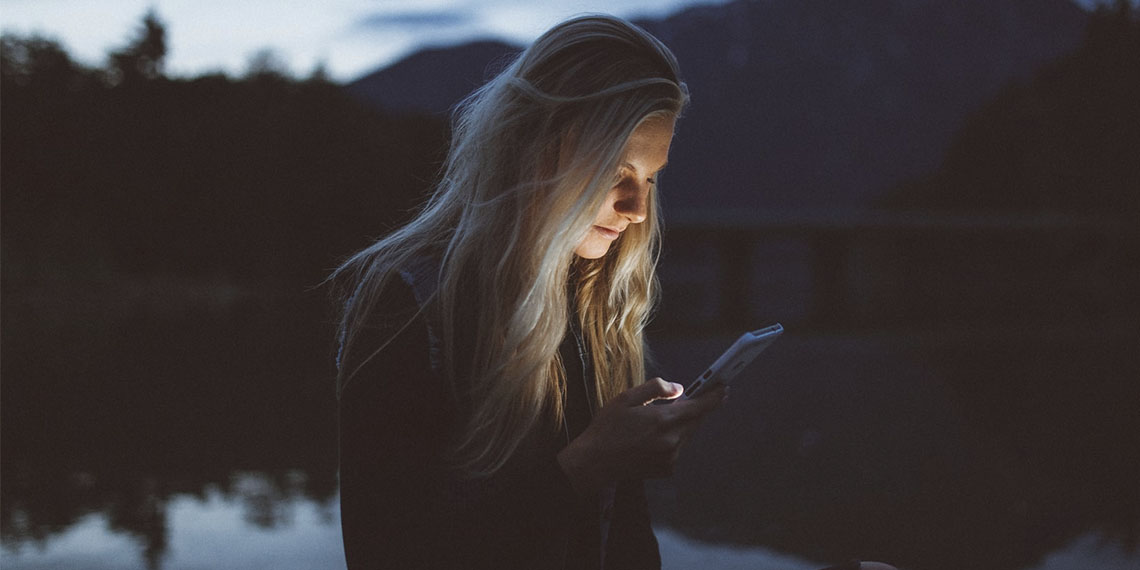 Science Says Our Phones Might Be Making Us Gain Weight

In today’s episode of “Bad News to Our Waistlines”, science has just found that our cellphones could be making us gain weight. To get specific, it’s the type of light being emitted from our cellphone screens that’s at fault and not our dependence on Postmates and GrubHub at 3am—although I suspect that could play a role.

This scientific study from the University of Strasbourg and the University of Amsterdam was presented earlier this month at a conference in the Netherlands. The study was based on the premise that blue light from LED screens found on our phones, laptops, and tablets have an impact on the areas of the brain that regulate appetite. The retinal sensitivity to these kinds of lights causes our bodies to send a message to our brain telling us to consume more sugar.

The study specifically looked at the effects of blue light exposure on diurnal rats (that are awake during the day and asleep at night, like humans—as opposed to regular rats, who are nocturnal). The rats were exposed to the blue light at night for one hour. The day after exposure, the rats were given options to choose between rodent food (standard, nutritionally balanced), water, lard, and sugar water. After the nights with exposure to blue light, the rats consumed more sugar compared to nights with no exposure. The light also seemed to alter their glucose tolerance.

There are a few things to consider. Because the rats were all males, the scientific study does not show if the outcome would be the same on female rats. The rats were also only tested on for one night, so we have a very short time period to work with. If these effects were repeated, then over time, the rats would experience weight gain and develop diabetes with exposure to blue light. Still, even given the limited scope of the results, the authors of the study recommend limiting the time spent in front of screens at night, using night mode on devices, and/or using blue light filtering goggles to lessen the impact of LED lights on our appetite.

Now while this study was conducted on rats, I do think the results send a message of the impact electronic devices have on our human bodies. The recommendation of limiting screen time and using blue light filtering apps and goggles make a lot of sense, not only in terms of appetite control, but also because previous studies have shown blue light impacts quality of sleep. There are more studies on the internet on blue light’s effects on sleep, so I did further research. I was able to discover that the shorter wavelengths in LED light affect our bodies’ ability to produce melatonin, which is the sleepy hormone. To connect the dots further, melatonin also directly effects weight gain/losses, in that it helps your body regulate leptin and adiponectin hormones. These two hormones regulate your appetite. So while the original study suggests that the appetite change is due to blue light affecting the appetite-regulating part of our brain, it could be possible that the blue light is also disrupting our bodies’ ability to create essential hormones.

Our parents and grandparents used to read a book (real, not electronic) before bed, whereas nowadays we’re scrolling through IG until we’re close to passing out. Turns out, they were on to something. Personally, I’m terrible at staying off the phone immediately before bed and immediately upon waking up. I am constantly laying down, reaching for my phone, which evidently is not the healthiest habit. With all this research on the negative impacts blue light has on our health, I will definitely be making a conscious effort to step back from the phone. Will you be lessening screen time with me? Sound off below, I would love to hear your thoughts!