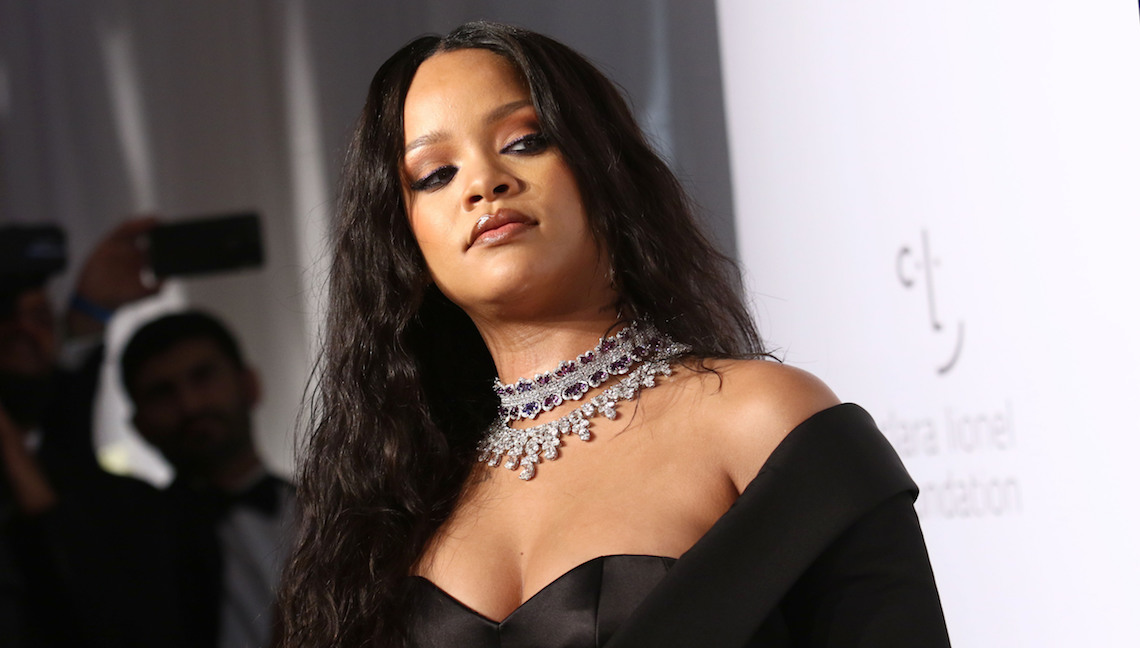 Rihanna Hit Trump With A Cease And Desist Letter

It’s election day, which means all our favorite celebrities have been getting in on the political action lately. From Oprah going door to door in Georgia to Taylor Swift finally breaking her political silence, it’s been great seeing stars use their influence to get people to the polls. And of course, being the queen that she is, Rihanna put the icing on the election cake this week when she threatened Donald Trump with legal action. It’s a beautiful day in America, isn’t it?

It all started on Sunday evening, when a reporter named Philip Rucker tweeted about the scene at a Trump rally in Chattanooga:

It’s been said a million times, but here’s a million and one — Trump’s rallies are unlike anything else in politics. Currently, Rihanna’s “Don’t Stop the Music” is blaring in Chattanooga as aides toss free Trump T-shirts into the crowd, like a ball game. Everyone’s loving it.

Okay, first of all, this rally sounds like hell. Aside from all the Trump supporters walking around in their fugly MAGA hats, I don’t ever need to be in a place where free T-shirts are being thrown at me. I still have way too many dumb shirts from college, and I really doubt the Trump ones are comfortable or cute enough to wear, even in the privacy of my own home. Thanks, but no thanks.

Luckily, it only took Rihanna an hour to notice the use of her timeless banger at such a heinous event, and she responded to the tweet with the perfect amount of shade.

Not for much longer…me nor my people would ever be at or around one of those tragic rallies, so thanks for the heads up philip! https://t.co/dRgRi06GrJ

Honestly, if Rihanna calls your rally “tragic,” you might as well just pack up and go home, because it’s obviously canceled. Sorry Trump-ers, but Rihanna said what she said. That all happened on Sunday night, and like clockwork, Rihanna’s legal team sent Trump a cease and desist letter on Monday.

Here’s a sneak peek of my new favorite letter:

“It has come to our attention that President Trump has utilized musical compositions and master recordings, including her hit track ‘Don’t Stop the Music,’ in connection with a number of political events held across the United States. As you are or should be aware, Ms. Fenty has not provided her consent to Mr. Trump to use her music. Such use is therefore improper.”

Ugh, I love it. I’m a fan of every Rihanna persona, but badass political activist Rihanna is definitely one of my favorites. Rih is the second big star in the last couple weeks to blast Trump for using their music, and there are sure to be more. Just last week, Pharrell sent a similar letter after President Trump played his song “Happy” at a rally on the same day as the synagogue shooting. Of all the psycho things Trump has done, that might be one of the most awful. Like, read the room.

FLORIDA: You have the opportunity to make history this election. The US has only had four black Governors in its entire history, and we can help make #AndrewGillum the next one and Florida’s first! If you’re tired of feeling like you don’t matter in the political process, know the most important thing you can do in supporting a candidate is finding someone who will take on critical issues such as: making minimum wage a livable wage, paying teachers what their worth, ensuring criminal justice reform, making healthcare a right, and repealing Stand Your Ground. That’s a platform we MUST support. Let’s #bringithome, Florida. Vote @andrewgillum. And VOTE YES on Amendment 4 to restore voting rights to folks who have already paid their debt to society. VOTE on November 6th!

So don’t forget to vote today, and blast all the Rihanna you want while you’re doing it. It’s a mood.