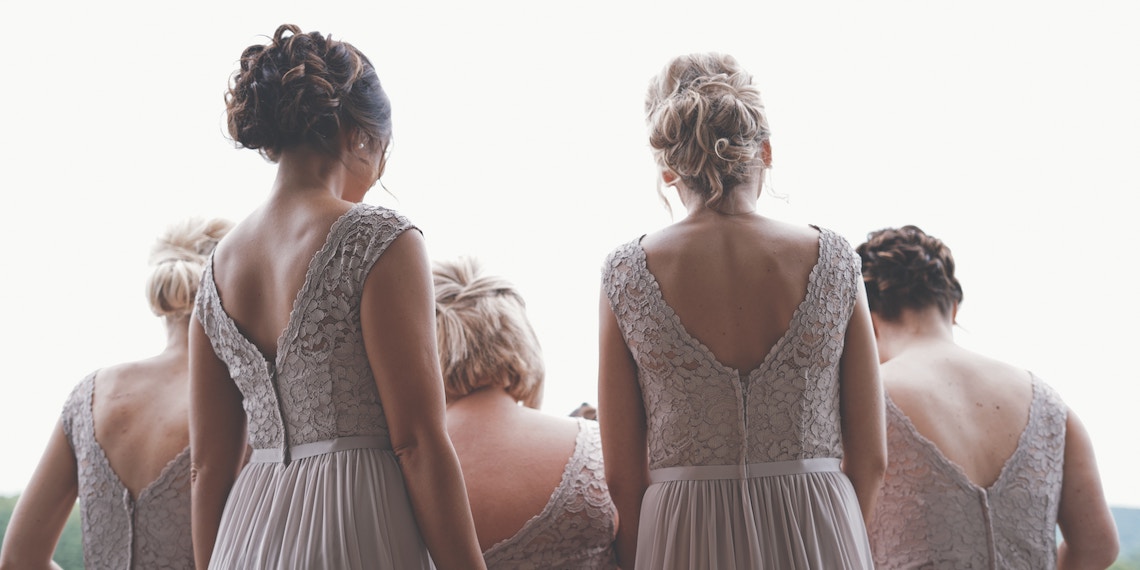 Buckle up, cause we’ve got another atrocious yet hilarious viral bridesmaid/wedding horror story for your viewing pleasure. Honestly, what did we do at work BEFORE Reddit? Like, actually work? Lame, fam – let’s revel in other people’s drama.

Because at our core we’re really all just messy b*tches, this story about a bridesmaid who’s been pushed too far is giving us life. Fox News, Trump rag extraordinaire, carried the story last week, and after digging around on the internet i.e. clicking the links that the good people at Fox provided (um, you’re welcome), I’ve got the full insane picture of this absolute nightmare scenario.

This whole story starts out as an “Am I The Asshole” thread, led by a soon-to-be bridesmaid in an upcoming May 11 (this f*cking weekend) wedding. Basically, said chica is being asked to walk arm-in-arm down the aisle during her best friend’s wedding with her now ex-fiancé. Normally, this would be a typical, “hey, suck it up” scenario. However, what the ex-fiancé is accused of doing is laughably sh*tty:

“Jump into the worst week of my life. I was with my ex fiancé for 6 years. Loved him with every fiber of my being, wedding planned for August. Refused a job offer so could move with him for his next Air Force assignment. Monday a call girl from a website called massage republic texts him in the middle of the night saying she’s reaching out to old clients because she’s back in the game (his phone was at my house while he was flying) I text back she must have wrong number. She says she doesn’t. In a moment of brains I pretend to be him instead of the jealous girlfriend and call girl gives me all the details. I’m such a fool this had been happening under my nose for years.”

So, first off, “he was flying” leads me to believe this asshole is a pilot. RULE NUMBER, LIKE, THREE OF DATING BROS – Never marry the pilot. I’m sure there are great non-cheating pilots out there, but these guys are NOTORIOUS for bangin’ round the world.

“I confront him, he claims to be a sex addict and promises to change. I consider it for half a second and say no. Cue uncontrollable crying, self doubt, a battery of STD tests, awkward encounters with him, fight over the ring, his mom (who I loved) calling me non stop and begging me to reconsider and on and on.

And on top of all this my best friend is marrying his best friend may 11th. Groom doesn’t want to rock the boat at this late date and selecting a new best man. Bride says she has way too much in her plate and is begging me to just go through with it and she’ll ‘make it up to me.'”

I’m sorry, but am I the only one who thinks the bride here is kind of an asshole for making the scorned bridesmaid walk down the aisle with this mouth breather?! I would NEVER ask one of my friends to suck it up in this situation.

This poor girl continues to, well, spiral through her emotions via Reddit. Not only is she feeling self doubt and horror at her current fiance situation; she’s also caught wondering if she’s a bad friend for NOT WANTING TO BE WITH HER PROSTITUTE-LOVING EX.

“I’ve never hated a human being as much as I hate him. I can’t be in the same room with him let alone walk arm in arm with him. I understand the whole wedding doesn’t need to fall apart because I’m upset. so I just want to not go and spend the day downing the left over percocets from my wisdom teeth operation, fucking as many tinder dudes who can stand to be around me after not showering and burning all his shit.

Would I be the asshole if I back out of the wedding?”

May I be the first to say, “baby, what is you doin?” This bridesmaid shouldn’t be made to go through having to even TOUCH this man, let alone walk with him and pretend it’s all whatever. She’s a pretty good person, in my book, for even stating that “the whole wedding doesn’t need to fall apart because I’m upset.” If it were me, I’d probably try to highjack the entire wedding and make sure EVERYONE knew this guy was a radioactive asshole. But, I’m not a nice person, so…

After Fox News (and other fake news outlets) blew up this thread, the bridesmaid returned to answer a few questions and fill in the blanks for those of us VERY invested in this whole ordeal.

“I have to clear up people calling my best friend the asshole. That just isn’t the case, at all. I love her as much as I love any person on the planet and she has my back. But this wedding is now a week away. It’s not a simple thing of kicked me out or asking ex-fiancé not to come. Everyone is furious with him but only she, me and he know the details of call girls. My ex’s parents, grandparents and everyone else are going to be at the wedding. He’s as close with the groom as I am with her. If they make big changes now then the day becomes about what HE did, not about the wedding. It’s not my place to demand the groom change his best man… a week out no less…plus like I said he knows my ex cheated, he doesn’t know my ex was sleeping with prostitutes. If I bring that up then this whole week becomes about THAT. My best friend and her groom being assholes isn’t even an option on the table. They didn’t do anything wrong and just reacting with the best information they have. My friend has offered me the chance to allow me and ex-fiancé to walk in with other people or even separately, but I’m not going to do that. First of all because I think it will look weird. And secondly I foresee getting a sick since of satisfaction of touching him ONE LAST TIME–FOREVER and have him know that that spark he feels…could have been forever come August but he fucked it up.”

Hmmm, so I can sort of see why she almost has to suck it up in this case. Cheating is one thing and is, yes, horrible, but since no one knows the ex cheated with a bunch of dirty hookers, it has to stay on the DL … at least until after the wedding. If it were me, as soon as the dust settles, I’d put that motherf*cker on blast.

Parting mood courtesy of this bridesmaid who, honestly, honey, if you read this, let’s be friends: “I’m going to suck it up, participate, have fun, make my lock screen image the text from “Panama” where she said “remember, you liked tounging my asshole?” so when I get sad I have an instant reminder of who he really is. And then when it’s all over I’m going to scream myself hoarse and beat the ever living f*ck out of my pillows.”