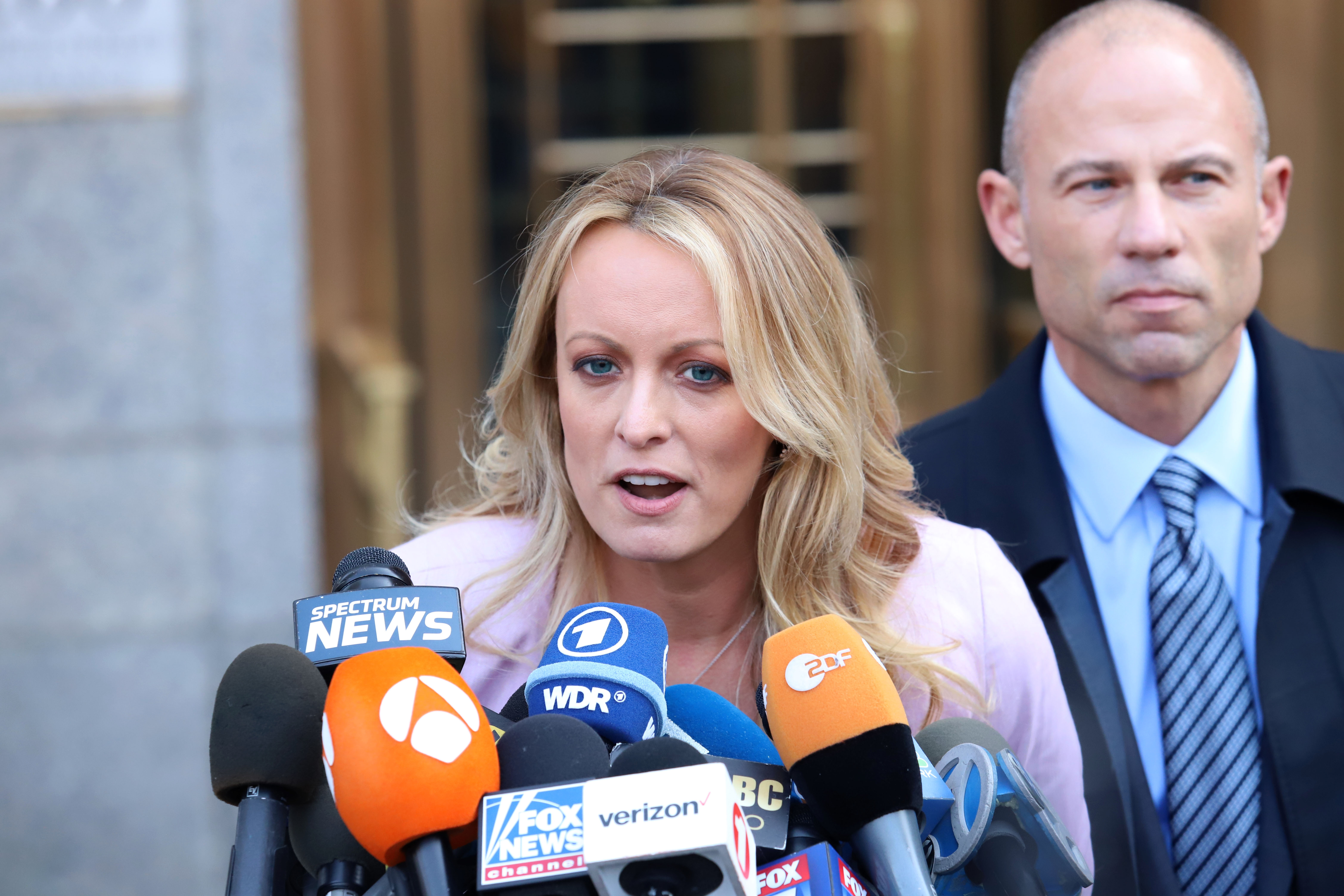 Well, folks, it finally happened. And by “it” I mean “adult film actress Stormy Daniels released a book with a detailed description of President Trump’s penis.” I’m so sorry. I’m sorry to you, dear readers. I’m sorry to my future children. I’m sorry to my ancestors. Frankly, I’m just sorry. I guess when Stormy titled her book Full Disclosure she wasn’t kidding.

How Do We Even Know This Sh*t?

A British newspaper received an advance copy of Stormy’s book, and just like a middle schooler who got their hands on a sex ed book, they flipped right to the part that talks about penises. Specifically, the president’s penis. George Washington would be so, so proud.

Read on if you want to hear Stormy’s description of the infamous Trump Cheeto, but if you don’t want to have it’s big reveal in The Pee Tape spoiled, we understand.

I Can’t Believe I’m Asking This But, What Did Stormy Say About Trump’s D*ck?

Well, if you insist. Firstly, Stormy described sex with Trump as “the least impressive sex I’d ever had,” which is actually a way better review than I would have expected. The two apparently hooked up at Trump’s penthouse after a golf tournament in Lake Tahoe, while Melania was casually taking care of a newborn baby Baron. This is the exact affair that led to the $130,000 payment from Michael Cohen, which led to Michael Cohen pleading guilty and agreeing to cooperate with Mueller, which led to Trump being impeached for campaign fraud (pending). Oh what a tangled web we weave when we f*ck a porn star during a golf trip.

Okay, But What Did She Say About Trump’s D*ck Tho?

Okay, okay, I’m getting to it. I just had to mentally prepare to type these words. According to Stormy, “He knows he has an unusual penis. It has a huge mushroom head. Like a toadstool.” And if you thought “huge mushroom head like a toadstool” was where we tapped out for the day, think again. Stormy also described it as “not freakishly small” (again, a better review than I’d expected), but the real kicker comes when she says that during the sex she laid there, “annoyed was getting f*cked by a guy with Yeti pubes and a d*ck like the mushroom character in Mario Kart.”

Aaaaand now if you’ll excuse me, I have to text my boyfriend and tell him all Mario games are henceforth banned from our home.

Anything Else I Should Know?

Other important details include: Trump’s fear of sharks, Trump’s insistence that they watch Shark Week while f*cking, the fact that Hillary Clinton called while she was there,  and that Trump offered her a spot on The Apprentice in exchange for some mushroom d*ck action.

In other news, I now have PTSD from writing this article and will be taking the next six weeks off work to recover.